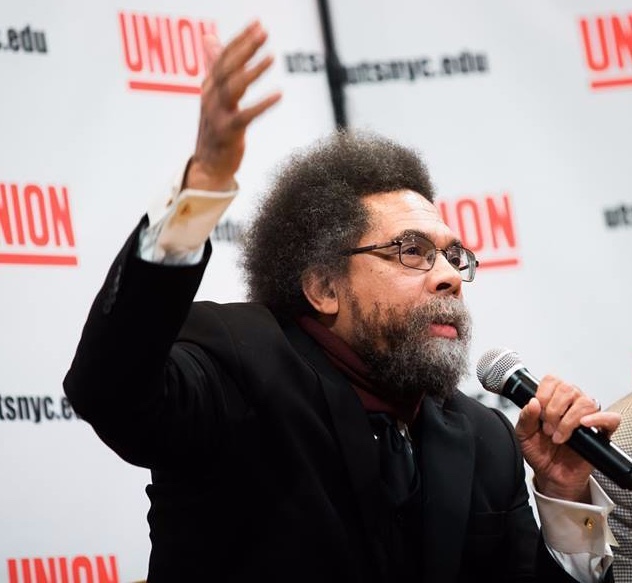 “We are thrilled to welcome Dr. West back home to Union where he started his teaching career, at this time of momentous challenge — and opportunity, and especially as the Dietrich Bonhoeffer Professor, ” said Dr. Jones. “Dr. West lives and breathes the values that Union aims to instill in all of the future leaders, scholars, ministers, and activists we educate. His esteemed legacy of engaging the most pressing problems facing our world — including racism, poverty, sexism, and so much more — is an inspiration to all, and illustrates the power of faith to create profound change.”

Dr. West is a graduate of Harvard University, and holds a M.A. and Ph.D.in Philosophy from Princeton University. He was recently invited to deliver the renowned Gifford Lectures in 2024 in Edinburgh, one of the most prestigious global honors in the field of theology. At Union, where Dr. West previously served from 1977-84, 1987-88, and 2012-16, he will teach courses which include Bonhoeffer, as well as courses in Philosophy of Religion, African American Critical Thought, and a wide of range subjects in philosophy, politics, cultural theory, literature, and practice. He will join the faculty on July 1, 2021.

“I am honored to return back home to Union, to a place with brilliant faculty and moral tenacity and that provides an opportunity to continue to work with students who are eager to put their faith into practice while striving for justice and seeking of truth,” Dr. West said.

The prestigious chair Dr. West will hold is named in honor of the renowned German theologian, who attended Union from 1930-31. It was originally established by former Union President, Donald Shriver, in the 1980’s, in partnership with the Bonhoeffer Stiftung, a German foundation that supports Bonhoeffer’s legacy.  Bonhoeffer’s time in New York had a significant impact on his faith, leading him to dedicate his life to theology and to resisting the threat of Christian nationalism. He was imprisoned and ultimately executed for his bravery — and has stood for decades as a symbol of what it means to embrace ethical existence, regardless of the cost. Bonhoeffer’s vision for the beloved community is still a vision that is not fully understood, much less embraced and embodied. His theological and ethical legacy is a treasure waiting to be more fully unearthed and whose value today is richer than ever. It is that vision and legacy that Dr. West exemplifies and will carry forth.