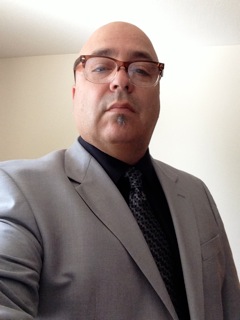 I am currently an Associate Professor of Early Christianity and Christian Origins at Loyola Marymount University, Los Angeles. I am also the Director of LMU’s American Cultures Studies Program and the Book Review Editor of the Journal of the American Academy of Religion. I serve on the American Academy of Religion’s Committee on Racial and Ethnic Minorities in the Profession, and I’m the former President of the Academy of Catholic Hispanic Theologians of the United States.

The best thing is teaching and interacting with undergraduate and graduate students.

Union taught me to be an intellectual transgressor. I was taught that all systems and bodies of knowledge are up for reinterpretation. I was taught that religious and theological studies, once construed, are as subjective as my own socially-located interpretations and that those former construction played a central role in the domination of peoples around the world. The capacity to coax my students to be intellectual transgressors empowers them by giving them voice and validation of that voice.

I’ve stayed connected to Union by serving on the Union’s Alumni/ae Council and attending Union Days annually. I also stay in contact with Union by being part of an informal network of Union alums that support each other professionally and intellectually. And my wife Denna and I have hosted several gatherings in our home of the Los Angeles-area chapter of the Union Alumni/ae Network.

Union is a profound and provocative institution. I am proud to be a Union alumnus. If you are ready to ask difficult questions about the very nature of intellectual inquiry and theological formation, then Union may be the place for you. Union is a place of rigor and agitation. The rigor prepares you for the hard tasks that you will encounter as working professionals, and the agitation prepares you to be an embodied intellectual and spiritual activist.