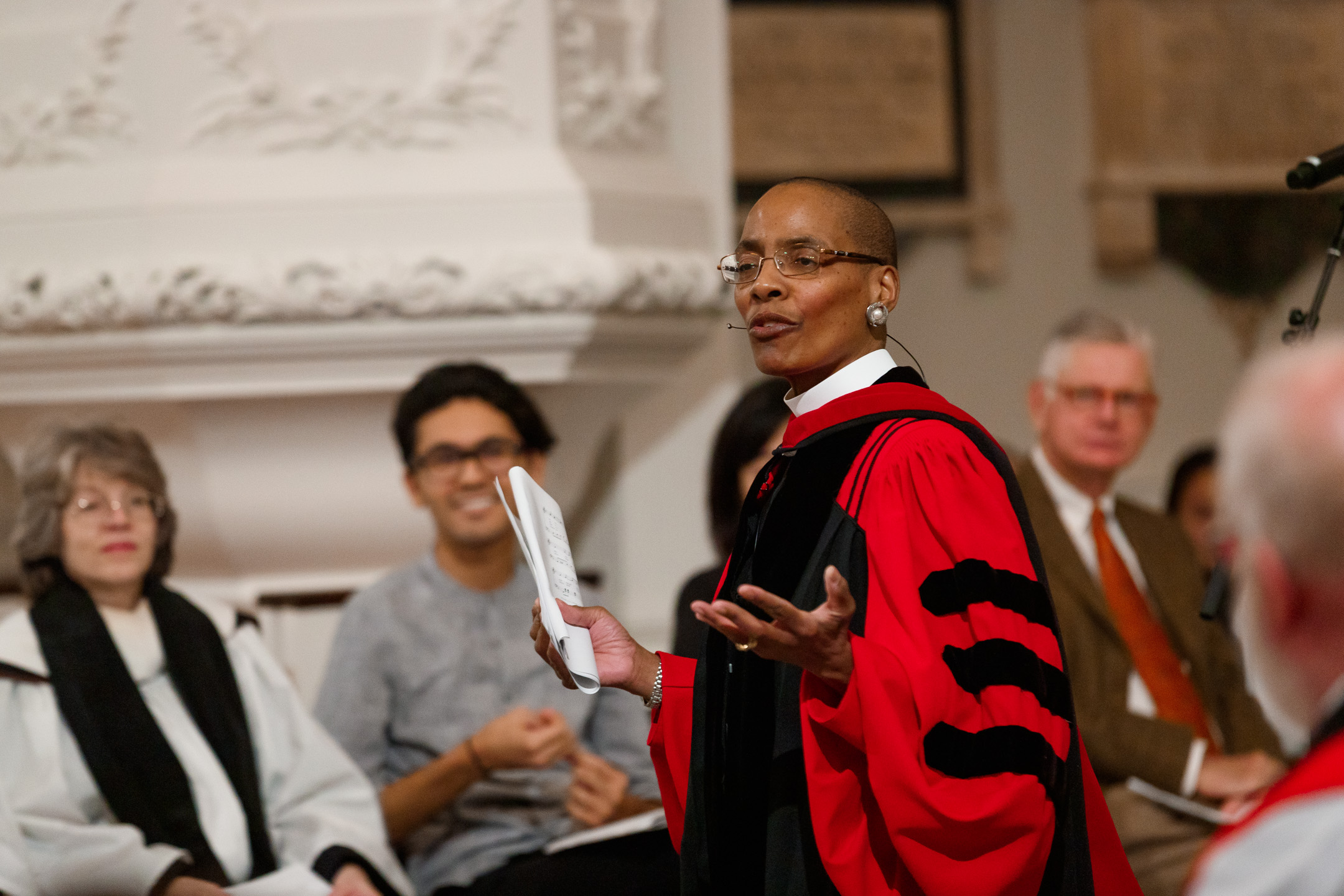 August, when the first ten students arrived for the Anglican Studies program. But it was the inaugural Convocation and installation of the Very Rev. Kelly Brown Douglas, Ph.D. as Dean last week, that cemented this new chapter for EDS at Union. The message was clear, this program, and its Dean, are ready to lead the way during this ‘warring soul time’. Notably, the naming of Douglas as Dean of EDS at Union was an historic moment, as she became the first African American and first African American woman to head an Episcopal seminary. 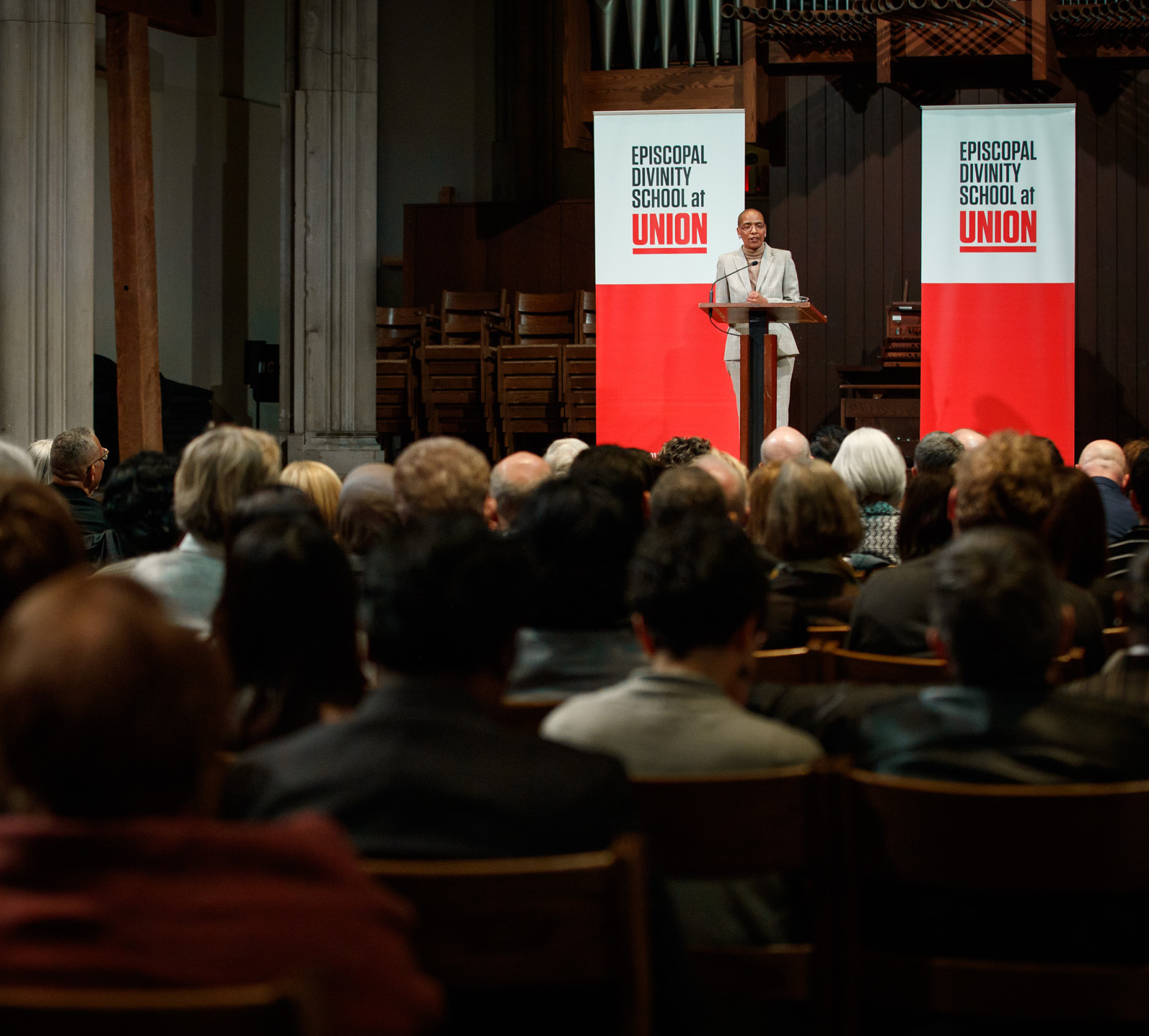 The theme for Convocation was Toward a Just Earth: Courageous Faith in Challenging Times and the two-night event couldn’t have happened at a more relevant time. On October 30, Dean Douglas gave her Dean’s Address, titled “The Soul of the Seminary”, to a full audience in James Chapel. [Click here to watch.] In it she shared that the work that must be done “to plant the seeds of justice” requires the following: moral dialogue even if it makes one uncomfortable, a moral imagination to keep fighting for justice that may not be immediately seen, moral proximity to the oppressed and others on the ‘very underside of justice’, and moral participation by welcoming others into safe spaces and raising our voices in opposition to all inequality.

The next night, at St. Paul’s Chapel, Trinity Church Wall Street, the formal Institution took place with all of 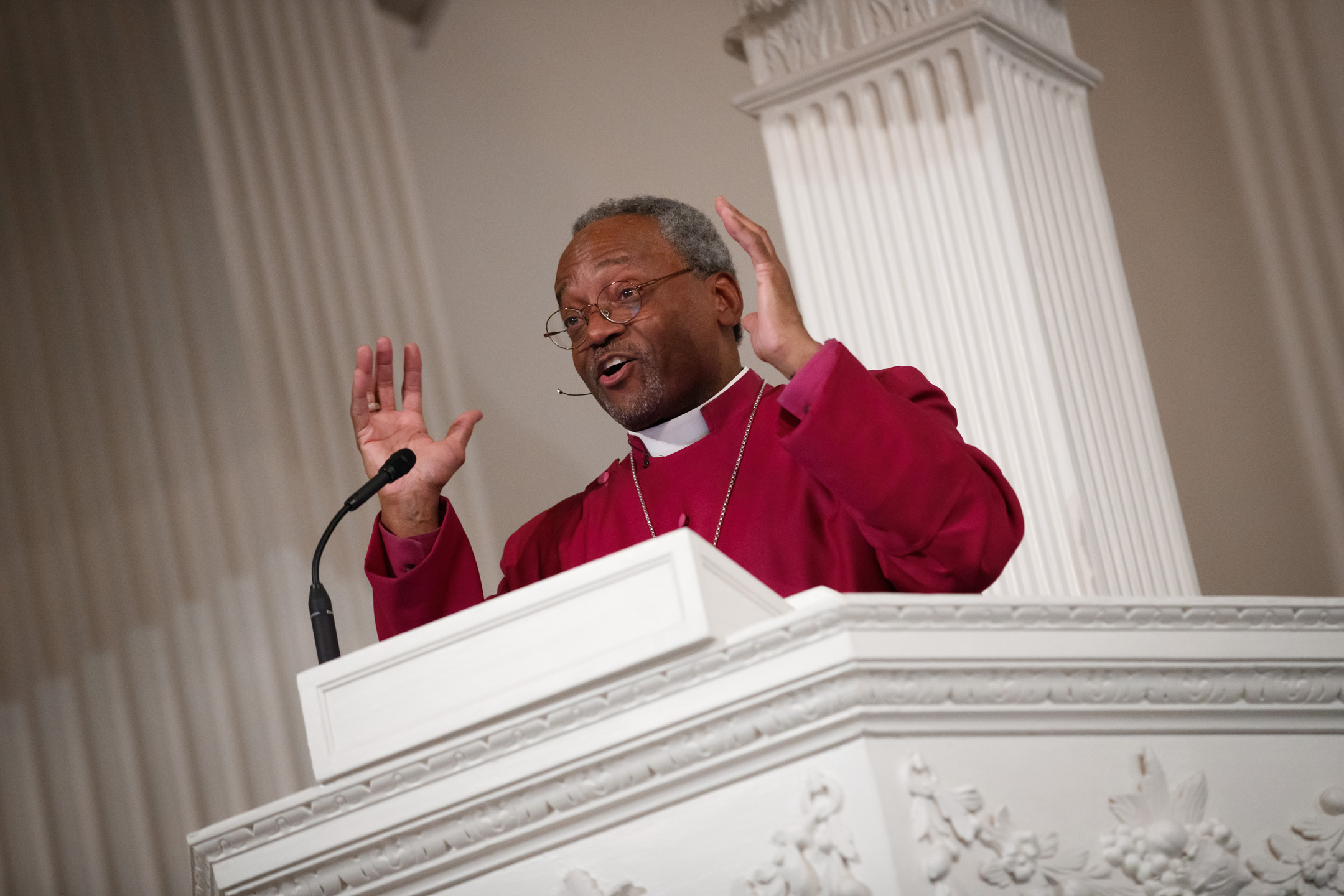 the pomp and circumstance of an Episcopal liturgy. The sermon was given by The Most Rev. Michael B. Curry, Presiding Bishop and Primate of the Episcopal Church. His energizing words implored that the soul of this nation will be saved through love, when that love is selfless and sacrificial. [Click here to watch.]

The messages from both nights were a clear call for EDS at Union, and all of us, to embrace the challenges of today as an opportunity to begin doing the tough work of transforming this present age into the just world we yearn to see.