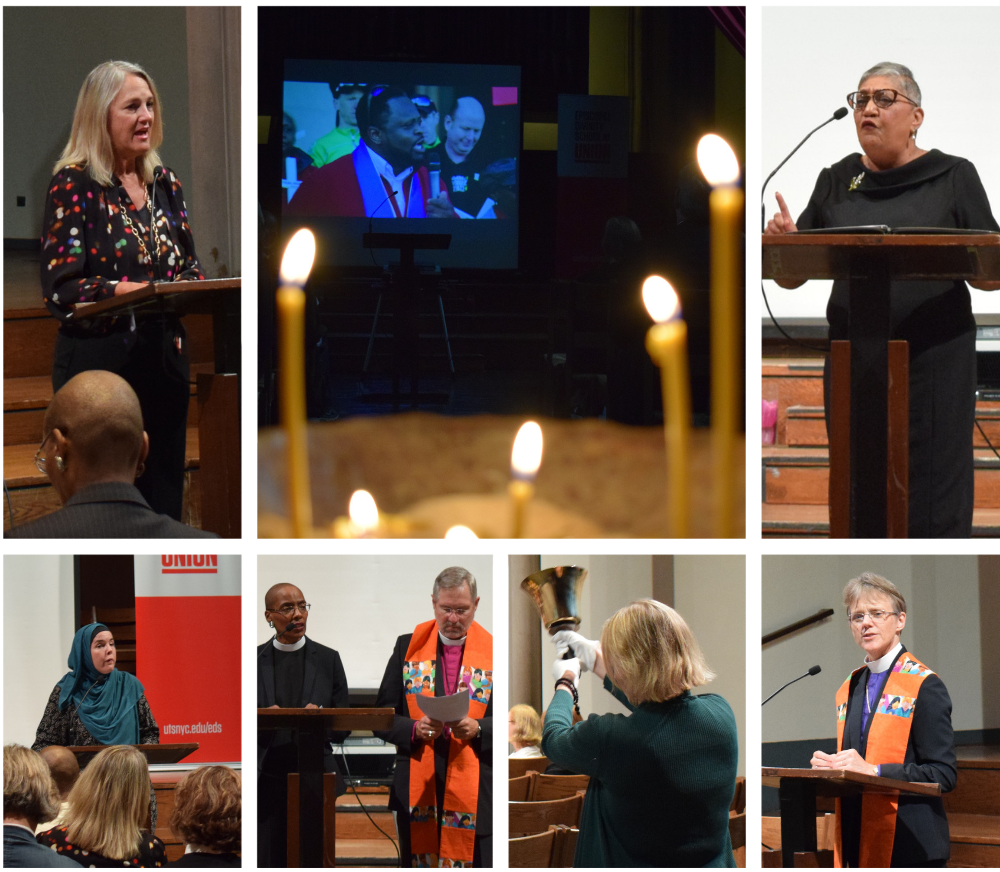 On October 3, 2018, Episcopal Divinity School at Union joined with Everytown for Gun Safety, Bishops United Against Gun Violence, and the Episcopal Peace Fellowship for an Interfaith Vigil Against Gun Violence in commemoration of the one-year anniversary of the largest mass shooting in the United States. A recording of the event is available here and a special podcast interview with Bishops Mark Beckwith, Marian Budde, and Ian Douglas is now posted on EDS at Union Now (available on iTunes, Spotify, and other places where you get podcasts).

EDS at Union Resolution and Statement of Principles on Gun Violence

In collaboration with our partners from Everytown for Gun Safety, Dean Douglas and members of the EDS at Union community drafted the following Resolution and Statement of Principles on Gun Violence:

Whereas 96 Americans on average are killed a day

Whereas on a monthly average, 50 women in America are killed by an intimate partner

Whereas the Episcopal Divinity School at Union is committed to building a just earth where all persons —especially our children—regardless of race, creed, color, gender or sexual expression can live and thrive into the fullness of their created humanity without the fear of violence—with guns posing one of the greatest violent threats

We resolve to partner with organizations like Bishops United Against Gun Violence and the Episcopal Peace Fellowship to advance the following principles:

In reviewing our partner organization websites, EDS at Union wishes to highlight the following key resources for congregational leaders wishing to engage their communities on this issue:

From Everytown for Gun Safety:

From Bishops United Against Gun Violence: