As the Episcopal Church heads to Baltimore for General Convention we will have new episodes of Just Conversations with Kelly Brown Douglas each morning from July 7 through July 12. In this podcast and web series, we explore the racialized inequities intrinsic to our nation and our collective responsibility to create a more just future.

Dean Douglas will speak with Church leaders about the issues being considered at General Convention and how we can build a more just and equitable church. But we didn’t want to go to Baltimore without hearing from the people in this city. So in each episode, we will also hear from local advocates, activists, and leaders to learn more about Baltimore and hear from them what the Church should know and do in this city.

You can listen to Just Conversations wherever you listen to podcasts (Spotify, Apple, Google, Stitcher, Podbean), or find the video on the EDS at Union Facebook Page, or YouTube Account.

In our first Just Conversation at General Convention, Dean Kelly Brown Douglas is speaking with Presiding Bishop Michael Curry and Founder of Campaign Zero DeRay McKesson. Bishop Curry talks about his hopes for the Church during the General Convention, and the decision to scale back the conference due to the ongoing threat of COVID-19. DeRay McKesson discusses hope and faith, what it means to show up and tell the truth in public, and his work at Campaign Zero.

In today’s Just Conversation at General Convention, Dean Kelly Brown Douglas is speaking with Bishop-elect of the Episcopal Diocese of Chicago, Paula E. Clark, and Julie Reeder and Tori Grace from the Baltimore non-profit Youth as Resources. Bishop-elect Clark talks about the most pressing challenges facing our nation and church today. Julie and Tori tell us about their process of empowering young people to bring about positive changes in their community.

In today’s episode, Dean Kelly Brown Douglas speaks with The Rev. RJ Powell and The Rev. Charles Graves, both members of the Church’s LGBTQ+ Caucus. They discuss resolutions that will strengthen LGBTQ+ and women’s justice in the church. They also talk about the Lambeth Conference and the recent murder outside the Inner Harbor. Our second interview is with Todd Cherkis from United Workers. Todd is an organizer who works with the Poor People’s Campaign. He has worked on many high-profile unionization battles in Baltimore city. He shares the history of the development of Baltimore’s Inner Harbor and his work to reframe the debate around development projects to center the conversation around workers’ rights, wages, and fair conditions.

On Saturday, The House of Deputies elected Julia Ayala Harris as their new president. Dean Kelly Brown Douglas speaks with the new Deputy-elect Harris about her new role, representation in the church, and some of her priorities for her upcoming term. In our second interview, Dean Douglas speaks with the CEO of Thread, Sarah Hemminger. Thread supports high school students by harnessing the power of relationships to create a new social fabric of diverse individuals deeply engaged with young people facing the most significant opportunity and achievement gaps.

Earlier this week, the General Convention of the Episcopal Church passed Resolution A127 which calls on the Episcopal Church to create a fact-finding commission and complete an investigation of the church’s ownership and operation of Episcopal-run Indigenous boarding schools. Today Dean Kelly Brown Douglas speaks with Bishop Carol Gallagher who spoke in the House of Bishops about the importance of this resolution. For our second interview, Dean Douglas spoke with D Watkins, Editor at Large at Salon and a New York Times best-selling author. They discuss growing up in Baltimore and some of the generational hardships that young people face growing up in urban areas.

For our final General Convention Podcast, Dean Kelly Brown Douglas spoke with The Rt. Rev. Sean Rowe, Bishop of the Diocese of Northwestern Pennsylvania. Bishop Rowe, who also serves as parliamentarian for the House of Bishops, reflects on The General Convention, and they discuss the ways that the Episcopal Church must respond to the threat of white nationalism in our nation.

Get an email each morning when we publish a new episode 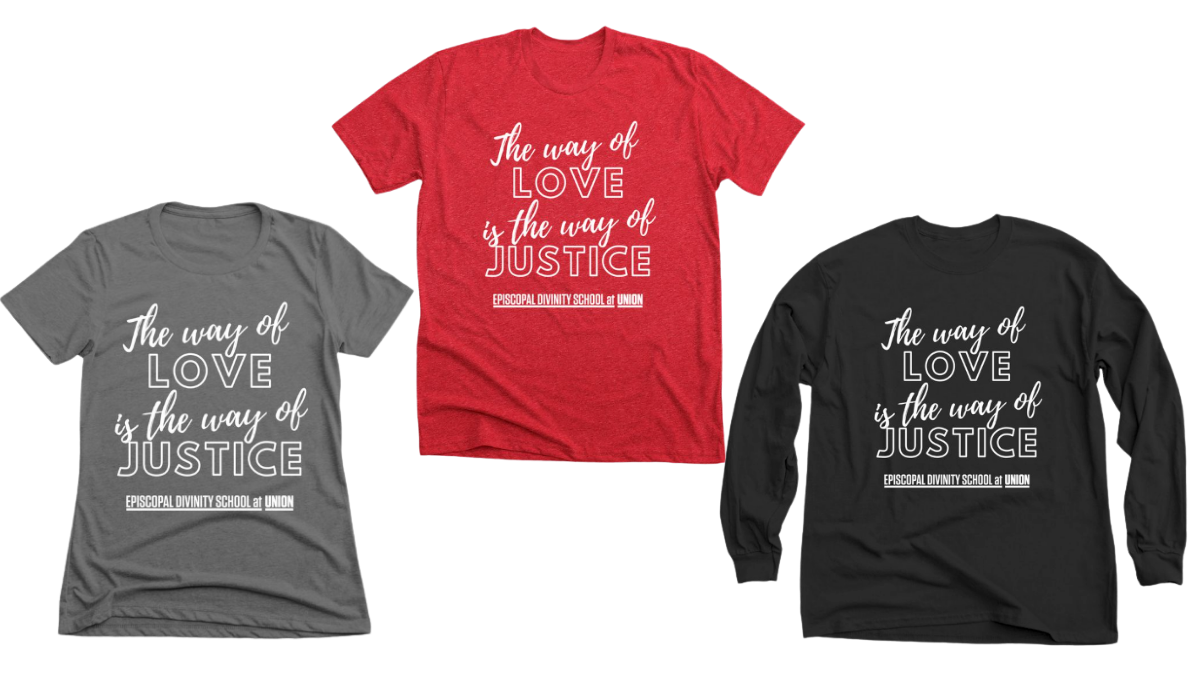 Support the EDS at Union by purchasing our end-of-the-year tee shirt. All proceeds from the sale of this tee shirt will be donated to the EDS at Union and our annual fund. Your generosity means a great deal to us and helps to support EDS at Union’s mission and vision. Available in three styles and four colors.