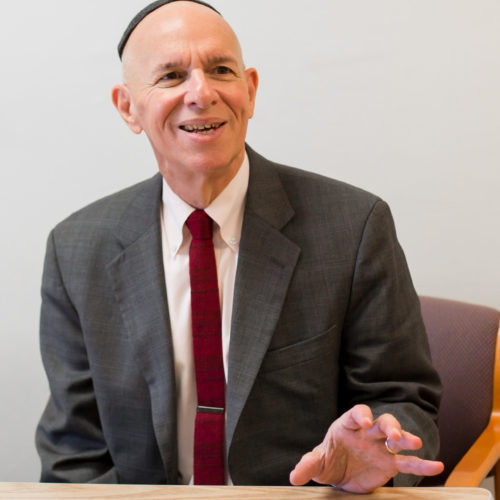 Alan Cooper is the Elaine Ravich Professor of Jewish Studies. He joined the faculty in 1997 as a professor of Bible, and has served as director of publications chair of the Bible faculty, and, from 2007 to 2018, provost of JTS. In 1998, he was appointed professor of Bible at the Union Theological Seminary, a nondenominational Christian seminary, becoming the first person to hold concurrent professorships at JTS and Union. Previously, he was a professor of Bible at Hebrew Union College–Jewish Institute of Religion, where for six years he was director of its School of Graduate Studies. He also taught religious studies for ten years at McMaster University in Hamilton, Ontario, Canada.

Dr. Cooper earned a bachelor’s degree in Religion at Columbia University. He went on to do his graduate work at Yale University, earning a master of philosophy degree and doctorate in Religious Studies. His doctoral dissertation was on the linguistic structure of biblical poetry. He also spent a year in Jerusalem as a Hebrew University postdoctoral fellow.

Dr. Cooper’s publications include a monograph on Canaanite divine names that appear in the Hebrew Bible, and many articles on biblical poetics and the history of interpretation. Recent articles include “Once Again Seething a Kid in Its Mother’s Milk” (in JSIJ [Jewish Studies, an Internet Journal]); “Some Aspects of Traditional Jewish Psalms Interpretation” (in The Oxford Handbook of the Psalms); and “Introduction to Leviticus” (in Engaging Torah: Modern Perspectives on the Hebrew Bible). His work in progress includes a commentary on Psalms 31 through 60 for the Jewish Publication Society.