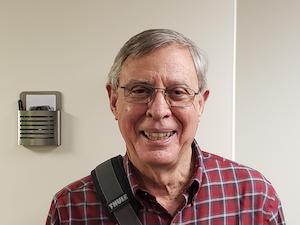 I was born in a part of the USA that keeps earning its reputation as segregationist and misogynist. As we read the Bible, my brilliant mother was not allowed to speak in worship for all her 90+ years! I earned a doctorate at Yale investigating the New Testament household codes that silence women and found that a white man in Greece, Aristotle, gave them form and content; they did not drop from heaven! Once liberated from an original, rural enclosed culture, I traveled to study diverse cultural values, first to the intellectuals in Germany, where I was fascinated by Ernst Käsemann, who had been imprisoned by the Nazis, then to Israel, later to the artists in Italy; I have spent the last 25 years studying the Roman art of Pompeii. My son, Justin, who loves Latin jazz, introduced me to Argentina, Puerto Rico, and Ecuador. I also studied briefly at the Catholic university in San Salvador, where I visited the chapel in which Oscar Romero was assassinated. The social, political, and spiritual meaning and context of Jesus, Paul, and Luke intrigue me, as well as the visual Greco-Roman culture in which they lived.

This seminar studies the Acts of the Apostles through a postcolonial biblical critical lens focusing on selected speeches. Themes and issues for exploration include contested divinities, images, spaces, faiths, missions, ethnicities, identities, politics, economies, and the role of empire in the making. Students cultivate understanding of the rhetoric of speeches and the stasis they engender as integral dimensions of identity and community construction.