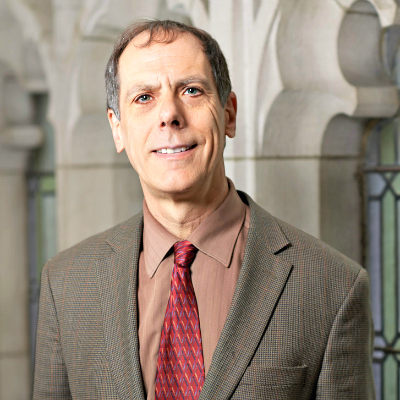 Professor David M. Carr received a B.A. in Philosophy from Carleton College in 1980, an M.T.S. from Candler School of Theology in 1983, and an M.A. and Ph.D. in Religion from Claremont Graduate University in 1988. Before coming to Union in August 1999, Dr. Carr served as an assistant, associate, and full professor of Old Testament at Methodist Theological School in Ohio from 1988-1999, being awarded the Williams Chair in Biblical Interpretation in 1998. He was the 1993-1994 recipient of the Alexander von Humboldt Fellowship and Association of Theological Schools Young Scholars Theological Fellowship in support of a year-long research project on the shape and formation of Genesis (1993-1994). Starting in 2005, he began serving as the American co-chair of the editorial board for a new International Exegetical Commentary on the Old Testament. (IECOT).

Professor Carr’s book-length publications include From D to Q: A Study of Early Jewish Interpretations of Solomon’s Dream at Gibeon (Scholars Press, 1991); Reading the Fractures of Genesis: Historical and Literary Approaches (Westminster, 1996); The Erotic Word: Sexuality, Spirituality and the Bible(Oxford, 2003); Writing on the Tablet of the Heart: Origins of Western Scripture and Literature (Oxford, 2005); (as co-editor) A Gift of God in Due Season: Essays on Scripture and Community in Honor of James A. Sanders, co-edited with Richard D. Weis (Sheffield, England, 1996); and Introduction to the Old Testament: Sacred Texts and Imperial Contexts of the Hebrew Bible (Oxford: Blackwell, 2010) along with (a briefer version incorporated in) Introduction to the Bible: Sacred Texts and Imperial Contexts (with Colleen Conway; Oxford: Blackwell, 2010); The Formation of the Hebrew Bible: A New Reconstruction (New York: Oxford University Press 2011); Holy Resilience: The Bible’s Traumatic Origins (New Haven: Yale University Press, 2014); The Formation of Genesis 1-11: Biblical and Other Precursors (New York: Oxford University Press, 2020); Genesis 1-11: A Commentary (in the International Exegetical Commentary on the Old Testament series; Stuttgart: Kohlhammer, 2021) and completely revised second editions of the above-listed textbooks: The Hebrew Bible: A Contemporary Introduction to the Christian Old Testament and Jewish Tanakh (Wiley Blackwell, 2021) and (with Colleen Conway) A Contemporary Introduction to the Bible: Sacred Texts and Imperial Contexts (Wiley Blackwell, 2021). Currently, Professor Carr is engaged in ongoing research linking the field of animal studies to interpretation of the Bible and exploration of how models for the formation and early use of the Bible could be informed by an interdisciplinary ‘scroll approach’ drawing on scroll research in Egyptology, Qumran Studies, Classics and other areas.

Professor Carr’s teaching and research interests include the formation and shape of the Bible, sexuality and gender in the Bible, the intersection of historical-critical and literary approaches to the Bible, the emergence of Scripture in the Jewish and Christian traditions, orality and memory, trauma and animal studies. Biblical books in which Carr has particular expertise include Genesis, Exodus, Isaiah and the Song of Songs. Dr. Carr also lectured at universities throughout the United States and Europe, and he has conducted numerous lectures and workshops for churches, synagogues, and other educational groups.

Video interviews, teaching resources and other information can be found at Professor Carr’s professional webpage: www.davidmcarr.com.

The Bible Beyond Humans: The Bible & Animal Others with Dr. David Carr

FALL 2021
The Hebrew Bible is a complex collection of texts written over many centuries in socioculturally distinct settings, reflecting a wide range of religious, political, historical, and ethical perspectives. Students engage in academic and critical study of the Hebrew Bible, seeking to understand diverse texts within their historical and cultural contexts.

BX 229
The Bible Beyond Humans: Biblical Construal of Animals
More

SPRING 2022
This course draws on fields such as animal studies, new materialism, posthumanism and object oriented ontology to reexamine the way the Bible organizes the world beyond humans, with a particular emphasis on how the Bible, especially the Hebrew Bible, has offered influential constructions of nonhuman 'animals'. The focus starts with the construction of the broader world in diverse strands of Genesis 1-9, but includes opportunities for engagement of texts across both Hebrew Bible and New Testament.

BX 241
Trauma and the Bible
More

SPRING 2021
This course explores how interpretation of the Bible is enriched through understanding how it speaks from and to trauma, particularly communal trauma (disaster, war, forced migration). The focus is several case studies, such as texts formed in Babylonian exile or in the wake of the crucifixion of Jesus. In what ways have the traumatic experiences of imperial attack and forced migration left their mark on these parts of the Bible, and are there ways in which these texts evoke and even help cultivate a collective identity oriented toward trauma in the communities who cherish the Bible as Scripture? How might insights inform interpretation of biblical texts?

FALL 2020
Students explore how interpretation of the Bible can be illuminated through being informed by diverse theoretical perspectives, such as orality studies, trauma studies, animal studies, postcolonial criticism, ecocriticism, queer theory, etc.

FALL 2021
An intermediate biblical Hebrew course; part one of a two-semester course. Students read prose texts in the fall, and poetry in the spring. Work includes issues of grammar, syntax, vocabulary, reading aloud, and use of critical tools.

SPRING 2022
Students read poetry as part two of this two-semester course. Work includes issues of grammar, syntax, vocabulary, reading aloud, and use of critical tools. Class meetings are determined between faculty and students in the fall semester, for both courses.

HB 339
The Book of Isaiah
More

SPRING 2021
A detailed exegetical exploration of the poetry, literary shape, background, and development of the book of Isaiah, including attention to the different ways Jews and Christians have used the book.

FALL 2021
This course begins by surveying Genesis 1-11, using texts from these chapters to learn and practice methods of historically-informed close reading of biblical texts. We also look at diverse non-historical readings of these texts and touch on New Testament readings of Genesis 1-11.