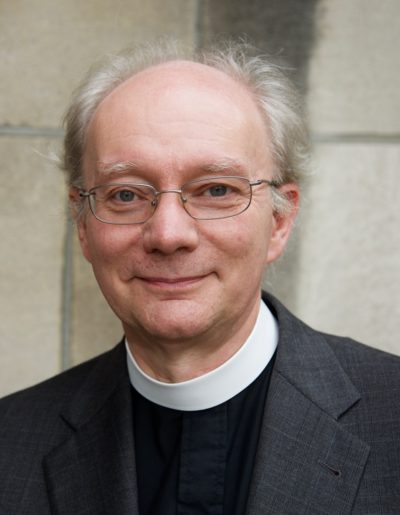 Euan Cameron was educated at Eton and Oxford, where he graduated BA in History in the First Class in 1979 and received the D.Phil. in 1982. From 1979 to 1985 he was a junior research fellow at All Souls College, Oxford. In 1985 he moved to the University of Newcastle upon Tyne, where he worked in the Department of History for 17 years, receiving promotions to Reader (1992) and full Professor (1997) and serving as Head of Department. He was awarded a Leverhulme Research Fellowship in 1996/7. In 2002 he was appointed as the first Henry Luce III Professor of Reformation Church History at Union Theological Seminary in New York, with a concurrent appointment in the Department of Religion in Columbia University. From 2004 to 2010 he also served as Academic Vice-President in the seminary. During 2010/11, while on sabbatical leave, he held a fellowship at All Souls College, Oxford.

Professor Cameron’s scholarly work analyses the role and transformations of religion in European society in the later Middle Ages and Reformation periods. His academic research first began in the area of religious dissent, especially the Waldensian heresy: he has published three books on that subject, The Reformation of the Heretics (1984), Waldenses: Rejections of Holy Church in Medieval Europe (2000) and A Companion to the Waldenses in the Middle Ages (2022) in collaboration with Professor Marina Benedetti of the University of Milan.

In 1991, Professor Cameron published his analytical history of the Protestant Reformation movements in Europe, The European Reformation, which remains in print and widely used. A fully revised and updated second edition of this book appeared in 2012. He also investigates the relationship between theology and popular belief through the debates over “superstition” from the Middle Ages to the Enlightenment: in this area he has published Enchanted Europe: Superstition, Reason and Religion 1250-1750 (hardback 2010; paperback 2011) as well as numerous chapters and articles. This work reviews how the debates over “superstition” helped to define the nature and boundaries of religious belief through several centuries of dramatic change.

Professor Cameron’s current research explores how Biblical and theological concerns informed and shaped historical thought in the Later Middle Ages and the Reformation era. He has edited the third volume of the New Cambridge History of the Bible for Cambridge University Press (published 2016). For this volume he contributed a chapter on ‘The Bible and the Early Modern Sense of History’ as well as chapters on Latin Bibles and the Luther Bible. During 2014-2015 Cameron held a Henry Luce III Fellowship in Theology to work on a project entitled “The Biblical View of World History 1250-1750: Rise, Refinement and Decline”, and is writing a monograph for Oxford University Press on this topic.

Professor Cameron also served as volume editor for The Annotated Luther, Volume 6: The Interpretation of Scripture, published by Fortress Press in 2017 as part of the commemoration of the 500th anniversary of the beginning of the Reformation. He contributed editions of Luther’s prefaces to Daniel and Romans as well as writing the introduction.

Professor Cameron co-hosted, with Professors Dorothea Wendebourg (Berlin) and Martin Ohst (Wuppertal), the third in the series of “Sister Reformations” conferences comparing the German and British Reformations, held in the Humboldt-Universität in Berlin in April 2018. The conference proceedings were published as Sister Reformations III: From Reformation Movements to Reformation Churches in the Holy Roman Empire and on the British Isles, edited by Dorothea Wendebourg, Euan Cameron and Martin Ohst (Tübingen: Mohr Siebeck, 2019).

In addition, Professor Cameron has edited two survey volumes on European History in the early modern period (c. 1500-c. 1800), the widely adopted college text Early Modern Europe: An Oxford History (1999) and The Sixteenth Century, in the series Short Oxford History of Europe (2006) which has been translated into Spanish, Portuguese and Polish.

Professor Cameron has also published over 70 articles and chapters, and regularly contributes to the standard works of reference in Church History. He regularly lectures around the US as well as in Britain and Europe. He has appeared on television and radio in the UK and US, including appearances on the series Millennium Minds, for Channel 4 Television (1999), the frequently re-broadcast Lion Television / PBS mini-series Martin Luther (2002) and Lord Bragg’s series on the history of ideas, In Our Time, BBC Radio 4 (2002). More recently he has been interviewed for CBS, OWN, Showtime and ABC as well as numerous production companies. He contributed to the Kessler Conversations series, hosted by the Pitts Theological Library at Emory University commemorating the 500th anniversary of the publication of Martin Luther’s German New Testament, and his talk may be seen online here.

Professor Cameron takes very seriously the relationship between faith commitments and historical insights. In 2005 he published his personal account of the relationship between history and faith, Interpreting Christian History: The Challenge of the Churches’ Past. He was ordained deacon in the Episcopal Church of the USA in March 2014, and Priest on September 27th 2014. Since his ordination as priest he has served in part-time parish ministry within the city of New York, especially at the churches of the Heavenly Rest and St Edward the Martyr, and also in Connecticut.

SPRING 2022
An introduction to the history of the Christian Church in the Western European tradition between the rise of the medieval Church in the West c. 1000 and the twentieth century. This course includes some discussion of the high and late middle ages, the Reformation and Confessional era, the Enlightenment, the era of Romanticism, the movements of Higher Criticism and Liberalism, and the modern Church. Deliberately excluded is the history of the churches in North America addressed in CH 109.

SPRING 2022
This course explores different ways in which groups of people lived as Christians, but not fully as part of the official “approved” church, between c. 1000 and c. 1500 in Western Europe. In theory, every Christian baptized at this period entered a lifelong binding obligation of loyalty to the Church led by the Roman Papacy. Yet many were also born into dissenting traditions of various kinds, who supported each other through semi-secret bonds of community. Such people – men, women and children, often of modest means and education – were criminals in the eyes of the institutional church. They left traces of their lives and beliefs because they were, from time to time, brought to trial, interrogated, and for the most part obliged to retract their beliefs, and sentenced to penances. Studying these marginalized, intermittently persecuted people entails interesting challenges of historical method; it also presents a fascinating case study in the nuances of belief, before belief became a voluntary decision.