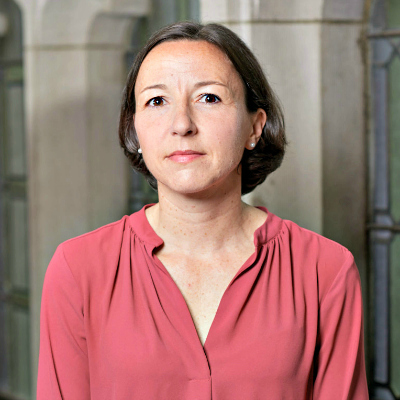 Dr. Azaransky is author of This Worldwide Struggle: Religion and the International Roots of the Civil Rights Movement (Oxford University Press, June 2017) which identifies a network of black Christian intellectuals and activists who looked abroad, including in other religious traditions, for ideas and practices that could transform American democracy. From the 1930s to the 1950s, they drew lessons from independence movements around for the world for an American racial justice campaign. The book reveals fertile intersections of worldwide resistance movements, American racial politics, and interreligious exchanges that crossed literal borders and disciplinary boundaries.

Dr. Azaransky’s other publications include The Dream is Freedom: Pauli Murray and American Democratic Faith (Oxford University Press, 2011) and an edited volume Religion and Politics in America’s Borderlands (Lexington, 2013). She is co-author of the successful application for Pauli Murray’s childhood home in Durham, NC to be named a National Historic Landmark.

She is currently working on a book about mid-century campaigns to desegregate New York City public schools and on a spiritual biography of Bayard Rustin.

Dr. Azaransky earned her B.A. with High Honors at Swarthmore College with a major in Religion in 1998. As a Watson Fellow, she conducted research on cross-community women’s peace organizing in Northern Ireland, Israel and the West Bank, and Sri Lanka in 1998-1999. She received her Master of Theological Studies from Harvard in 2001 and her Ph.D. from the University of Virginia in 2007. Before joining the Union faculty, she taught in the Department of Theology and Religious Studies at the University of San Diego.

SPRING 2022
This course introduces students to the field of ethics, particularly Christian social ethics, through a range of classic and contemporary texts. Students learn methods of ethical analysis (virtue, teleological, deontological, and liberative) and investigate contemporary social issues, including sexuality, racism and poverty. The course aims to build our capacities to analyze social conditions and identify constructive and creative moral actions that may lead to more justice.

SPRING 2022
The course examines how North American and European Christian ethicists have initiated and responded to questions of heterosexism, traces the history of queer and LGBTQI studies, and considers how Christianity has contributed to the construction of categories of sex, gender, and sexuality and whether the tradition constrains and/or encourages sexual freedom and equality. Includes an international focus on how Ghanaian theologians, historians, and activists engage similar questions.