He Showed Them His Wounds 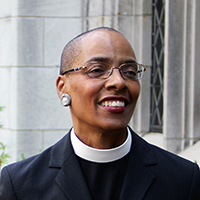 Her name was Sandra Parks. When she was in the sixth grade she wrote an award-winning essay in her school’s districts Martin Luther King, Jr. essay contest. She wrote of the traumatic wounds she endured in her Milwaukee neighborhood as she described a world where “little children are victims of senseless gun violence.”   Two years after writing that essay, 13-year-old Sandra Parks was killed in November 2018 when a stray bullet fired from a gun on her street entered her house and into her bedroom where she was watching television.

Her name was Jakelin Amei Rosmery Caal Maquin. She was loved by her mother, father, grandparents and the people of her small town in Guatemala. As a Q’eqhi Mayan, she suffered from wounds of extreme poverty and violence of drug wars. Seven-year-old Jakelin died on December 8, 2018, in the custody of the U.S. Border Patrol as she and her father were seeking a place of safety, freedom and, life

His name was Nigel Shelby.  His mother says he was a “vibrant, outgoing and fun-loving 15-year-old who would do anything he could to make others smile. He suffered from the wounds of the incessant anti-gay bullying he endured at his Huntsville Alabama high school.  On April 18, 2019, he died from suicide.

There is something about the wounds. Our gospel reading for this service during this second week of Easter is rich with meaning from locked doors of fears, to unbelieving doubt and believing signs. However, for me at this moment that we find ourselves living, that which stands out most in the story are the wounds of Jesus. “Peace be with you,” Jesus  proclaims after which, “He showed them his hands and his side.”

Now, that Jesus shows his crucifying wounds is about more than convincing the disciples in hiding behind the locked doors or even, Thomas that He is the very same Jesus that was crucified, and he was. Rather, the point of this matter is this: he showed them his wounds even before doubt was expressed. That he showed his wounds, therefore, was not so much to prove his identity as the crucified one, but instead to witness yet again to his solidarity with those who are wounded by the crucifying realities in our world. Make no mistake about it, that Jesus was crucified affirms his absolute identification with the Sandras, the Jackelins, the Nigels and all other persons who are wounded by crucifying realities of injustice in our world.

But that is not all, for the Jesus story does end with his death on the cross. For as we read this afternoon, when the crucified Jesus appears to the disciples behind locked doors drawing attention to his hands and his side, he is proclaiming nothing less than the fact that crucifying wounds do not have the last word. That is what the Resurrection is all about! The resurrection of the one who died on the cross makes clear that the last word is God’s, and the word that is God’s is a word that triumphs over any crucifying realities that demean the sacred dignity and/or deny the sacred life of any one of God’s children—who by the way is anyone that has breath or has ever had breath (more on that in a minute). For now, as we follow the gospel story, it goes on to tell us that Jesus human being proclaims once again, “Peace” after which he sends the disciples out. “As God has sent me, so I send you.”

To be sure, there is a lot that can be said about this scene of sending—too much to capture in the short time before me—but the point of all of that is going on is this. In sending the disciples as he was sent by God, Jesus is sending them to those places where people are wounded by crucifying realities. And in being so sent, they are called to feel, to touch, to know the wounds of the crucified (as Thomas was called to feel and touch Jesus hands and sides) so to be able to partner with God in bringing forth a real peace, that  peace which overcomes the wounds that are theirs,  that peace that is justice—that peace that fosters a life which allows them to grow into the fullness of whomever God created them to be—the life that God promises to us all through the very breath that gives us so that we, in fact, may live.

And so it is, that the very same breath that God breathes to bring forth life in the Genesis beginning, is the breath that Jesus breathes on the disciples so to empower and sustain them as they go out to do the work of the peace that is God’s. “Receive the Holy Spirit,” Jesus says.

And so what? What does all of this mean for us as we sit here in James Chapel on this Second Thursday in the Easter Season? It means that all who would proclaim to be followers in any way of the crucified Jesus, all who would be Jesus disciples are called to a place of “proximity” if you will with those who are wounded by the crucifying realities of our world that would deny them the very sacred dignity and life that is theirs by virtue of the very breath they breathe. We are called, therefore, to be for them a life-giving force that fosters the peace that is God’s justice. We are called to the crucifying realities of white supremacist, misogynistic, xenophobic, LGBTQ hate, to the places were the resurrected and wounded Jesus can be found.  “But lord, where did we see you wounded and on the cross?” And Jesus would answer: “In a bedroom on a gun-ridden street with Sandra, or at the US/Mexican border with Jakelin, or in an anti-gay bullying classroom with Nigel.” We are called to these crucifying places in our world to partner with God in being a life-giving force that fosters the peace that is the very life-affirming justice of God.

And here is the thing I know, though the work may be hard and overwhelming. We have no excuse not to do it and to stick with it—for God has given us all that we need—all we have to do to receive it is to take a breath—for each time we take a breath we take in the very empowering spirit of God.

And so there you have it. This story that we read on this afternoon, inasmuch as it is about the resurrection of Jesus—is not a story about proving who the resurrected Jesus was—it is a story about sending—sending us into the places of the crucified wounded, proclaiming the Peace that is Gods.

Their names were Sandra, Jakelin and Nigel. There is something about the wounds. “Peace be with you,” he said.  “As the Father has sent me, so I send you. . . Receive the Holy Spirit.”