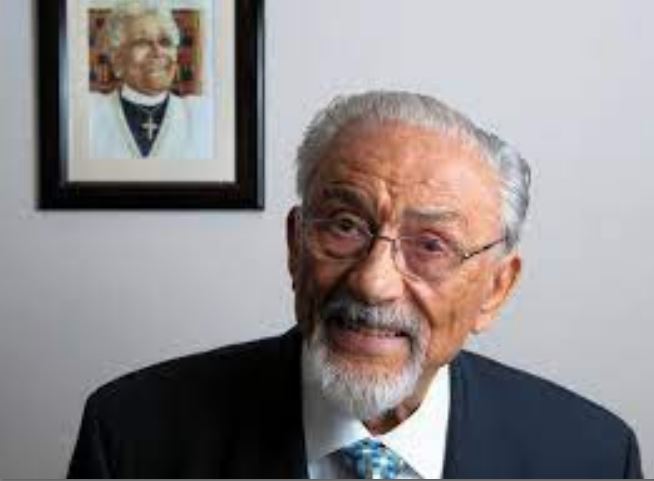 It is with great sadness that I share that a giant in theological education and Christian ministry circles has passed, Union alum, Rev. Dr. Henry H. Mitchell. Over the years, I had many blessed chances to spend time with Rev. Mitchell and his family and enjoyed hearing his stories about the time he and his beloved, late wife, Dr. Ella Pearson Mitchell, spent at Union. He was a truly remarkable man who made tremendous academic and ecclesial contributions not just to the world but to countless individual lives.  Rev. Mitchell’s incredible legacy lives on with all those he impacted, including especially the many Black ministry students and pastors he mentored and inspired at Union and across the nation.

Rev. Mitchell was the author of three texts, Black Preaching, The Recovery of Preaching and Celebration and Experience in Preaching. He co-authored two other books, Soul Theology and Preaching for Black Self-Esteem with Dr. Emil M. Thomas. In 2004, his Black Church Beginnings, 1650-1990, a radical rewrite and correction of early Black Church History, was released by Eerdmans Publishing. The Mitchells’ inspiring love story, Together for Good, was originally published in 1999 and re-released by Judson Press in 2005.

Rev. Mitchell was awarded an honorary D.D. degree by the American Baptist Seminary of the West and an honorary L.H.D. degree by Lincoln University. He and his wife were also the recipients of the 2008 Union Theological Seminary Trailblazer Award.

With deep sadness and with gratitude for the gift of Rev. Mitchell’s life and legacy,