In Church and in Theater, It’s O.K. to Just “Let Things Be Messy”

This interview with Shannon TL Kearns, M.Div. ’09 was originally published in the Union Collective Spring 2020 Issue 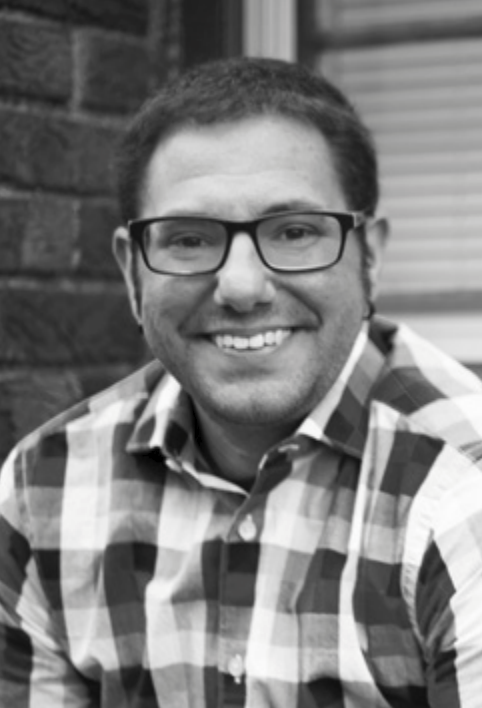 Why did you start the Uprising Theatre Company?

I grew up doing what I affectionately call a lot of church-basement drama—a lot of really terrible theater that was focused on justice issues or on trying to win people over. And when I got back into theater, after a long time away, I did a production of The Laramie Project, which is about the murder of Matthew Shepard. Because I was struck by people’s responses to that piece, I started to wonder if there was a way to do really high-quality theater about social justice issues that immediately connected people to organizations working on those issues. We started Uprising in 2015 with that kind of broad social justice mission. Over the last several years, we have figured out that the place that we want to stand is doing work by transgender and nonbinary playwrights about justice issues, so sometimes trans-related, sometimes not. And then doing that partnership with local organizations. So that’s what we are doing now

Why do you feel that theater is effective in changing people’s minds or resonating emotionally in ways that other forms of persuasion aren’t?

I think storytelling is the number-one way to develop empathy in people, and by developing empathy to change people’s minds. So, I think that storytelling across the board is crucial, whether it be film or documentaries or novels. But I think theater has something really unique; it puts bodies in a room together and gets them breathing together, laughing together, and responding to live bodies on stage in a way that something mitigated by a screen, like film or television, just can’t achieve. Conversations can happen, empathy can be raised, and people can let down their defenses when they see a person right in front of them. We perform in really small spaces, so you could literally reach out and touch the actor, you’re that close.

What do you think it is about proximity that is so rejuvenating to the human soul?

I think that’s where the juice is, right? We see that from the time of Jesus—how he was in proximity to disciples and communities. It’s a life-changing thing, essential to any kind of justice work. It seems that you have to create some kind of proximity in order to get people to change. Being able to know someone, to tell a story, to put a face on an issue helps people engage in a different way.

How have you seen the impact of your theater company on the community in Minneapolis?

Our unique model of partnering with local organizations has made a big difference for those organizations; they get new volunteers right on site. Sometimes they are asking for a physical item that we’ve collected; we’ve partnered a bunch of times with an organization called the Sexual Violence Center and have done various donation drives for them—from underwear for people who have had an assault experience to self-care bags delivered to people in the hospital. It is great for them to be able to say, “This is what we need,” and then have the Uprising community just step up and fill that need. Around trans issues, we are doing more and more shows written by trans playwrights. This season we will be doing all shows written by trans playwrights, watching mostly cisgender audiences learn about trans lives and really see that there is more to being trans than medical transition. There are all of these other stories that can be told

What is your approach to playwriting?

I came from a more traditional playwriting school where the “kitchen sink” drama was the norm into a world where more conventional models are widely disparaged, and people demand things that are new and edgy. Personally, I’m not willing to give up on the kitchen sink drama just yet. I find myself writing a lot of dramas, because I want to put people in the kitchen who have never been able to be in the kitchen before and have those conversations. I think that there is something really powerful about doing traditional drama or plays to give people an insight into an experience that they won’t have on their own. We are really working to raise awareness and empathy in folks and channel that empathy into action. Sometimes it feels easier to do that if the container is less destabilizing.

What is the overlap between theater and theology?

It’s funny because when I first started to write plays again, I was trying for there not to be any overlap. Just because so often Christian theater companies do really terrible work or the work doesn’t feel honest. Yet, as I was writing, theology and God kept working its way into my work, and so now I have started to embrace that. Theater very much feels like church to me; it’s a community of people coming together and trying to make some kind of meaning out of life. That is how I understand theology: trying to make sense of who we are, trying to make sense of our relationship to the divine, our relationship to each other. I feel like theater is asking those same questions: What does it mean to be human? What does it mean to help other people? What does it mean to seek justice? They dovetail so well together, whether it is a piece that talks about God or not.

What insights have you gleaned from your theater work that might be useful for ministers to hear?

The big thing for me is to let things be messy; we don’t always have to answer the question. Sometimes it is more fruitful with a play, or a sermon, to leave it unresolved and let that then become the community’s work, to solve on their own. We have a lot of plays that end either literally with a character asking a question or with an unresolved social justice issue where you could go a bunch of different ways. I think that is a really fruitful place to end up because then it asks the community to come together and say, “How do we want to handle this?” “How do each of our experiences reflect on this situation?” “How do we carry all of this forward?”

What do you feel you learned from Union that has helped you in your current work?

I started at Union pretty much just out of fundamentalism and just coming to terms with my sexuality and then started my transition at Union during my second year, so there was a lot happening. I am so grateful for the space that Union provided me, to be a mess and to have that be okay. The thing that continues to resonate is a class I took with Dr. Hal Taussig [former professor of New Testament]. It was the first time that anyone encouraged me to bring my own story to the biblical text and to see how those things interacted, if they did. That impacted the way that I do theology, and it continues to reverberate in my life. I am so thankful for that nudge. I have done a lot of work around trans theology because of that class, and I continue to take the tools that I learned there and put them to use.