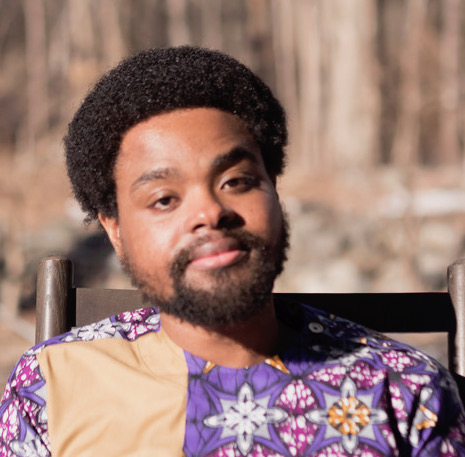 This Union profile features Abraham Arthur, a 2018 graduate of the Master of Arts program, who spent much of his time at Union exploring the field of Interreligious Engagement. His experience in courses on Buddhism helped expand his religious horizons while deepening his understanding of his Christian background and indigenous traditions. After graduating in the Spring of 2018, Abraham began working at Bluestone Farm and Living Arts Center in Brewster, New York as a farm companion and independent consultant.

Tell us a little about yourself and your life before Union.

I immigrated from Ghana to the United States in 2009 to attend college at the University of Pennsylvania, where I studied Chemical Engineering. I came from Ghana with a particular mindset that, at the time, I wasn’t aware was oversimplified. I basically wanted to do well in school, get a good job, make money and live a comfortable life. After graduating from Penn the process of looking for a job was fairly simple, I asked myself what’s the best job I can find that sets me up to make a lot of money. After graduating I worked for two and a half years as a Management Consultant at McKinsey, and this was a very important experience in shaping my decision to come to Union.

During my time at McKinsey I worked primarily with pharmaceutical companies, and at the time I believed I was helping people receive the medication they needed. The job pushed me to my limits and I realized I would have to sacrifice a lot in my life to succeed. The more time I spent working on projects, I realized that these organizations primarily cared about money often to the detriment of their customers – it was not the kind of help I wanted to come out of me. I began to ask myself questions at the soul level. What was I doing working here and is there anything that is enriching me? What meaning did I find in this work? Did I wake up everyday feeling excited about doing it?

How did sitting with these questions lead you to seminary?

I knew I wanted to do something else, but I wasn’t clear on what that was. The major thing that kept coming up at the time was that there were spiritual questions I had neglected while growing up, and I realized I needed to engage them if I wanted to have any clarity about what my next steps would be. During this time I was living with a roommate who was studying at Union. Each day he would come back from class and we would have conversations on religion and spirituality from an interreligious perspective, which was helpful for me as a former Christian. After seeking the counsel of some of my friends, I decided to leave my job and apply for the Master of Arts program in Interreligious Engagement as a space where I could work on lingering questions for myself.

What did your first year at Union make you aware of?

What was really interesting about my conversations with my roommate and friends was recognizing that the Christianity in which I was raised was very doctrinal. I was taught that there is a God, Jesus is the only way, and that anything else that varied from this in the slightest way, even if it was a semantic or cultural difference, was wrong and evil. This raised questions for me as I grew up and interacted with people of other faiths and different backgrounds. Getting the chance to engage questions of interreligious engagement gave me the space to realize how much doctrine had been controlling me and taking away from my freedom to actually engage intimately with my spirituality, or get to know people and understand where they’re coming from. It was at Union that I began to realize my own mental blocks and some of the fears I didn’t know I had.

How did classes in Buddhism inform how you understood your own spiritual traditions and background?

I studied chemical engineering in undergrad and I’m kind of a scientist at heart. I’m drawn to things with a bit of a technical bend to them, and the Buddhist classes, especially with Greg Snyder, created space to engage spirituality with a sort of technical language. I often felt that I was lacking this language when relating to Christianity, which was often more concerned with belief and there wasn’t much space to ask questions. Buddhism helped me realize that there’s a difference between what I believe in and the principles by which I live. It was also really helpful for me to sit with a religion that doesn’t have an idea of a God or a supreme being, but instead focused on understanding how consciousness works.

How did studying a different tradition help deepen or change your understanding of your own?

The focus of my final thesis was on understanding how to open up the doctrines of Christianity in a way that allowed for the body’s understanding to come in. Where I came from, I often felt that Christianity was taught and practiced through fear, and not a reverential appreciation of bodily experience and the unintelligible aspects of our consciousness. I also learned to challenge the over-reliance on a particular word, a particular text or dogma, in order to honor the experience I have in my body. Growing up in a tradition that was very geared towards the masculine, it was also helpful to reveal that there was room for growth in the way I related to my feminine side, women, and nature at large.

Were there any specific classes you took that you enjoyed?

My favorite class was Introduction to Buddhist Meditation Practices with Greg Snyder. In comparison to most classes which are focused on reading texts, the class assigned a set of practices for each week which we learned about, discussed, and then practiced throughout the week. I took that class during my last semester and it was a really beautiful way to crown my experience at Union. I came to Union trying to work things out in my mind and then realized that it was important to also let my body do some of the knowing and thinking. The class created space for people to be vulnerable, and it gave me a chance to understand that while people are different there is still something sacred moving through us all.

The other class was “Indigenous Wisdom from Africa, Latin America, and Asia” with Dr. Chung. In this class I had the chance to learn and talk about spirituality within African systems. It made me relate to something that I had been taught to shun while growing up, because Christianity was presented as the colonial religion that was against any types of indigenous religions practiced in my home of Ghana. The class helped me to engage with these traditions without fear and begin a journey of finding myself in them – a journey I intend to embark on for the foreseeable future.

Do you think that a seminary education is still relevant in our modern world?

Often times it seems like we are becoming a “secular” world and there is less direct reference to religion. At the same time I think it’s important to not forget that all these traditions are at the root of our thinking, and they don’t go away just because we’ve changed some things in our society. If we are trying to do the work of being spiritual people in our lives, then there are some kinks that we still have to wrestle with and resolve.

What advice would you offer to someone considering Union?

I would advise people to come to Union because of the unique kind of seminary education that it is. It is a seminary that’s focused on bringing many different types of traditions, experiences, and perspectives into the same space to work things out. It’s an experience you don’t often find in spaces of religion and tradition, where it’s often just people of like mind who are working together. I think it’s wonderful, but challenging, and for that same reason it’s very rewarding. You come out having not only learned something in class, but from other people and the different perspectives that are shared engagingly and honestly.