Reimagining End of Life at Union

At the end of October, the Reimagine End of Life Conference will host a citywide conversation about life and death. The conference is an exploration of death and celebration of life through creativity and conversation. Drawing on the arts, spirituality, healthcare, and design, it creates weeklong series of events that break down taboos and bring diverse communities together in wonder, preparation, and remembrance. Three events will take place at Union: The Trans Sounds of Black Freedom & Black Spirituality, Conversations I Wish I Had, and Ballroom Has Something to Say: About Death and Dying. In preparation for the conference, we sat down with Pamela Cooper-White, the Christiane Brooks Johnson Professor of Psychology & Religion, to talk about end-of-life care and a “good death.” 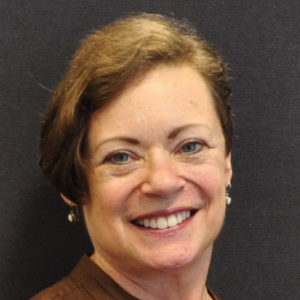 Could you talk a little bit about what constitutes a good death?

Between the Middle Ages and the medicalized twentieth century, people stopped talking about a good death and started having a very sanitized, walled-off death in linoleum hospital corridors, surrounded by people in white coats and with lots of tubes sticking out. Family members were not even encouraged to present at the time of the death. There was a comeback in the twentieth century with people like Cicely Saunders in Britain and Elizabeth Kübler-Ross in Switzerland, who had a lot of influence here in the U.S. with the hospice movement. As much as possible, they said, it would be better for people to die at home in the bosom of their family than in clinical settings. The whole social service industry has grown around that awareness. A good death requires that people be treated with dignity, that they are surrounded by loved ones and able to take care of any emotional unfinished business with people, things like that.

The one caution that I would throw out about the good death is that when this movement started, it was really describing what people who died more peacefully could experience, which is descriptive. If we make it prescriptive and say that everyone should die this way, then when people don’t, there’s judgment attached. We have to be very careful that we use it as something aspirational that we want to give to people as much as possible, not as an excuse to blame somebody or even the dying person themselves.

Why did we see this move to such a clinical, impersonal death in the first place?

Well, I think it went with the medicalization of a lot of human experiences in the surge of technology in the wake of World War II, childbirth being the other, most obvious example. It was at the time viewed as healthier, like these are the ways to maintain control over mysterious processes. But the effect of it was that we no longer met a lot of people’s human, relational needs. 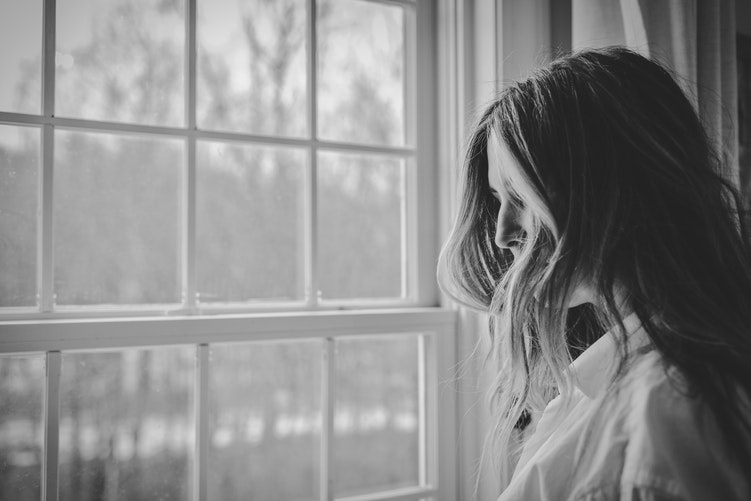 How do you think that most deaths in the U.S. today compare to this ideal of what a good death could be?

Well, going back to the Middle Ages, people thought that the worst thing was to die unprepared, that to die in an accident or without having gone to your confessor and prepared yourself for death was the worst thing that could happen to you. I think death falls into two categories of fast deaths and slow deaths, and I don’t know the proportion in this country. Different people would say different things about whether they would like to be hit by a truck and have a heart attack or whether they would like to have time through a disease process to make amends and do the things that they needed to do to compose their lives. I’m really resisting this notion of a good death if it becomes prescriptive in that sense, so I think you can have a good death, whatever the circumstances, if you are meeting your death with a life with a certain amount of intentionality about good relationships, meaningful work…

What could institutions like hospitals and hospice care do to ensure that the people growing ill and dying under their care have better deaths?

I’m a really big fan of hospice and palliative care. The traditional medical model – which isn’t all that traditional, it just goes back a century or less – is the heroic model where you’re trying to save the person no matter what and fight death to the bitter end. The palliative care model for all kinds of disease attends to pain and tries to make the person’s experience less painful and frightening. Hospice is the point at which we tell the heroic medical people, enough is enough, let this person die in peace and let nature take its course while we manage the pain and the anxiety that goes along with the dying process, because dying is natural, dying is not evil.

And at what point do you make the decisions surrounding death?

Well, that’s a very personal decision for people who are dying themselves and their families; the person with the diagnosis is often more ready to do it than the people around them. One of the roles for clergy and chaplains is to help families face reality and to not take heroic measures that will just cause the person more pain. We can help people think about quality of life as opposed to quantity of life. The medical model focuses on how many more days can you add to a person’s life, but what kind of days are they? Sometimes our technology outruns our humanity. 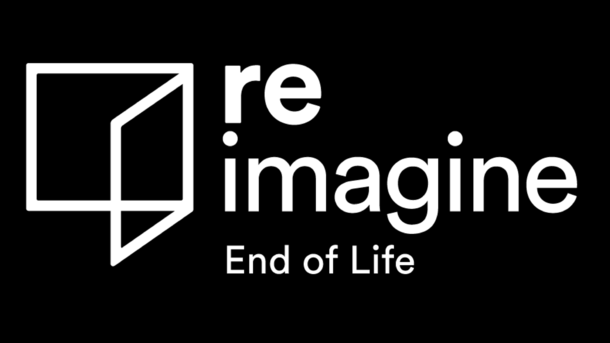 Tthe Reimagine End of Life Conference will take place at venues all over the city, including Union. What is your involvement?

On November 1, I’m moderating an event at JTS that called “Reimagining End-of-Life Care: A Multi-Faith Exploration.” It’s an interfaith collaborative project between Union and JTS.

I’m also speaking at the spirituality department of the Visiting Nurse Service of New York on October 26. They have an annual lecture called “From Pulpit to Bedside” and my focus will be on the use of the self and intersubjectivity in pastoral care, in the context of hospice and palliative care. The event at JTS will be more about end-of-life decision making for individuals and families, whereas the lecture at VNSNYC is about what spiritual caregivers can do to enhance their capacity for empathy while working with people who are dying and their families.

It’s important to mention that these conversations aren’t a “one week a year” thing for us at Union. I am committed to offering “Death, Dying, and Bereavement” every other year in the curriculum here because I think it’s one of the most important subjects for people preparing for ministry.

You were saying that one of the primary roles of the spiritual caregiver in that context is to work with the family. Is that correct?

Well, you’re working with everyone all at once. One of the best things that parish or congregational clergy can do is offer opportunities for people to learn about end-of-life planning. There’s an organization called The Conversation Project with which Union offers an internship for students. They help families have important conversations about end-of-life decisions. If you have aging parents and you’ve never felt like you could talk about it, they can give you starters and a toolkit to help you have those conversations and do planning or even start your own planning. I think clergy have a role in encouraging people to talk about death and dying. We can help people be less afraid and do some preplanning. Advance directives and a will are something that every adult person should have.

When you’re dealing with someone who’s received a terminal diagnosis, I think it’s critical to just be with people through the shock. Everyone in the family will react differently to the news and clergy can normalize that there’s no one response that’s right or wrong. Similarly, after the death, grief expresses itself in many ways. There’s no one right way to grieve, so clergy can affirm that peoples’ feelings are normal. They can represent, in a sense, God’s presence with people through the grief. 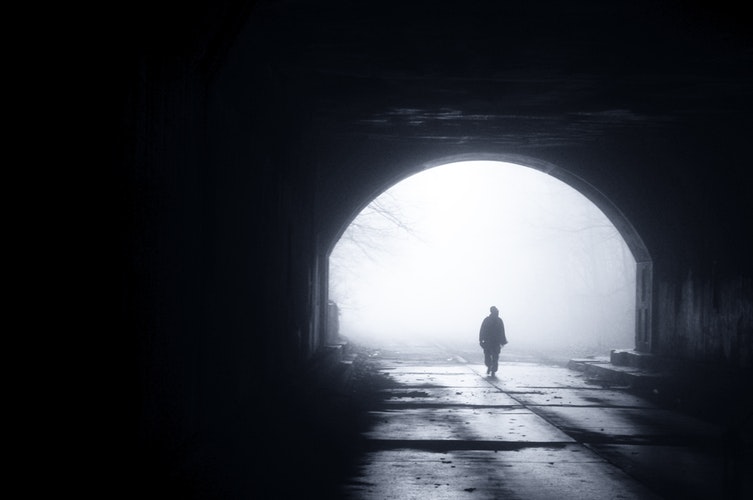 I’ve been reading about the life and death of Dr. Henry Pitney Van Dusen. The retired Union president, and his wife Elizabeth, committed suicide in 1974 because of their declining health. Dr. Van Dusen was a member of the Euthanasia Education Council and the deaths added to the debate over a person’s right to end his life under conditions of his own choosing. How might we think about this case today?

That’s a huge issue for medical providers, clergy, and family members. We do sometimes get called into situations where people are pondering when and how can they have any control over the end of their life. We watch a video in the course about three different people who are considering ending their lives and in two of the cases, by the time they made the decision, they weren’t able to act upon it because they’d become too physically impaired. The morality and ethics of assisted suicide are a great, unanswered question. I certainly believe that people have the right to self-determination, but then there’s a traditional Anglo-Catholic part of me that thinks that life is still a gift and wonders if there’s still something you have to give or to receive? I don’t know, I don’t have good answers, but it’s certainly one of the big issues that comes up, and I think we have a responsibility as spiritual caregivers to not shy away from the question.

So many other tough questions can come up at the end of life. At what point do you extubate somebody who is brain dead? What about organ donation? I don’t think our role is to tell people what to do but to have enough knowledge about options to help people think through what they truly want and feel the least regrets about. I think we need to take it out of the language of sin and look at it as a question of what is the best, holiest decision that this person can make regarding the gift of their life and the dignity with which they want to die.