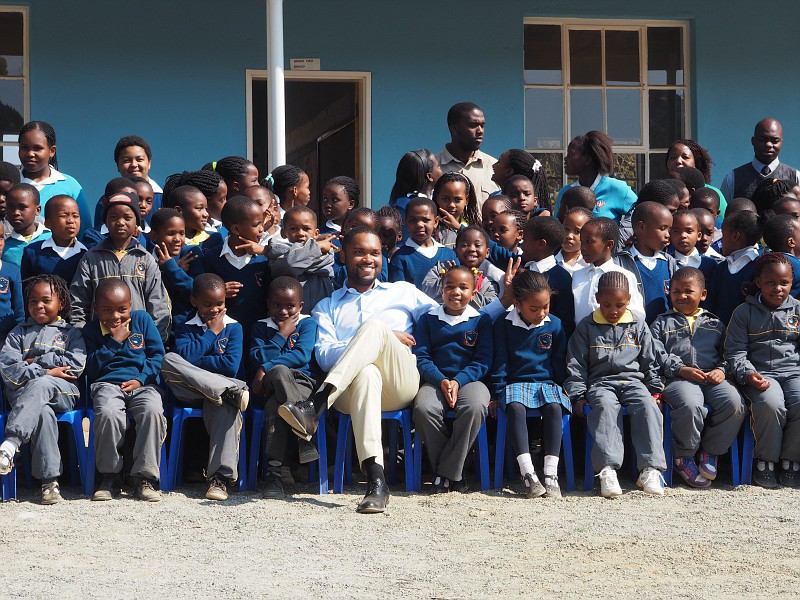 I’m one of the ministers at The Abyssinian Baptist Church in New York. I’m Abyssinian’s minister for global outreach, and I’m also the Executive Secretary for the Foreign Mission Board of the National Baptist Convention.  Because of the interest at Abyssinian to internationalize its voice regarding economic development, four years ago we started an NGO, aptly named The Abyssinian Fund, which has a focus on reducing poverty by supporting coffee farmers in Ethiopia to develop specialty coffees that will soon be available for sale in the United States. That project started when Abyssinian sponsored a group of 200 people to visit Ethiopia, which was for me a once-in-a-lifetime experience that I will always cherish. We were able to visit incredible sights like the Blue Nile falls and 2,000 year-old churches that were built into rock cliffs, during embracing the beautiful sites of Ethiopia we also encountered the harsh reality of poverty that exists.

While at Union, I also took courses and spent time at SIPA and Columbia Business School so that I can develop and write a business plan for what is now our successful non-governmental organization that has offices in southern Ethiopia and New York. What’s fascinating to me is that these Ethiopian coffee growers that we have come to know and support are Muslim, which means this mission project is not about proselytizing but about doing the greater good. While at Union and Abyssinian, I have learned to honor one God expressed in many ways. Lastly, my third job with the National Baptist Convention is also focuses on international development with nine offices worldwide, mostly in Africa and South America, where we support schools, hospitals, and community development projects.

The best thing about my job is that I am doing the work I love. There’s nothing better. I love being able to think about big problems and then organizing around the world to make a difference. My passion is to support authentic development by linking communities across the US with what’s going on throughout Africa and South America. Needless to say, I travel, a lot and love that traveling is a part of my jobs.

Union stresses a really broad understanding of the Christian faith, and it stretched me to appreciate a truly broad Christianity. I found Union to be a free environment intellectually, culturally, personally, and in almost every other way. Freedom is the Union ethos. Union encouraged me to push, step out of my comfort zone and think outside of the box, and fortunately, Abyssinian sees itself as a teaching parish. Just think of Union interns like Violet Lee, Raphael Warnock, Eboni Marshal Turman, and Kevin Johnson. Union and Abyssinian’s connection has encouraged many of us to become apprentices and connect Union’s classroom education with congregational and community life.

Fortunately, Abyssinian keeps bringing on new Union students as interns. Right now I’m mentoring a Union field education student and occasionally preached in chapel. And you’ll find me in Burke Library regularly, especially when it’s time for me to write a sermon.

Union offers the best theological education in America, especially in terms of intellectual breadth and the focus on the lived experience of theology in community. Union forces you to abandon a lot of preconceptions about God. I remember being marked down in my coursework for referencing to God as “He.” At Union, you’ve got to learn and broaden up! That may seem like a small thing, but expanding God language is a radical thing in the Church. Now, while I may not always remember every detail of a professor’s course, I don’t refer to God exclusively as “He.” Lots and lots of ripples, That’s Union. You experience innumerable ripples from even small encounters.