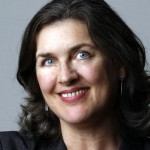 I’m the full-time pastor of the First United Methodist Church of San Fernando, CA, and I also serve as the volunteer coordinator of Peace with Justice for the California-Pacific Conference of the United Methodist Church, which means I have at least one and a half jobs. Right now, my organizing efforts are focused on bringing a faith voice to the debates about gun violence. Since leaving Union in 1992 and returning home to California, I’ve served congregations in Huntington Beach, Santa Monica, downtown Los Angeles, East Hollywood, and for the past six months in San Fernando.

For me, the sacred is located within the bonds of community and expressed in and through the ways in which we as the human community care for one another. The best thing about my work is that it gives me opportunities, both in the congregation and out in the wider community, to make a difference. That may sound trite, but it’s true. It’s amazing to prove a much-needed public faith voice about issues ranging from living wages to affordable housing and, more recently, ending gun violence. No one’s yet organized religious communities nationwide about gun violence, but we’re working on it in Los Angeles and eager to have others join in.

I first found out about Union from Frank Wulf ’97, who was working at the time on his degree in Old Testament studies at Union. I was living in California, took a course on women in the Bible at Fuller Seminary, and through that course fell in love with Phyllis Trible ’63 and her literary-critical method of study. While engaging in Union’s M.Div. program, it was all those iron-on-steel conversations with students and faculty that prepared me to speak up and be ready for a life of public activism as a faith leader. Union teaches you invaluable skills, including how to be clear, concise, and focused as a speaker, which really helps when you’re advocating with hotel owners about living wages or speaking at a rally. There’s a certain sharpening and toning that takes place at Union, something not so available at other seminaries.

I served for several years as a member of Union’s Alumni/ae Council, but I don’t stay as well connected as I would like to except by Facebook. I know there’s an emerging Alumni/ae Network chapter in the Los Angeles area, but to be honest, what’s helped me stay connected to other Union alums is not Union, but rather the living wage movement, where I met and worked with a number of Union folks.

Union is not for everyone, but if you’re looking for faith in action, for faith “with shoes on its feet” and out in the world, then Union’s the place for you. Union offers incredible diversity and opens you to new ways to look at the world. I have a fairly traditional ministry day in and day out: preaching, teaching, and pastoral care. I feel very prepared for that by Union, so Union is not only about marching in protests. That said, if you want to be sure not to miss out on a social justice emphasis in ministry and study in a place that is inclusive of LBGTQ and the “other,” Union is the seminary for you.