Several months ago, I received an email asking me to serve on the Taskforce on Communion Across Difference. Truthfully, my initial reaction was to say “absolutely not.” Growing up as an effeminate Latino gay kid in a small, mostly white town in rural Texas, the wounds are still fresh even as I approach my 38th year. I have only recently begun speaking about the fear of physical violence, the incessant teasing of my voice since the age of six, the nights that my family received prank call after prank call from fellow classmates screaming “faggot” into my mother’s ear, and how, after one particularly bad night, this resulted in my first of three suicide attempts.

Therefore, the idea of seeking communion across difference with Episcopal church theologians, editors, and clergy who are actively promulgating the idea that LGBTQ relationships are inherently sinful, made my stomach turn. And then, as if to bring this work even closer to home, my boyfriend proposed to me in late October. He and I will be married at the end of June in our Episcopal church.

After discussing with several friends and colleagues across the Church, however, I ultimately decided to say “yes” to this invitation. My “yes”, however, was contingent on one thing — that I never shy away from speaking directly, forcefully, and at times in painful detail, about the human cost that LGBTQ people bear. In introductions, I spoke about growing up terrorized from first grade through my senior year of high school. I spoke about both the gift of planning a wedding in the Episcopal Church and about my parents’ decision to not attend my wedding this summer.

Later, I spoke about the danger and incredibly high murder rates that LGBTQ people face in some of our Province IX countries. Sadly, these widely reported, high rates of violence and murder against LGBTQ people in several – though not all – of these countries were not noted when five of the seven of the Province IX bishops signed a letter threatening to “walk alone” should the Episcopal Church approve same-sex marriage. Nor were they referenced in the “Taskforce for the Study of Marriage” minority report — which offered the Province IX bishops’ letter as an example of when the Episcopal Church failed to listen to the oppressed, especially the nonwhite, non-US members of the Episcopal Church.

Would that they had spent time reading the widely available, widely reported statistics and stories about the high rates of violence and murder of LGBTQ activists in just one country – Honduras, for example – or the way this violence has resulted in a rise in LGBTQ asylum seekers fleeing to the United States. These infographics, reports, and testimonials speak of how frequently LGBTQ people must flee for their lives, or are murdered outright, with transexual bodies dismembered with a sadistic delight reminiscent of U.S. lynchings.

These hard – but ignored – realities must inform our discussion about whether the reality of LGBTQ people and their desire for same sex marriage is a US import, what the bodily consequences are for LGBTQ people when Christian churches capitulate to culture (in this case, violently anti-LGBT ones), and how well, indeed, the Episcopal Church is attending to the dignity of the most oppressed when it says that the Church should honor the dignity and relationships of LGBTQ children of God.

At the end of the day, this commitment to speaking clearly about the cost LGBTQ people bear on their bodies is my prerequisite for participating in this difficult conversation and I will leave the taskforce the instant I find myself becoming silent on this point. Unfortunately, after 37 years of being in this body, I know that I can be lulled into a silent depression by the work of having to convince others, yet again, that my personhood, my sexual orientation, and my relationship are not inherently inferior to heterosexuals’. Yet speaking honestly with traditionalist friends and colleagues is hard and risks relationship.

At one point, a traditionalist colleague wished me a friendly congratulations on my engagement. While I fully realize it was intended as a friendly gesture, I was taken aback. Given how much time and energy this person has personally dedicated to arguing that same-sex couples’ marriages are biblically and theologically inferior to heterosexuals’ marriage, I had to later ask him what he was congratulating me for. After all, even we Anglicans, with our long history of theological muddledness, need to make our “yes” a “yes” and our “no” a “no”.

Truthfully, I dreaded going to this meeting with every fiber of my being and yet I am ultimately glad I said yes to this. The conversations were hard – at times, fierce – and yet I do not think there is any way to be in ‘communion across difference’ without a robust level of directness and honesty. And prayer – lots of prayer. For I believe it is only in honesty, grounded in love and prayer for our fellow task force members, that we can begin to be in an authentic communion across this divide. 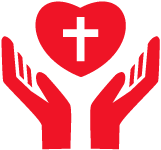 Apply to EDS at Union

Make a Gift to EDS at Union