Before James Jones came to Union last fall, he was already making a name for himself in Mormon circles for his leadership fighting for and lifting up marginalized voices within The Church of Jesus Christ of Latter-day Saints. In February 2021, he was excited when the LDS Church’s publishing company, Deseret Book, “slid into his DMs” after he gave a speech at the Black LDS Legacy Conference. They were asking him to lead a video course on anti-racism for the church. As a life-long Mormon, this felt like an opportunity for Jones to give back and support a church community that he loves but has not always been able to support him in ways that he has needed when it comes to providing a nurturing space for its non-white members. 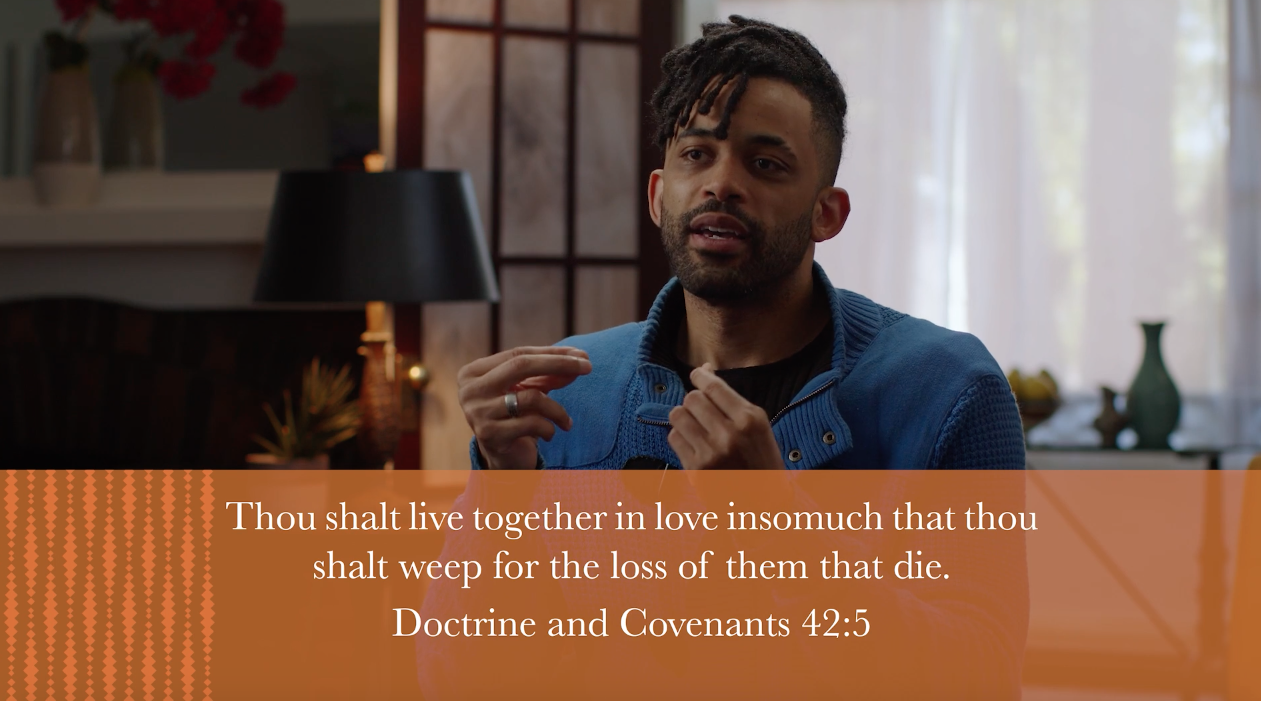 Jones refers to himself as “Black church adjacent.” He felt that the Mormon church has failed to adequately address issues of race “in a direct, consistent, and deliberate way,” he shared. “I will visit the Black church whenever an unarmed Black person is killed because the congregations I’ve been a part of haven’t always been in a position to address that pain or to minister to me in a way that recognizes that pain.” The Pew Research Center has found that the LDS church is more politically and socially conservative than other religious groups in the US and less racially and ethnically diverse than the US population.

This training, LDS Anti-Racism 101: Abandoning Attitudes and Actions of Prejudice, was an opportunity for Jones to offer church leaders and members from across the country tools for addressing that pain, and give them the confidence to approach issues of races in their community. The course is divided into three focus areas – gaining awareness, building relationships, and taking action – and includes six sessions that incorporate lectures, personal anecdotes, and scriptural resources. “Any one of those lectures could be a week-long conversation for the people who want to have discussion groups.”

Talking about anti-racism issues and acceptance for faith communities is nothing new for Jones. Three years ago, he and his friend Derek Knox started the Beyond the Block podcast. The show notes describe them as “staunch advocates for the theology and harsh critics of the culture when it comes to Mormonism. A Black life-long member and queer convert respectively, they bring a less heard perspective to the notoriously white and heteronormative faith.”

This show was significant for Jones as he recognized gaps in his church community when it came to holding space for marginalized people, and he was using his creative skills to address them. “We don’t have a lot of spaces within the church, institutionally speaking, that do this work. So I started the podcast to create that space. The space where people on the margins can read themselves into our sacred texts and into our theology.”

His work on the podcast and the recognition that has followed is how he discovered Union. “If people were going to keep inviting me to speak on issues of race or marginalization in the context of Mormonism, I should probably learn what I’m talking about. I needed more education than just my own study. I needed a community of theologians and a community of learners.” 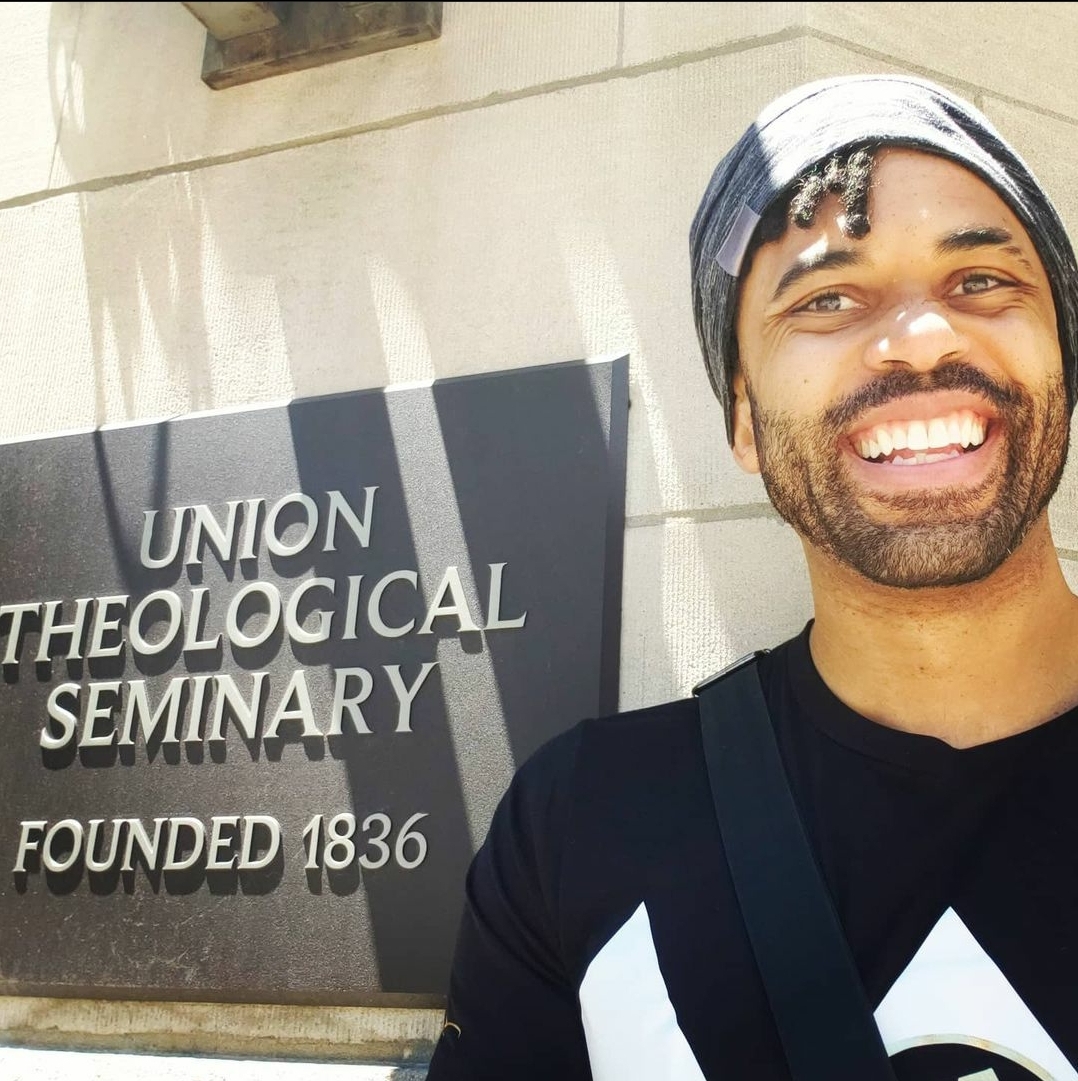 “I also realized during that time that a lot of people that I was reading – James Cone, Kelly Brown Douglas, Patrick Cheng – when it came to theologies that validated people on the margins, nearly all of them came through Union, either as students or faculty members.

Looking into seminary, he found that Union was the institutional expression of his Black prophetic Christian identity. “I felt like I had to do this work of educating myself here, and I also couldn’t think of a better place to have those parts of my identity be recognized. The Christian in me. The theologian in me. The activist in me. And the prophetic in me. All of that, I knew was going to be honored here, and that’s basically what brought me to Union. It was the need to educate myself on these matters and just the feeling that Union was the best place to do it.”

As prepared as Jones was before entering, he believes that you can never really prepare anyone for what happens at Union. “The experience of being in the classroom and hearing so many things and receiving so much knowledge that I didn’t consider that I needed, has been profound. And it’s not just the intellectual toll, but the emotional toll it is taking on me as well. I have felt a profound weight to the knowledge I’m gaining and what it will mean for me in the real world. I had come here with the full intention to take what I learn and bring it to my church and bring it to the rest of the world.”

Having Dr. Cornel West, someone Jones has read and watched on TV, as his advisor has also been powerful. “It was just a very surreal experience to be in my first meeting with him, to listen to him talk specifically to me, about the work that I’m trying to do. For him to validate the work that I’m doing was very surreal but so cool.”

The Grand Irony of Hiring a DEI Consultant

As Jones was preparing for his first finals week at Union, he received an email from the church publishing group notifying him that they were pulling the plug on his anti-racism course. They had learned that in a Facebook Post Jones criticized a church leader, Elder Jeffrey R. Holland for his speech that contained many homophobic remarks, including an attack on a 2019 BYU valedictorian who came out as gay in their commencement speech. “They didn’t want that association with me if I was going to be critical of the leadership. So the grand irony is they basically did the equivalent of hiring a DEI consultant to improve their organization, and then fired them for doing that job.” 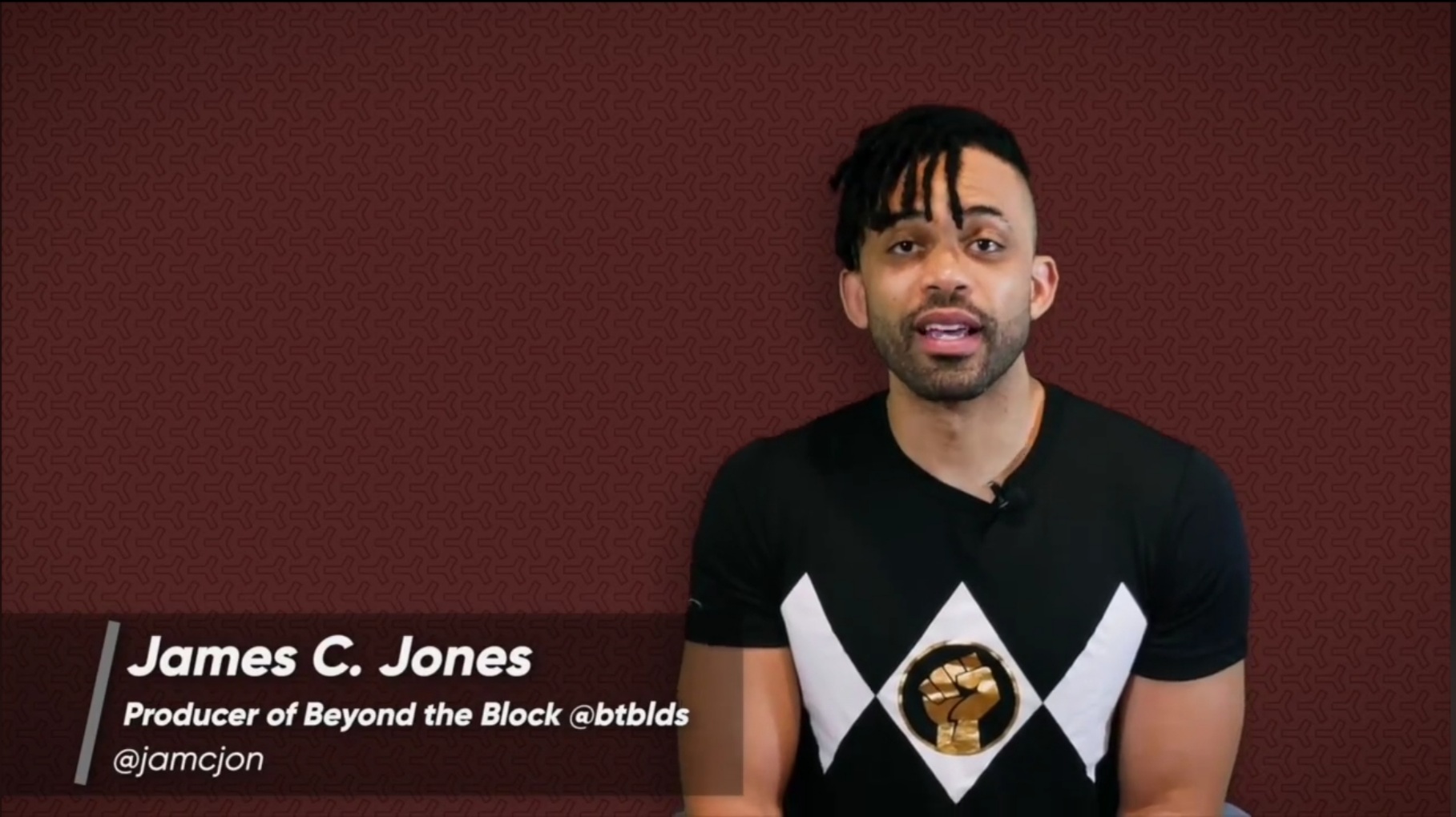 In the days that followed, Jones and the publisher discussed what would be done with videos and access to his content. He continued to advocate for himself. He wrote a blog post (LINK) sharing his whole experience, which helped shed light on the situation. Eventually, “after a period of negotiation, they [the publisher] agreed that the biggest concern is making sure this content gets out there. They surrendered all rights to the production and allowed me to spread the course as I saw fit.”

Jones released the course on his own website on MLK day. So far, he is hearing positive feedback and received many referrals from folks who have taken the course. He is working with congregations on special pricing to give the whole congregation access to the course.

Having this experience has not shaken Jones’ commitment to his Mormon faith or his commitment to fight for those who are on the margins of our society. “I definitely learned that there is a hunger for this material that I did not previously understand. People want something like this; they need something like this. I would love to work on more curriculum, and I would love to create more learning resources that are accessible to people.”

As for the relationship with the publishers, he holds no grudges from this experience. “Part of the repentance process is acknowledging what you did was wrong, apologizing for it, and making restitution and that’s what they did. To their credit, they did fix their mistake and put me in a position to succeed.”

And when Jones thinks about his continued commitment to the church and faith tradition that he grew up in, it always comes back to theology. “Our theology already has all the tools necessary to fight racism, queerphobia, and any other form of bigotry. It has the tools for an abundant life. Everything right about the church can fix everything wrong with it, in addition to contributing meaningfully to our most urgent and important conversations in the world. I feel my calling at the moment is showing people how.”