Thursday, November 18th, Julius Jones was granted clemency and his life was spared execution for a murder to which he maintains his innocence. This was a several years-long struggle led by legions of on-the-ground Oklahomans who stood up for justice before the Julius Jones case became a cause célèbre and before white conservative Christians added their voices. At the center of that organizing were Black churches and ministers in Oklahoma City for whom this fight for justice was a deeply moral and religious cause. In response to the protests which gained national attention Governor Kevin Stitt made the last-minute decision to spare Julius Jones’s life, commuting his sentence to life without the possibility of parole. Verdict One.

Friday, November 19th, a Wisconsin jury found Kyle Rittenhouse not guilty of all charges, including two homicide charges. Rittenhouse pleaded self-defense after killing two men and wounding another who were protesting the police shooting of Jacob
Blake, a Black man, several times in the back in response to an alleged domestic issue. Kyle Rittenhouse walked out of the courtroom a free man. Verdict Two.

The juxtaposition of the two “verdicts” is starkly revealing. In Jones’s case, his plea of innocence and the legal claim of “reasonable doubt” saved him from being murdered by the state of Oklahoma but was not enough to win him his freedom. In Rittenhouse’s case, despite the fact that he crossed state lines with an assault weapon targeting protesters, his plea of being scared and the legal claim of self-defense was enough to ensure his freedom. Why two such different verdicts? These two verdicts point to a wider narrative about race and justice in America–and who is meant to be free and who is not. 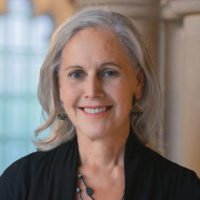 Julius Jones is a Black man in a criminal justice system that reflects the over 400 year-long legacy of slavery, where 1 in 3 Black men can expect to be incarcerated in their lifetimes. Undergirding this system is a narrative deeply embedded within America’s collective consciousness that projects Black men as inherently dangerous and thus assumes their guilt. Proving Black innocence becomes virtually impossible in a criminal justice system predicated on a white cultural assumption of Black guilt and in a nation where Black people were not meant to be free. Therefore, while perhaps disappointing it is not surprising that Jones was consigned to life behind bars, without the possibility of being free.

In contrast, Kyle Ritterhouse is a white man in a criminal justice system set up to protect white freedom, reflecting a culture that assumes white “innocence.” Proving white guilt, especially in a case that involves “race” in any way, is virtually impossible. And so it comes as no surprise that Rittenhouse was found innocent after killing two men who were participating in the Kenosha Black Lives Matter protest and allowed to walk out of court a free man.

What are we to make of these two verdicts? The answer is so old and worn-out it’s mind-numbing to repeat it again. But it has to be repeated, over and over again, until it loses its power to pre-determine the course of justice. In a nation where “race” matters, there can be no such thing as “justice,” until the nation is ready to face the truth about “race” in America. To face this truth is to face the reality of a justice system that is not constructed to dispense “fair and equal justice,” but was rather meant to sustain the narrative of Black guilt and white innocence and thus freedom as a privilege of whiteness.

Julius Jones got to hug his mother for the first time in twenty years, before being hauled back to prison. Kyle Rittenhouse left the courtroom with high-fives and a probable job offer from a Congressman. This is the story of “race and justice” in America.

In the face of these two verdicts, as we grapple with the over 400 year-long history of race and injustice in America, we have to ask ourselves, “What role am I playing in contributing to this story?” For we all have a role to play whether as individuals, we join Black Lives Matter protests to add our voices to those calling for justice for Black people or whether as faith leaders we lead and challenge our congregations to face the truth about race and justice in this nation.

Inaction and silence are not options as long as justice in America inexorably presumes Black guilt and privileges white innocence thereby maintaining freedom as a white entitlement. It is long past time to call out and dismantle the racial injustice that is baked into the criminal justice system in our nation. We all have a moral obligation to do so and our faiths demand it. To do anything less is to render a final verdict on justice in America: It will always be “raced” and unjust.