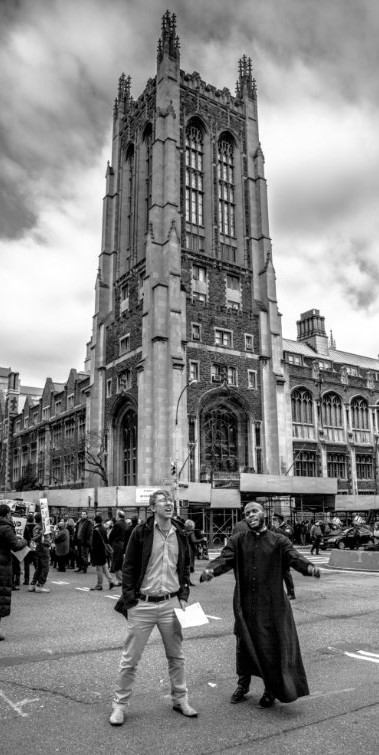 Unequal Treatment of 2 Protesters in Eric Garner Case, One White and One Black

It is a misdemeanor in New York to abandon animals or deprive them of food, water or “a sufficient supply of good and wholesome air,” and so far this year, more than 100 arrests have been made in the city for such neglect or worse. One couple was sentenced to community service and had to pay $2,000 in restitution after leaving their dog behind when they were evicted from an apartment on Staten Island.

Two of those were Shawn Torres, 23, and Benjamin Perry, 24, both graduate students at Union Theological Seminary in Manhattan. They took part in rolling demonstrations Friday night, as a cold, soaking rain swept across the city. At the end of the evening, they briefly blockaded the Franklin D. Roosevelt Drive near Delancey Street and both were arrested, as they expected to be….