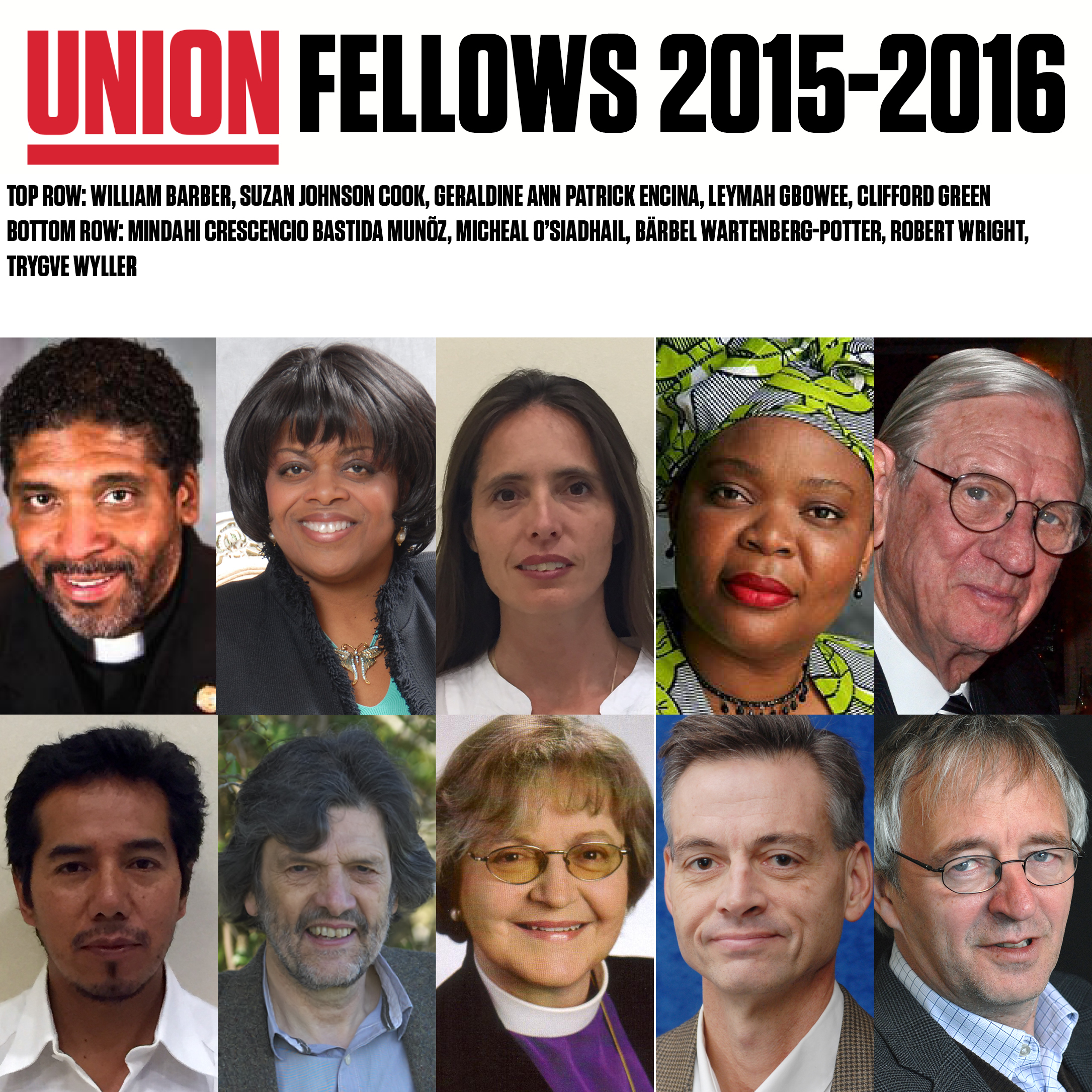 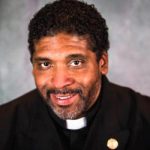 REV. DR. WILLIAM BARBER, II is the President of the North Carolina State Conference of the NAACP (2005), and was re-elected National Board Member (2011) and appointed as the National NAACP Chair of the Legislative Political Action Committee. Under his leadership, the NAACP developed a new 21st Century voter registration/voter participation system. Nationwide this system registered more than 442,000 new voters and provided access to 1.5 million voters. Rev. Barber serves as convener of the Forward Together and the HKonJ People’s Assembly. Since Rev. Dr. Barber became President, he led the North Carolina NAACP State Conference to national recognition when he accepted the 2006 Juanita Jackson Mitchell, Esq. Award for legal activism, the highest award in the NAACP for Legal Redress for Advocacy. In addition, in 2008 the NC NAACP became the recipient of the Thalheimer Award for most programmatic NAACP State Conference and in 2010 Rev. Dr. Barber won the National NAACP Kelly Alexander Award. He will be serving as a Distinguished Scholar-Activist Fellow at Union Theological Seminary. 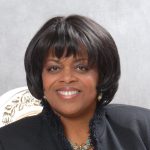 Ambassador SUZAN JOHNSON COOK is the 3rd Ambassador at Large for International Religious Freedom for the United States of America. Nominated by Secretary of State Hillary Rodham Clinton and appointed by President Barack Obama, she served from April 2011 to October 2013, integrating Religious Freedom into our Foreign Policy and National Security Priorities and representing our nation in more than 25 countries and at more than 100 Diplomatic engagements. Prior to joining the Department of State, Ambassador Johnson Cook was an author, activist, analyst, commentator, educator, entrepreneur, faith leader, professional speaker and a White House Fellow under President Bill Clinton. Known as the “Leader of Leaders,” she was the first and only female President of the Hampton’s Minister Conference. Rev. Dr. Johnson Cook was the first female Senior Pastor in the 200-year history of the American Baptist Churches USA and served three New York congregations. She was also the first woman to serve as the official chaplain of the New York City Police Department, a position she held for 21 years. She will be serving as a Distinguished Scholar-Activist Fellow at Union Theological Seminary. 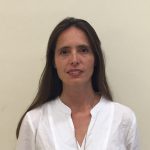 GERALDINE ANN PATRICK ENCINA is a member of the Otomi-Hñahñu Regional Council in Mexico, and a professor of ethnoecology. Born to Chilean parents of Celtic and Mapuche origins, Patrick Encina received her doctorate in ethnoecology and social sciences from El Colegio Mexiquense, A. C. in 2007; she also holds a bachelor’s degree in biological sciences. She has been a visiting professor in Honduras and Argentina, and has held faculty positions at several Mexican universities. Her research focuses on archaeoastronomy and cultural astronomy, particularly on ancestral and current ways of measuring and conceiving time and natural cycles in Mesoamerica, especially among Maya, Nahua and Otomian cultures. She will serve as an Original Caretaker Scholar-in-Residence at the Center for Earth Ethics at Union Theological Seminary. 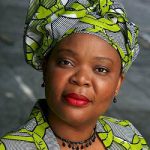 2011 Nobel Peace Laureate LEYMAH GBOWEE is a Liberian peace activist, trained social worker and women’s rights advocate. She is Founder and current President of the Gbowee Peace Foundation Africa, Founder of the Liberia Reconciliation Initiative, and Co-Founder and former Executive Director of Women Peace and Security Network Africa (WIPSEN-A). She is also a founding member and former Liberia Coordinator of Women in Peacebuilding Network/West Africa Network for Peacebuilding (WIPNET/WANEP). Gbowee currently serves as a member of the High-Level Task Force for the International Conference on Population and Development. Gbowee’s leadership of the Women of Liberia Mass Action for Peace – which brought together Christian and Muslim women in a nonviolent movement that played a pivotal role in ending Liberia’s civil war in 2003 – is chronicled in her memoir, Mighty Be Our Powers, and in the documentary, Pray the Devil Back to Hell. She serves on the Board of Directors of the Nobel Women’s Initiative, Gbowee Peace Foundation and the PeaceJam Foundation, and she is a member of the African Women Leaders Network for Reproductive Health and Family Planning. She holds a M.A. in Conflict Transformation from Eastern Mennonite University (Harrisonburg, VA), and a Doctor of Laws (LLD) honoris causa from Rhodes University in South Africa and University of Alberta in Canada. Leymah was honored as a flag-bearer for the opening ceremony of the 2012 Olympic Games in London. She is based in Monrovia, Liberia and has six children. She will be serving as a Distinguished Activist-in-Residence at Union Theological Seminary until the end of 2017. 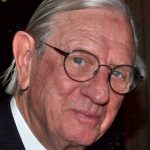 CLIFFORD GREEN graduated Th.D. from Union Theological Seminary in 1972 with a dissertation on Dietrich Bonhoeffer published as Bonhoeffer: A Theology of Sociality (Eerdmans, 1999, 2nd edn.). He served as founding President of the International Bonhoeffer Society, English Language Section, from 1972-1992, and as the Executive Director of the Dietrich Bonhoeffer Works English Edition (Fortress, 17 volumes, 1996-2014). He edited or co-edited five volumes in the English edition and two volumes in the German edition of the Bonhoeffer Works, and is an editor of the Dietrich Bonhoeffer Yearbook. Apart from writings on Bonhoeffer, his other publications are on Karl Barth, urban ministry, and critical issues in modern religion. His main teaching positions were at Wellesley College, Goucher College, and Hartford Seminary. He lives in Boston. He will be serving as Bonhoeffer Chair Scholar at Union Theological Seminary. 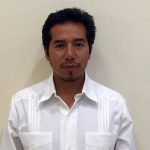 MINDAHI CRESCENCIO BASTIDA MUÑOZ is the General Coordinator of the Otomi-Hñahñu Regional Council in Mexico, a caretaker of the philosophy and traditions of the Otomi people, and has been an Otomi Ritual Ceremony Officer since 1988. Born in Tultepec, Mexico, he holds a doctorate of rural development from the Universidad Autónoma Metropolitana and is the President of the Mexico Council of Sustainable Development. Bastida Muñoz is a member of the steering committee of the Indigenous Peoples’ Biocultural Climate Change Assessment Initiative, and has served as a delegate to several commissions and summits on indigenous rights and the environment. He has written extensively on the relationship between the State and Indigenous Peoples, intercultural education, collective intellectual property rights and associated traditional knowledge, among other topics. He will serve as an Original Caretaker Scholar-in-Residence at the Center for Earth Ethics at Union Theological Seminary. 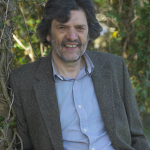 MICHEAL O’SIADHAIL is a former lecturer in Trinity College Dublin and professor in the Dublin Institute for Advanced Studies, and a fulltime poet since 1987. O’Siadhail is a founding member of Aosdána (Academy of Distiguished Irish Artists), former member of the Irish Arts Council, founding chair of Ireland Literary Exchange, and he received an Irish American Cultural Institute Award (1982), and a Toonder prize (1998). His Collected Poems (Bloodaxe Books) in 2014 included thirteen previous collections. He has published a collection of essays Say but the Word: Vision and Voice in Poetry (2015). A new poetry collection One Crimson Thread is due in September 2015. He will be serving as Distinguished Poet-in-Residence at Union Theological Seminary.

DR. BÄRBEL WARTENBERG-POTTER a committed ecumenist, served as Director of the Women’s Department in the World Council of Churches from 1980-1985, working on women’s issues and on justice, peace, and the integrity of creation. From 1984-1990, she taught Contemporary Theology at the University of the West Indies in Kingston, Jamaica, alongside her late husband, Dr. Philip Potter. She was a local pastor from 1991-1999 in Stuttgart-Botnang, and in 2001, she became the third woman Bishop the Nordelbische Lutheran Church in Lübeck, Germany. Currently, she devotes her time to research on Eco-theology and spirituality. She will be serving as a Visiting Research Fellow at Union Theological Seminary. 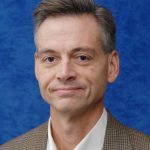 ROBERT WRIGHT is the author, most recently, of The Evolution of God, which was a New York Times bestseller and a finalist for the Pulitzer Prize. His other books include The Moral Animal, which The New York Times Book Review named one of the ten best books of 1994, and Nonzero, which Bill Clinton called “astonishing” and instructed White House staff members to read. In 2009 Wright was named by Foreign Policy magazine as one of the top 100 global thinkers. Wright has written for The Atlantic, The New Yorker, The New York Times Magazine, Foreign Policy, and the op-ed pages of The New York Times, The Washington Post, and The Financial Times. His books have been translated into more than a dozen languages, and his awards include the National Magazine Award for Essay and Criticism. Wright was previously a visiting lecturer in Princeton University’s religion department and has taught in the psychology department at Penn. He is  is editor-in-chief of the websites Bloggingheads.tv and MeaningofLife.tv. He will be serving as a Templeton Fellow in Religion and Science at Union Theological Seminary. 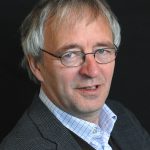 TRYGVE WYLLER is Professor of Christian Social Practice at the Faculty of Theology, University of Oslo. He wrote his dissertation partly on Dietrich Bonhoeffer in 1993. His main research interest the last 7-10 years has been spatial interpretations of practices for marginalized people and comments to theories of secularity. He edited the book Heterotopic Citizen in 2009, (together with R M van den Breemer and Jose Casanova): Secular and Sacred? in 2014 and is currently working on the (edited) book Spaces for Others. Between 2007 and 2015 he was dean of his Faculty. He will be serving as Visiting Research Fellow at Union Theological Seminary.