“The phenomenon of refugees is not an El Paso problem, it’s a U.S. problem,” said Ruben Garcia, the founder and director of Annunciation House.

And he should know. At Annunciation House, they provide the “hospitality” of food, bed, a shower, and other necessities for at least 2000 migrants a week, before helping to reunite them with family. It is one of the first stops for immigrants who are released by ICE when they cross the border into El Paso from Mexico. So, it was the first stop for me, and 30 other Episcopalians from across the nation, on a pilgrimage in December to learn, listen and know the full truth about the border realities in this country. 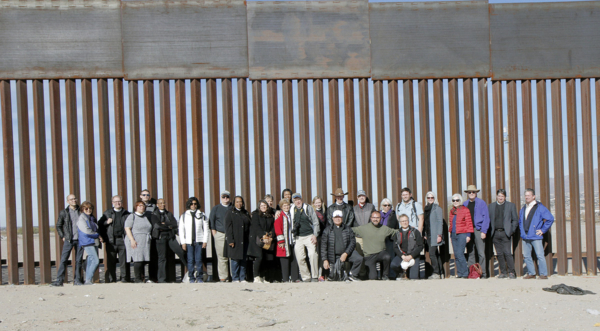 I witnessed a busload of immigrants arrive at Annunciation House that day—not rapists, not drug dealers, not criminals, but mothers and fathers with their sons and daughters. In them, I saw the refugee parents of Jesus who crossed borders to ensure that their newborn child would be safe and free to grow into who God had called him to be.

When we crossed the border into Juarez, we stood at the “wall” just a few hundred feet from one of poorest neighborhoods in Mexico made up mainly of Central American immigrants who attempted to cross but settled there. As we stood looking through the slats, at one of the wealthiest areas of El Paso with children from the neighborhood watching us, I thought of Jesus who was born in a manger because there was no room for him in the inn.

Walking back across the Paso del Norte International Bridge into El Paso, Texas, passing immigrants carrying what appeared to be white pillowcases with their belongings, held behind a gate by ICE agents, I saw Jesus crossing over borders into places like Samaria to offer a new beginning to the demonized and outcasts of his day. 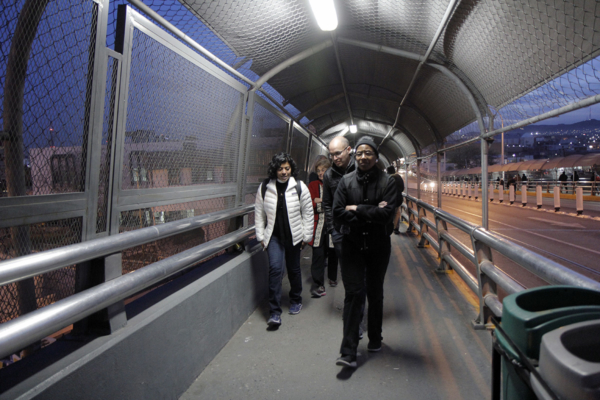 And as we ended our trip at the fence surrounding the tent encampment in Tornillo, Texas where some 2000 unaccompanied children are detained, standing across from cotton fields because that’s as close as Border Patrol permitted us to get, I heard the voice of Jesus saying, “bring the little children to me.” The entire experience was sobering and overwhelming.

As a person of faith, I am dismayed by the number of Christians, especially white evangelicals, who fervently support the Trump Administrations’ immigration policies which, as Christina Garcia, an advocate in El Paso’s Las Americas Immigrant Advocacy Center, says are “dehumanizing in every aspect and ignores the humanitarian right to access.”

In January 2018, a Washington Post/ABC poll found that a staggering 75 percent of white evangelicals in the US described “the federal crackdown on undocumented immigrants” as a positive thing, compared to just 46 percent of Americans overall. And according to a Pew Research Center poll in May, 68 percent of white evangelicals say that America has no responsibility to house refugees, a full 25 points over the national average.”

Former Arkansas governor and Southern Baptist pastor Mike Huckabee took to social media to label the caravan an attempted “invasion” of the United States. “America is great because immigrants helped make it great but what’s brewing at the border is NOT immigration-its an invasion! @realDonaldTrump cannot allow people to overrun the borders,” tweeted Huckabee.

As I boarded the plane to leave El Paso, I was haunted by Ruben Garcia’s questions to us: “Where are you? Where is the church?” As Christians, it must mean something that the One we claim to follow was born in a manger to refugee parents and crossed borders to bring the salvation of life, love and liberation to those who were victims of dehumanizing injustices—especially to children. The phenomenon of refugees is not just an El Paso or U.S. problem. It is a Christian problem. For it is in the faces of immigrants at the border that we see Jesus.