During Fall Break, Cláudio Carvalhaes, Associate Professor of Worship and Greg Snyder, Senior Director of Buddhist Studies traveled to Nagpur, India for The Social Engagement and Liberation conference, hosted by the International Network of Engaged Buddhists. Both Cláudio and Greg will be reflecting on their experience on the Union website. To read Cláudio second post, please click here. 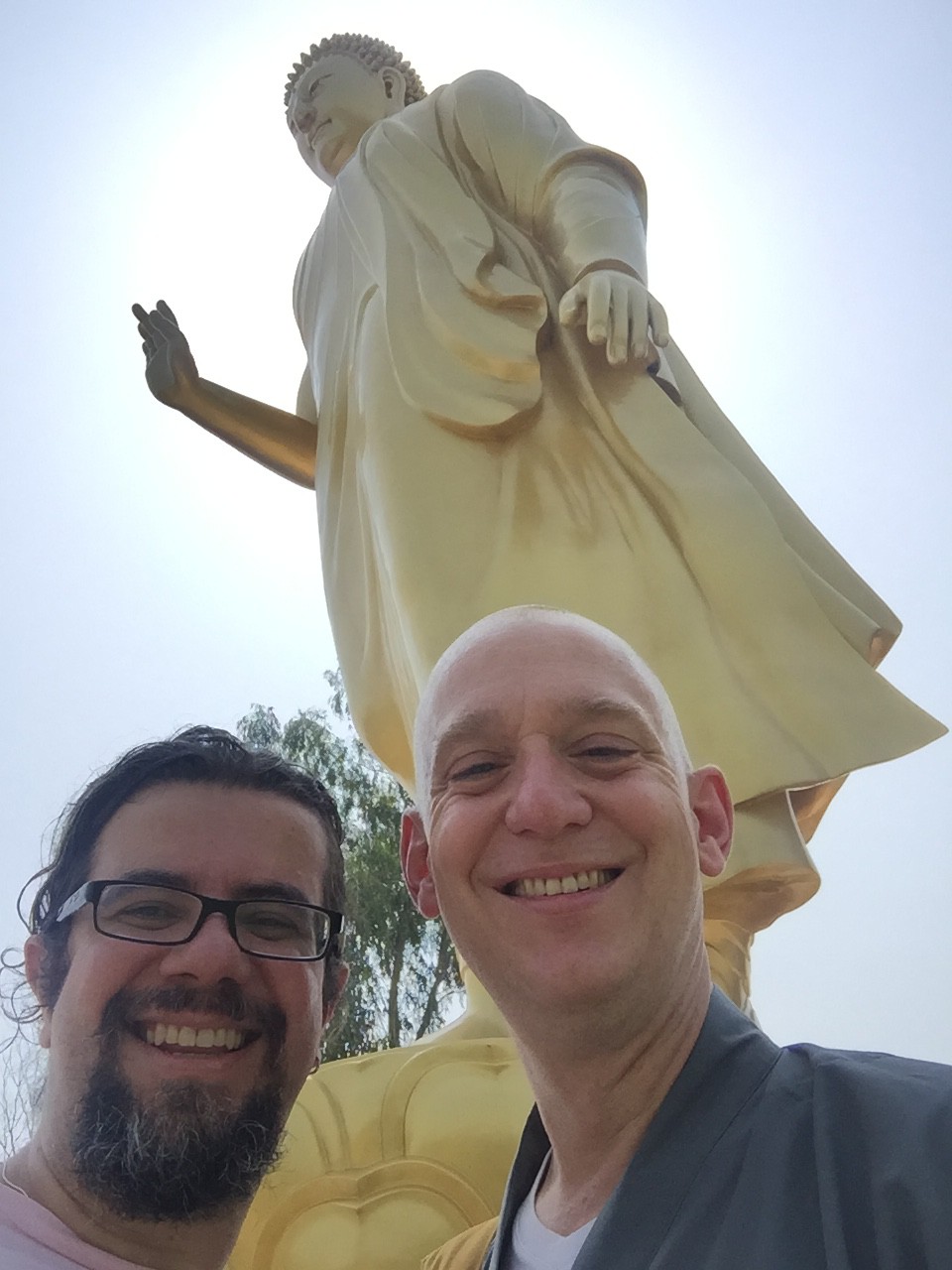 It was after our first faculty meeting at Union that Greg told me about a conference on Social Engagement and Liberation in Nagpur, India. This conference was to be centered around Buddhist Dalits and their processes of freedom in India. At that time, I was sitting in on his class “Socially Engaged Buddhism” wanting to know more about Buddhism. I surely accepted it and was bewildered by this gift. To learn how Buddhism deals with liberation and of the possibility to engage liberation from Buddhist and Christian perspectives immensely excited me. I knew a bit about Dalit Christian theology and was very curious to learn about the possibility of a Buddhist Dalit theology.

Before we came to India, we read Engaged Buddhism, by Christopher Queen and B.R. Ambedkar’s spellbinding book “Annihilation of Caste” with Arundhati Roy’s fierce and unforgettable introduction, called “The Doctor and the Saint.” To come to India was a challenge in itself. For me everything was unknown: country, place, conference, Buddhism. Greg was to be my guide and my priest.  With much care and a lot of wisdom, Greg showed some of the ways of Buddhism from basic to more complex ideas and ritual practices. Being at Nagaloka College made me see how education, when done with and for the poor, can truly transform people’s lives in deeper ways. What a powerful place this Buddhist school is! After three intense days of adjusting to the new time zone, habits, and schedule, we were ready to plunge into the conference.

From a Christian liberation theology perspective, I can see how much Buddhism can empower people and create profound processes of liberation. In the first day, we saw a ritual of conversion of 120 Dalits to Buddhism. Conversion is a hugely political act, one where people not only affirm the precepts of Buddhism and take refuge in Buddha but issue a strong denial of Hinduism and its systems of caste. This severance with the Hindu system is not a simple one, and I am still struggling to figure that out. As Ambedkar said once, “to the untouchables, Hinduism is a veritable chamber of horrors.” Sixty years ago Dr. Ambedkar converted to Buddhism. It was a powerful event with more than a half million other Hindus converting from Hinduism to Buddhism. Ambedkar, one of the most prominent Dalit leaders of India, who led the writing process of the Constitution of India, decided to free his people from the caste system of oppression sanctioned by Hinduism and told his people that Buddhism was a way out of oppression and into a religious community that would strive for freedom, equality, and solidarity. Ambedkar saw this conversion as a purely religious revolution, but since Buddhism doesn’t hold dualisms, the religious was fundamentally political and could create the conditions of the possibilities for the Dalits in India to free themselves, or to use the language of Christian liberation theology, to become the subjects of their history.

Buddhism has a vast complex compendium of Scriptures that carries in itself equality for all, including genders, and gives instructions to its practitioners to fight oppressors at all levels: personally, economically, socially and politically. Buddhism’s “spirituality” aims at the purification of the mind, searches for personal and collective transformation, strives for non-violent modes of structural changes and avoid hating its enemies as a form of conductive freedom. Moreover, it is a deep way of freeing oneself from the capture of the mind by social and psychological structures of oppression, with rituals that can be done by all, where the clergy serve not to induce one’s thought towards a doctrine but rather, to create patterns of habits that mirror the best possible ways to be human. Moreover, Buddhism engages deeply into the suffering of the person/people, and it is only through suffering that one can find compassion and practice generosity freely. All of this is wrapped up in a community that supports and strengthens the individual to achieve enlightenment. It is not difficult to see how many Dalits can find a home, a community, where identity and caste are not the measures of their human dignity.

Three things that marked me deeply here at the beginning. The first one was to notice that people greet each other here with the words Jai Bhim. Jai means victory and Bhim is the first name of Ambedkar. In other words, jai Bhim is the pronouncing of victory through the one who rose against the oppression of its country to free his people. The second thing is the statue of Buddha at the center of the Nagaloka College. Buddha’s position is not the regular seated statue, but instead, Buddha is walking (statue pictured above). As you walk around the statue, you see Buddha walking, and his walk is so brisk that his clothes are wrapping around his back. Buddha here is active, moving forward into the struggle. Also, Buddha has his eyes open and that comes from Ambedkar. Once when he was asked how he wanted to see Buddha, he said: I want a Buddha with open eyes, eyes that see everything and change the world. The third thing was to go to the site Ambedkar was converted to Buddhism. A huge place with a multitude of devoted people. The joy of seeing the Dalits marching on the streets with the passion and vibrancy of those who truly believe they are empowered was deeply moving! A grassroots movement, young people taking the lead in the chanting and a collectivity that would make anyone who doesn’t believe in the power of the people to reconsider — three, four, or five times.

Hearing socially engaged Buddhist leaders from around the world was powerful. The plight for spirituality was one in the same as the plight for justice. The demands for transformation are not only about social and political issues but also the demand to transform one’s mind. I saw myself back in Chicago when I was part of a street protest at one of the Chicago Moral Monday’s acts. If I had to go back, I would continue to demand no cuts to the budget, no austerity plan. But I would also include the demand for the purification of my own mind and the purification of the mind of the political leaders of Chicago. They are confused, they are grasping to their own loss, and they need to be transformed – just as much as I am in need to be transformed, too. Being here with the Buddhists is clearly messing up my mind, my body, and my theology. Thanks be to God! And the Buddha!