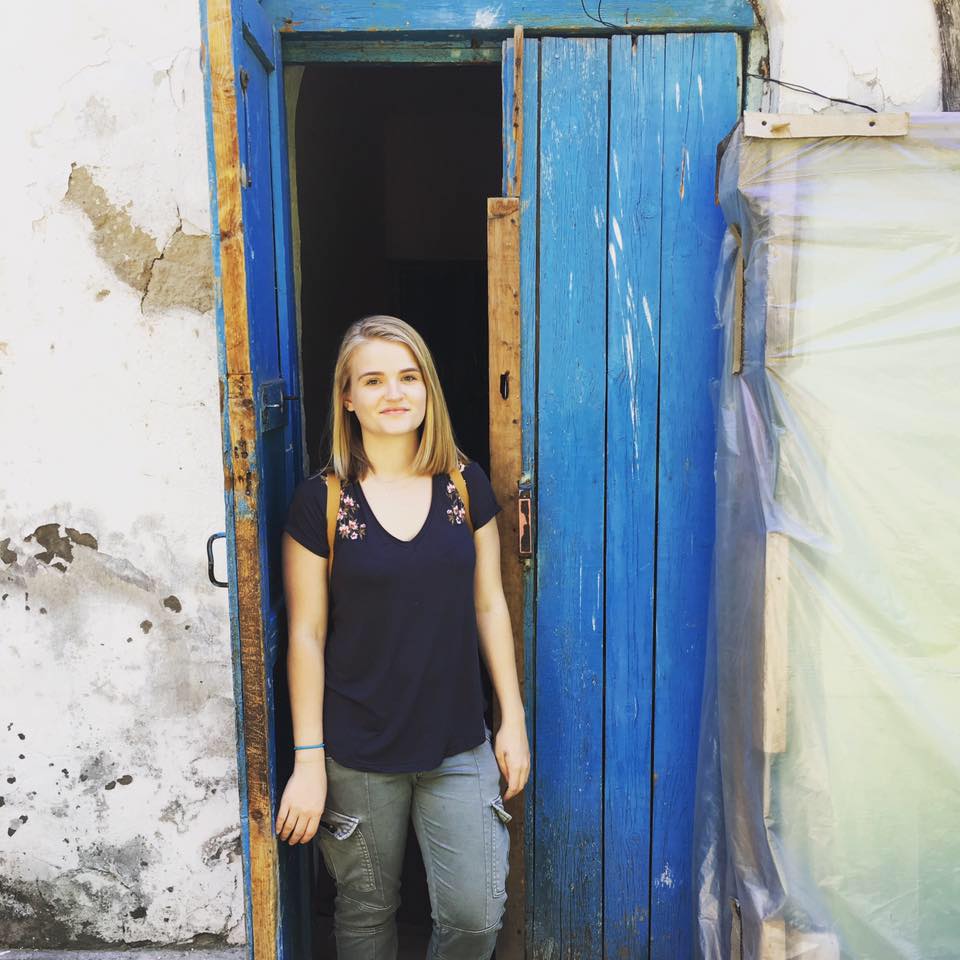 Until my first day of college, I had only attended religious schools: Episcopal elementary and middle schools, and a Quaker high school. In each of those spaces, there was always an understanding of what faith could mean and how faith could operate in individual and communal life. Whether or not you were in a faith community, your school was one. Religion was part of the curriculum. There was a baseline understanding of the Bible expected and respect for those who followed its teachings.

So, when I arrived at my undergraduate college, a distinctly secular institution, I was excited to study the Bible in my first-year seminar class. I couldn’t wait to speak with people who didn’t have my background, to approach the text through a secular lens and to address it like a best seller and historically significant text, rather than a religious one. I had not yet had this type of exegetical opportunity. Entering my first class on Genesis, I was eager to share with my classmates my perspective both as an aspiring academic and as a Christian. I walked in thrilled to share, listen, and learn, but when I left I felt defeated, insulted, and confused.

The Professor began with a question, “Who has something that they would like to share with the class about the text? Observations? Questions?” A couple of us raised hands, mine hesitantly only half-way, curious to hear my peers’ perspectives. A classmates’ hand shot up like lightning and was called on first. When they opened their mouth I felt attacked. I don’t remember their full comment, but I remember how it made me feel; and two sentences that knocked the wind out of me: “This is why I hate Christianity, it’s so sexist!” and “I don’t know how any intelligent person can believe this.” Those words struck me in a way that I did not expect. I knew that people felt this way, I knew that Christianity had come to be associated with sexism, racism, and xenophobia. But when I was told point blank that your faith is the source of these evils, the pain was palpable.

My half-raised hand immediately fell and I didn’t participate much in that class. I was shocked to hear my classmates chime their agreement—a consensus my professor did little to nothing to dispel. I didn’t need my peers to believe as I did, but there seemed to be a total rejection of anything positive, either in the text or about the faith traditions that use it.

To be clear: There are issues with Christianity. The Bible has been used to validate white supremacy, racism, sexism, imperialism, and violence. But the text itself is no more an advocate for that than any other ancient text born in patriarchal society.

In that class, there was no discussion of feminist/womanist, ecological, or even race theory in relation to the text, not to mention textual, literary, form, tradition, or philological criticisms. Beyond that, there was a complete lack of interest in examining other interpretations. It’s ironic that suggesting an alternate reading made me feel unintelligent, when what seems naïve is to preclude deeper engagement.

I am not a stranger to this experience. When I tell people that I am a Christian, I often pair it with a clarification that I am not homophobic, conservative, or a “big E” Evangelical. Being young, liberal, and also faithful often confuses people in my generation and social circles. But what I’m told is incompatible seems obvious to me. When I read the Bible I hear a deeply nuanced and complex love. I hear a call to love radically and to dive head first into the world pursuing Christ’s justice. A call to do as Jesus did would mean to show sex workers respect and kindness, to listen to women when others do not, to stand in solidarity with poor people, to show kindness particularly to those who society tells you to disregard, and above all else to love my neighbor as my self.

It’s easier to blame Christianity than individuals who have perpetuated harm in Christ’s name, or to look at the social and power structures that used Christianity as a Trojan Horse for oppression. I am not saying that the Church is not responsible for harm. But I am saying the Bible itself is not responsible for that harm, instead it is a text that is filled with nuance, a living document that is forever re-interpreted based on the day and culture in which it sits. Using the Bible to justify racism, sexism, homophobia, or any other oppression is not the same as the Bible saying to do those things.

There’s no getting around it: Christianity has a perception problem and the Church is at a crossroads. Do we surrender to reductionist rhetoric about Christianity, or can we live into a new Church that truly embodies Christ’s love?

Hebrew scriptures scholar Walter Brueggemann has said, “The prophetic tasks of the Church are, to tell the truth in a society that lives in illusion, grieve in a society that practices denial, and express hope in a society that lives in despair.” These words remind me of the tasks at hand. Now, as I am in the midst of my first year of Seminary as a candidate for a Master of Divinity, I am on a journey to finding the tools necessary to do this work. I feel more prepared to critically engage with the texts and with the conversation at hand, ready to engage in spaces like my undergraduate seminar class, to speak faithfully on behalf of my faith, while keeping in mind the realities of the history of Church.

I hope to speak more with progressive Christians about how we move in a world that too often treats Christianity as a fixed object. How do we change the perception of Christians in a seemingly post-Christian 21st century? I ask this not as someone who wants to stop qualifying my faith (though I do), but as someone who wishes to engage critically, deeply and thoughtfully with these systems of authority.

In this work, I am hoping to find the balance of my faith and my work to dismantle these systems of oppression. I hope to find what I could not in that classroom, and speak out as a young, liberal and faithful member of the 21st century.