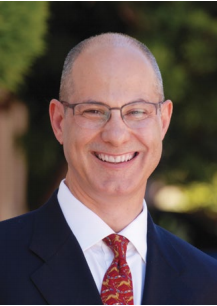 Arguably, bi-vocational ministry is on the leading edge of what ministry looks like now. I am deep in it. I serve as the Manager of Spiritual Care Services at Pathways Home Health and Hospice, the second largest home health and hospice agency in the San Francisco Bay Area. I am also the called pastor of First Congregational Church of San
Francisco, United Church of Christ. Both of these calls are complex and demanding, and serving both well has necessitated a set of skills beyond the requirements of the vocations themselves. At Pathways, I supervise a staff of chaplains who serve patients who reflect the stark income inequality that one finds in an area that reaches from the Silicon Valley to Oakland, from San Jose to San Francisco. One aspect of my work is to support resilience and carry the mission of care within our agency in the face of a stressful and dysfunctional healthcare environment. I’ve also kept a small caseload, primarily our pediatric hospice service. Doing “the work” of hospice grounds my practice and is essential in sustaining my faith journey. When I started at First Congregational Church of San Francisco four years ago, it wasn’t clear to any of us what God was calling this congregation to do. Before I arrived, the congregation had sold its historic building to relocate, but they had not decided where they would go. Eventually, they found a place on the edge of the Tenderloin district where they would build. I had visited them during this “wilderness” experience, and I was aware that this congregation had to grapple with uncertainty and the fear of dying—even after they moved into their beautiful new sanctuary. But this small congregation has a vision of becoming a community center even as it honors its past with the knowledge that the future will look very different than the “glory days.” We’ve partnered with MCC San Francisco, who are now our “roommates.” We are taking care of one another and are becoming far more active in service in the world.

I’m grateful to serve in two different contexts that invite me to embody different qualities of my pastoral identity. Both contexts take a degree of risk taking—but prophetic witness looks very different in a Clinical Operations meeting than it does at the bedside of a hospice patient, and different still from preaching or talking to the homeless guys who sleep in front of the church. All of it feels important to me. In moments of clarity or when someone really tells the truth of a situation, it feels sacred.

Union fit me as a person. It honed my pastoral voice and grounded me in a vision guided by justice and compassion. Union gave me the opportunity to clarify my place in the world, exposed the intellectually unfinished places, and located me in the greater arc of history. Union did not coddle me, but it did nurture the imperative to follow my path of truth in the service of God as I understand God. Union also encouraged me to think outside the box and to recognize that there are times when you need to ditch your assumptions and rules and look at things afresh. Union helped me to see the face, hands, and feet of God at work in the world.

I follow Union on Facebook, and I have some classmates with whom I stay connected. Recently, I committed to help develop a San Francisco chapter of The Union Alumni/ae Network.

Pay attention to where you’re being pulled, but know that the awareness you cultivate through all your life experiences is a lifelong practice. After you graduate, whenever you find yourself in a group of people, you may realize that Union helped you form the smartest and most challenging questions in the room. Part of your payback is to embrace the trust that your teachers and peers place in you, and keep working with those folks to answer those questions.