On a full tour, you will: 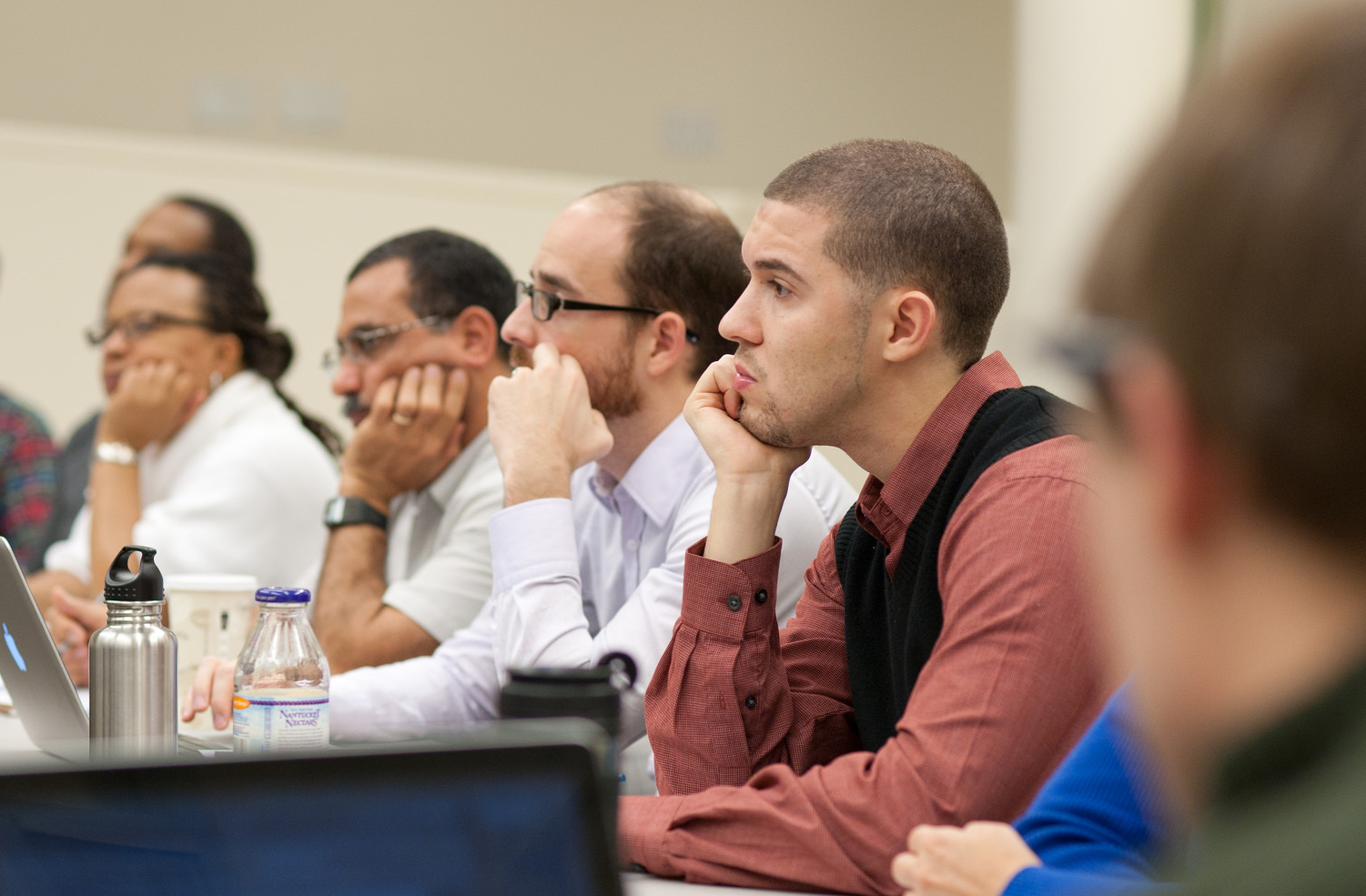 There’s nothing quite like a class at Union Theological Seminary. With a world-renown faculty who live and breathe their academic passions, all the while both nurturing and challenging. When it comes to Union students, they arrive to class with the upmost conviction in their spirit and reason, The Union Seminary classroom is a space for discussion, disagreement and discernment. This fall, a number of professors had opened up their classroom to visitors. Scroll below to see availability by day, and read the course descriptions. Please note that some classes have limited seating.

This course offers an introduction to the history of the Christian Church in the Western European
tradition between the rise of the medieval Church in the West c. 1000 and the twentieth century. It
includes some discussion of the high and late middle ages, the Reformation and Confessional era, the
Enlightenment, the era of Romanticism, the movements of Higher Criticism and Liberalism, and the
modern Church.

Revelation is perhaps one of the most notorious and misunderstood books of the Bible. Given the violent
warfare, natural disasters, beasts of empire, and ominous portents, the average readers of Revelation find
themselves perplexed by its symbolism and at a loss for its contemporary relevance. This class seeks to
“decode” Revelation through a prominent image that opens and closes the book and speaks directly to the
abuses of empire and power: The Tree of Life. This course employs an empire-critical, visual-exegetical
framework to Revelation in order to engage themes of power, ecology, and identity. We engage
Revelation’s Roman imperial context and visual imagery while performing a close reading of the biblical
text to produce contextual interpretations for a world in desperate need of hope and transformation.

Sometimes, very troubled periods in the life of the churches produce amazing spiritual literature, which was certainly true in the century after the Church of England was re-established under Elizabeth I in 1559- 1560. Barely had the church achieved its settled institutions and heritage texts, when it was challenged both politically and theologically from within and without. Yet in this context, spiritual leaders of all kinds wrote inspiring texts of prayer and preaching. Leaders deployed all the tools of Renaissance rhetoric to celebrate the beauties of their faith and their liturgy. Especially in the 17th century, poets like John Donne, George Herbert, Henry Vaughan and Thomas Traherne expressed eloquent, complex, and often astonishingly frank and candid poetry in the depth of their spiritual struggles. This course reviews these texts and offers opportunities to explore the relationship between the spiritual, the artistic and the poetic.

Based on a close reading of the text in its Greco-Roman imperial and colonial contexts, this course aims at bringing (West) African and (Eastern) European perspectives into dialogue towards an anti-colonial, gender-critical and ecological re-imagination of Galatians. How does Paul’s fundamental declaration of freedom and equality, penned down under Rome’s watchful eyes and addressed to a province reminiscent of “uncivilized” Celtic tribalism, bear on the “barbarians” of our present-day world?

This course examines Islamophobia and anti-Muslim rhetoric in the context of the United States. The course introduces theological, cultural, legal, and institutional aspects of Islamophobia, and probes the ways in which Islamophobia intersects with racism, sexism, and religious exclusivism. The course also focuses on diverse strategies for combatting Islamophobia.

African American churches face unique social, economic and political challenges in the 21st century. To effectively serve their congregations in these increasingly fraught times, it is crucial for African American pastors to be equipped to fully comprehend the implications of important events and issues in the public square, to adequately communicate their significance to congregation and community, and to suggest constructive ways to respond. This course will discuss some of the most pressing of those issues and explore biblically-based strategies to address them.

This course examines Islamic perspectives on religious diversity, other religious and non-religious
traditions, and interreligious engagement. It involves exploration of primary Islamic sources (including the
Qur’an and Hadith) and traditional and contemporary interpretations drawn from exegetical, legal,
polemical, and theological discourses. Emphasis is placed on theological, exegetical, and contextual
assumptions; interpretative methodologies; and on the relevance of the Islam-specific conversation to
broader discussions of religious diversity and interreligious engagement.

In this course, students read basic texts of various liberation theologies across the globe and find ways that
they inform ritual and liturgies from the perspective of marginalized people. Along with the reading of
these texts, students create ritual/liturgies in order to better understand these theologies through the
movements of the body within our community. Through reading and practice, the goal is to learn how to
create rituals in liberative forms of resistance and celebration.

Urban religious life and the theory and practice of field research is the focus of this course. The course
covers research methods such as oral history, participant observation, and key methodological issues, such
as fieldwork ethics and the politics of representation.

It is difficult to teach “church” in a pluralistic context; this course offers an ecumentical view of the
church by first looking at the ecclesiologies of the church as they developed from the first century to the
present. Essentially taught through reading R. Haight, Christian Community in History, I-III, an extensive
essay in historical and comparative ecclesiology accompanied by various primary sources. The course then
examines what an ecumenical church might look like: what are the essential elements? Despite this broad
canvas, the goal of the course is to learn the self‑understanding of the church in the various communions
that developed during the course of its history. This broad examination of the church in these different
historical manifestations reveals both the relativities in the church’s structure as well as certain consistent
elements in its constitution. The course ends with an essay at expressing a common understanding of the
apostolic core of the church as it appears today across and within the churches. 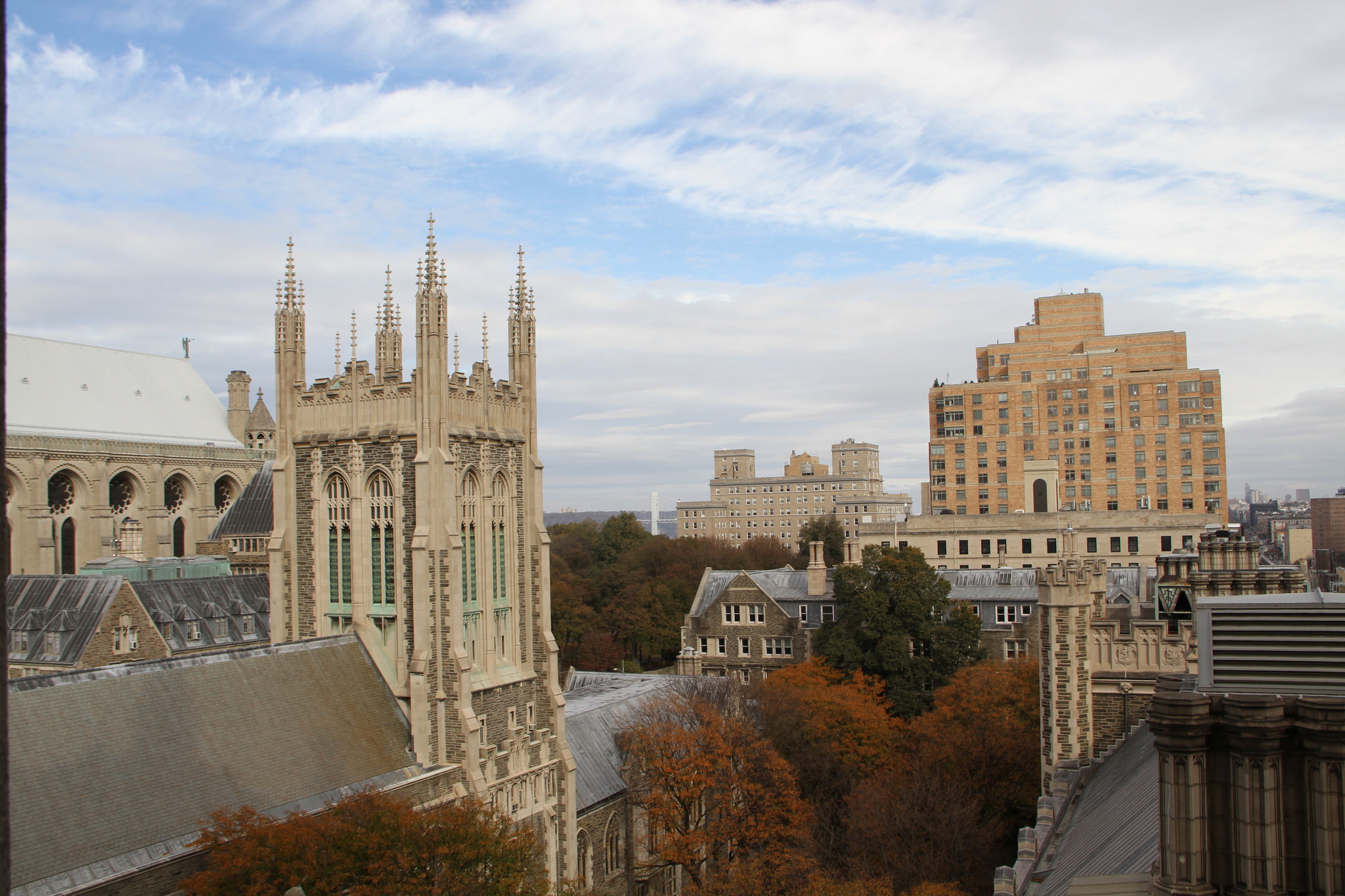 Built in 1910, our seminary sits in the heart of Morningside Heights. The tour will introduce visitors to the English Gothic Architecture, the enchanting inner quadrangle garden- the largest in New York

City, the historic James Chapel, as well as Burke Library which houses the largest collection of theological publications in the western hemisphere. Union Theological Seminary is a wheelchair-accessible campus with elevators, ramps, and automatic doors. For further information about accessibility, please email us at admissions@utsnyc.edu or call us at 212-280-1556.

Chapel is a cornerstone for spiritual and religious life at Union. Every Monday through Thursday at noon Students, Faculty, Staff and administration host chapel services which speak to truly embrace and speak to the diversity at Union Theological Seminary.

With no set liturgy or guiding principles, no Chapel service is like the other. As Union Theological Seminary is committed to the work of interreligious engagement, each chapel is affirming and open to all. 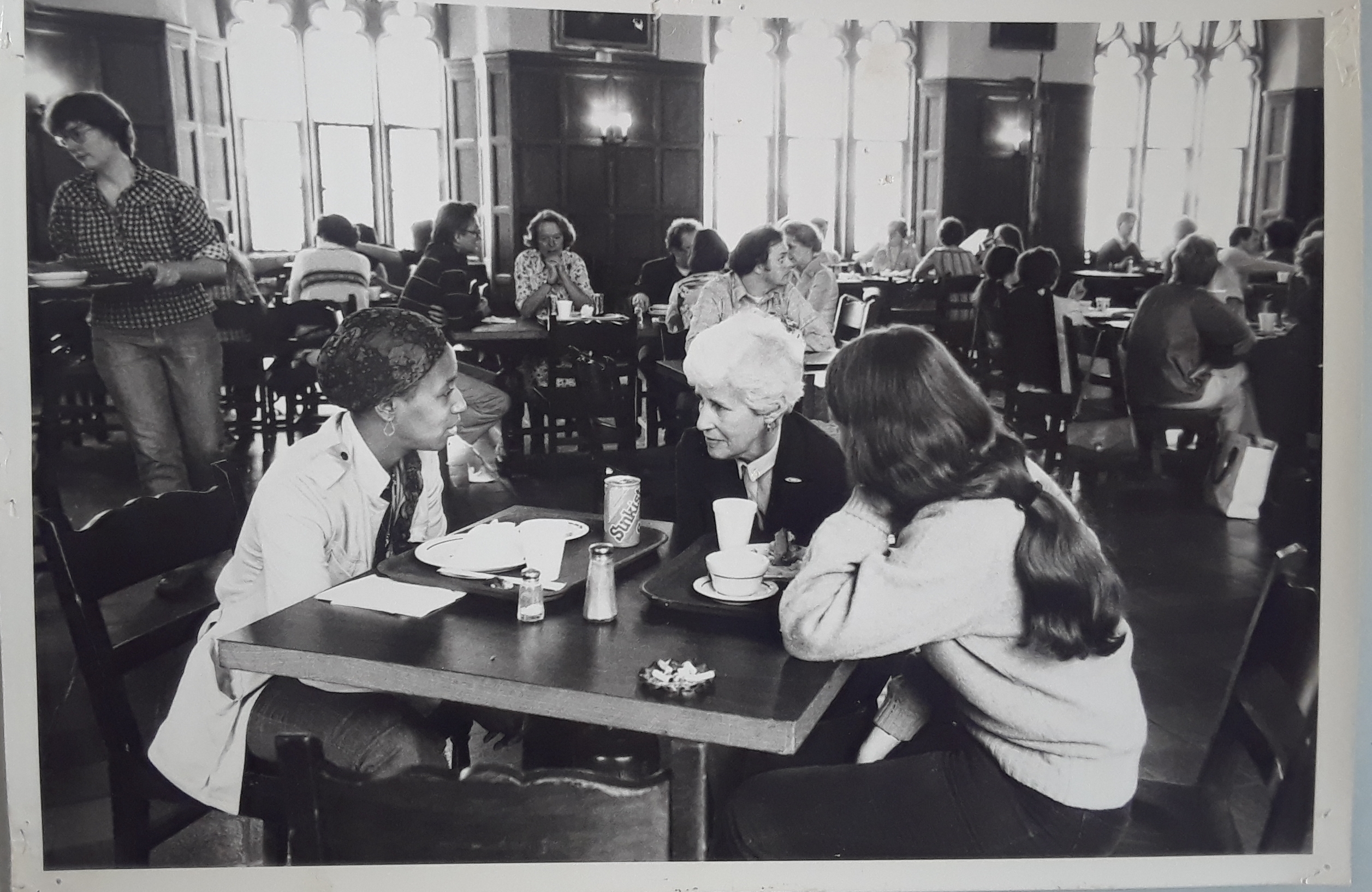 With almost fifty-percent of the student body living off-campus, community lunch is the one time in the day when the collective Union community is able to unwind, converse, and be in fellowship. During the tour, visitors will get the opportunity to understand the essence of the seminary through connection with current students.

Full tours will be available Monday to Thursday, February through April. The Summer tour schedule will be updated in May. Questions about visiting Union? Email us at admissions@utsnyc.edu or call 212-280-1556.

Can’t do a full day?

The Union Office of Admissions is happy to offer shorter tour options if you are not able to join for a full day. The shorter tour will last about 1.5 hours and will include, a tour of campus and the opportunity to chat with students and the admissions staff.

We can offer short tours on Monday, Tuesday and Thursday. Please reach out with at least five days notice before you would like to visit. To schedule your tour, email us at admissions@utsnyc.edu or call 212-280-1556.

Interested in meeting a Union professor? Feel free to reach out using the contact information found in our faculty directory.

There are no upcoming events.