The Episcopal Divinity School at Union Theological Seminary has been awarded a $250,000 grant from the Henry Luce Foundation for “Religion and Racial Justice: Expanding the Moral Imaginary Through Film.” The grant will fund a two-year program that will bring together a cohort of scholars, faith leaders, activists, and artists of color to explore religion and racial justice through the lens of film.

“There is a natural relationship between arts, religion, and race that can serve as a catalyst for difficult and uncomfortable conversations. This impressive cohort of diverse people of color will use film to expand our moral imaginary to what is possible in fostering a more just society,” said Kelly Brown Douglas, Dean of the Episcopal Divinity School at Union. “We are so grateful to The Henry Luce Foundation for their support and leadership in creating spaces for these important conversations. There is no time more important than the present for us to come together as we see religion and race intersecting in dangerous ways, especially in the form of white Christian nationalism.”

This cohort will convene monthly to reflect on films that engage the topics of religion and race. Through these meetings, the program will allow members to build connections, support one another’s ongoing work, and coordinate current and future efforts at combating racial and social injustice. Collaborative work among the cohort will be further incentivized and supported by a select number of microgrants.

Additionally, Dean Kelly Brown Douglas will host a series of curated conversations with the cohort members about racial justice, religion, and film’s power to engage and transform the public moral imaginary. These interviews will be publicly available online.

The cohort includes individuals whose work is transforming the public moral imaginary around race and religion.

The members of the cohort are: 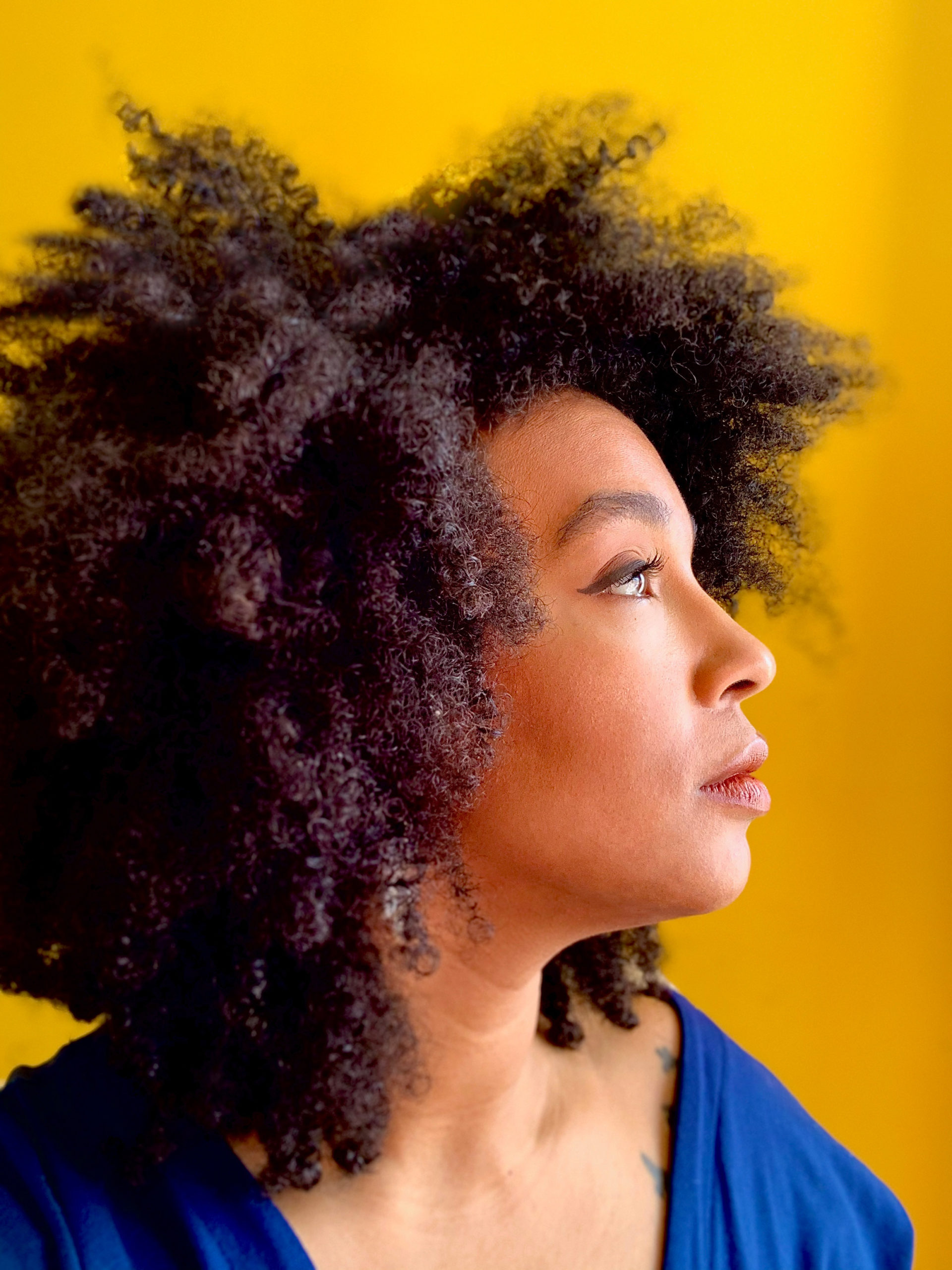 Amey Victoria Adkins-Jones is Assistant Professor of Theology and African and African Diaspora Studies at Boston College. Professor Adkins-Jones is finalizing her first monograph project, Immaculate Misconceptions: Black Mariology, Freedom, Fugitivity, a theological account of the rise of the global sex trade. She is at work on a second project, See No Evil: A Theology of Black Life, a theological account of technology and anti-Blackness. Outside of academia, Professor Adkins-Jones is an ordained Baptist minister who frequently preaches and teaches around the country, and brings pastoral sensibility to her work centering social justice. She is a practicing birth worker, a trained iconographer, and has a career background in UX Copywriting and Design. A ‘displaced Southerner,’ she joyfully builds community and hospitality with her family in Newark, NJ. 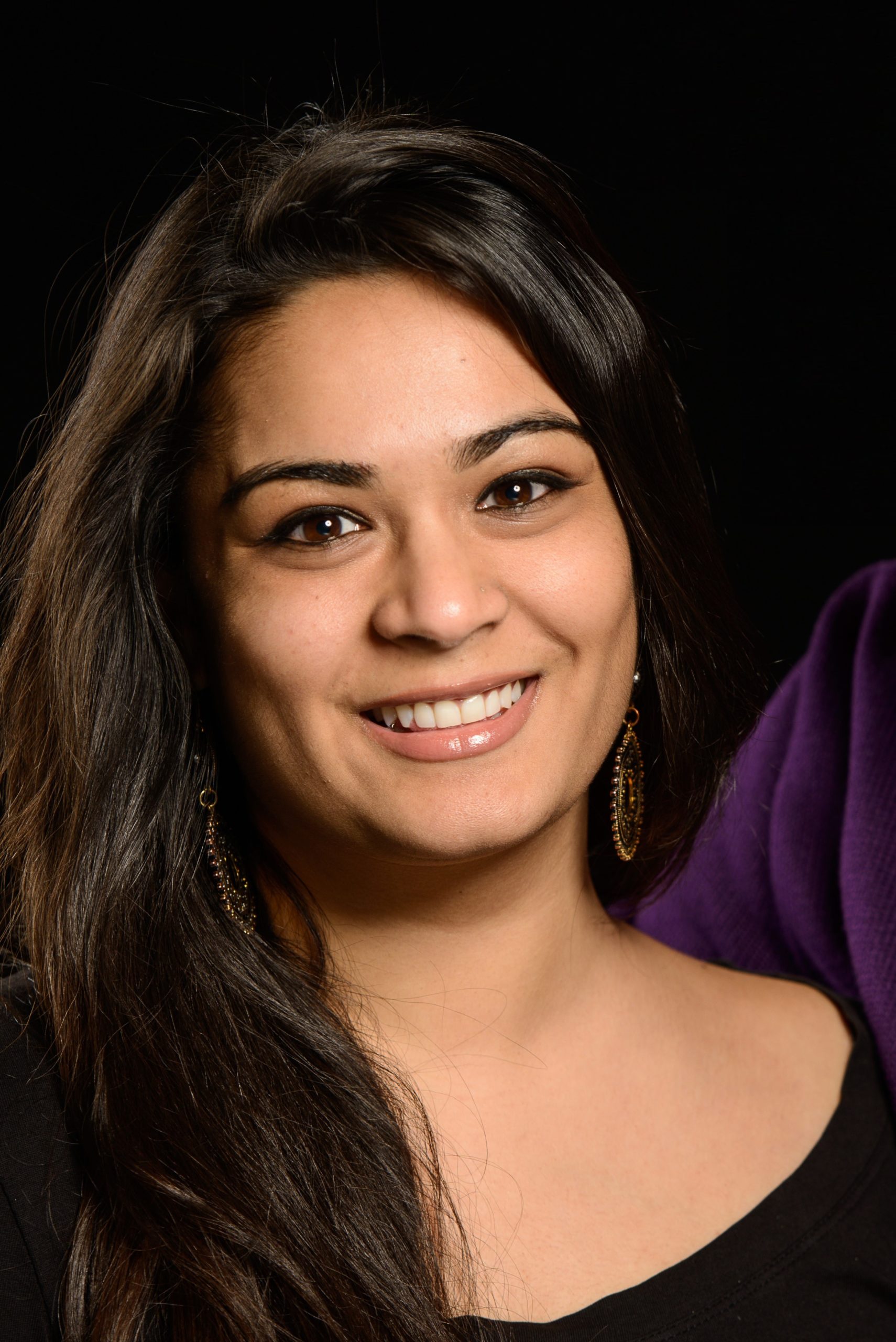 Dr. Samah Choudhury is an Assistant Professor in the department of Philosophy and Religion at Ithaca College here she teaches courses on religion, race, pop culture, and Islam. Her research looks at contemporary American Muslim cultural production. She is at work on her first book, titled American Muslim Humor and the Politics of Secularity, which examines how Muslims have articulated themselves through the medium of standup comedy in the U.S., and the ways that Islam gains recognition or becomes obscured under the specter and demands of U.S. multicultural secularism. Last year, she was awarded the Institute for Social Policy and Understanding’s Young Scholar Award for her research. Samah holds a PhD in Islamic Studies from UNC Chapel Hill. You can learn more about her and her work at samahchoudhury.com. 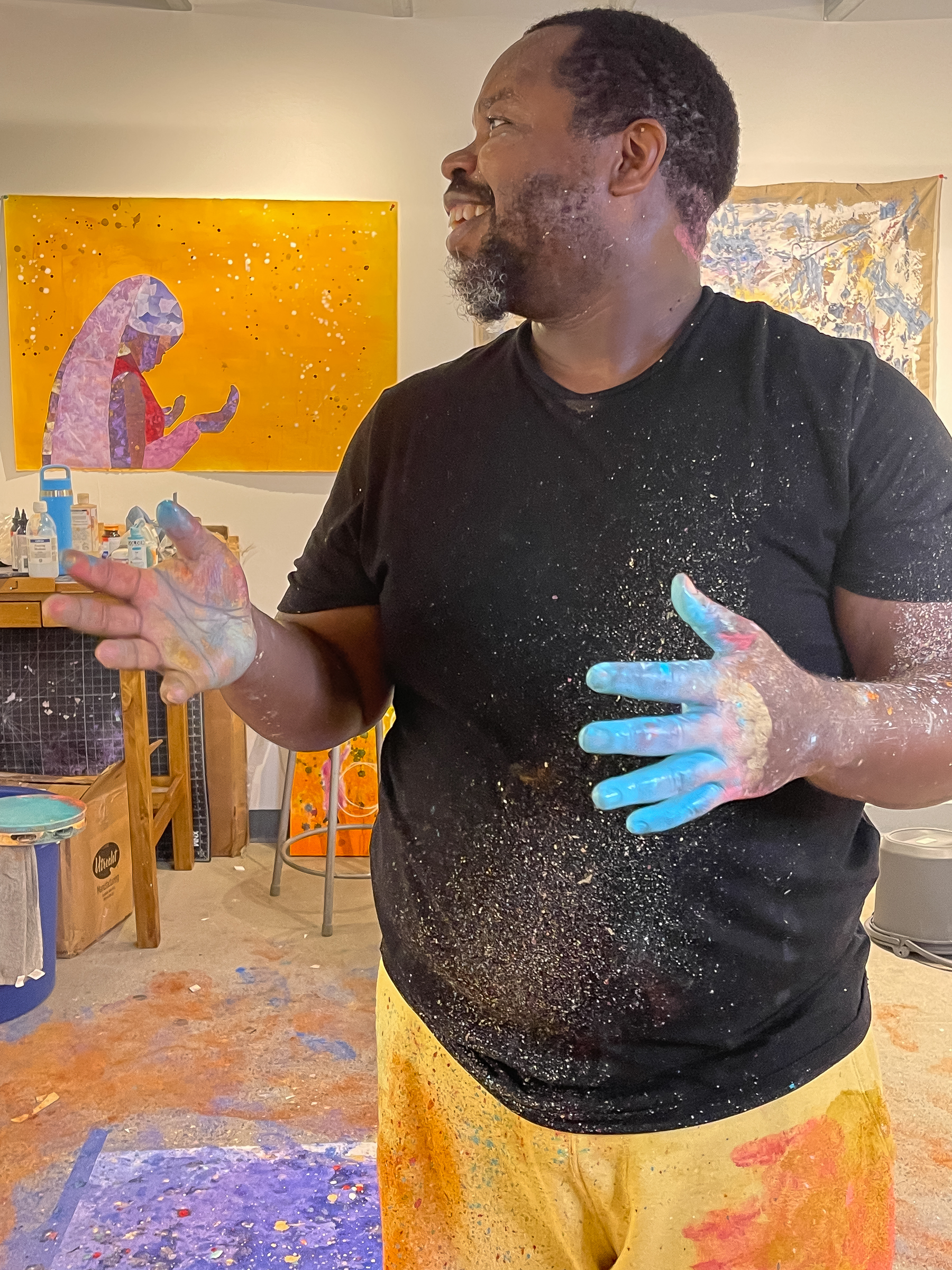 Ashon Crawley is a writer, artist and teacher, exploring the intersection of performance, blackness, queerness and spirituality. Associate professor of Religious Studies and African-American and African Studies at the University of Virginia, he is author of Blackpentecostal Breath: The Aesthetics of Possibility (Fordham University Press) and The Lonely Letters. s (Duke University Press). He is currently writing a book about the practice of black social life; a manuscript from his ongoing research about the Hammond B3 organ, the black church and sexuality; and a short story collection. Founder of the Otherwise Arts Lab, an integrative arts practice and space, he’s had art residencies with Yaddo, MacDowell and New City Arts Initiative. His audiovisual art has been featured at Second Street Gallery, Welcome Gallery, Bridge Projects and the California African American Museum. All his work is about otherwise possibility. 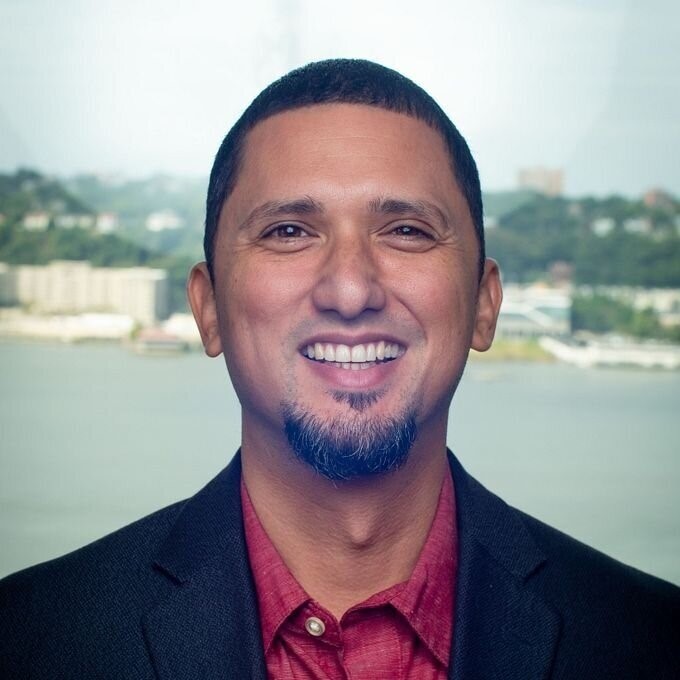 Jeremy V. Cruz is Associate Professor of Theology and Religious Studies at St. John’s University in Queens, NY. A social ethicist, his research investigates relationships between morality, public theology, and social movements. He has published in academic journals such as American Catholic Studies and the Journal of Hispanic/Latino Theology, and popular venues like America Magazine and the National Catholic Reporter. His forthcoming book, titled Equality and Catholic Social Teaching: Advancing an Emerging Tradition, deepens the integration of Catholic social thought with moral theories of equality. Dr. Cruz earned his Ph.D. in theological ethics from Boston College and has served as a board member of the Academy of Catholic Hispanic Theologians of the United States (ACHTUS) and as co-chair of the Latinx Religion, Culture & Society Group of the American Academy of Religion. 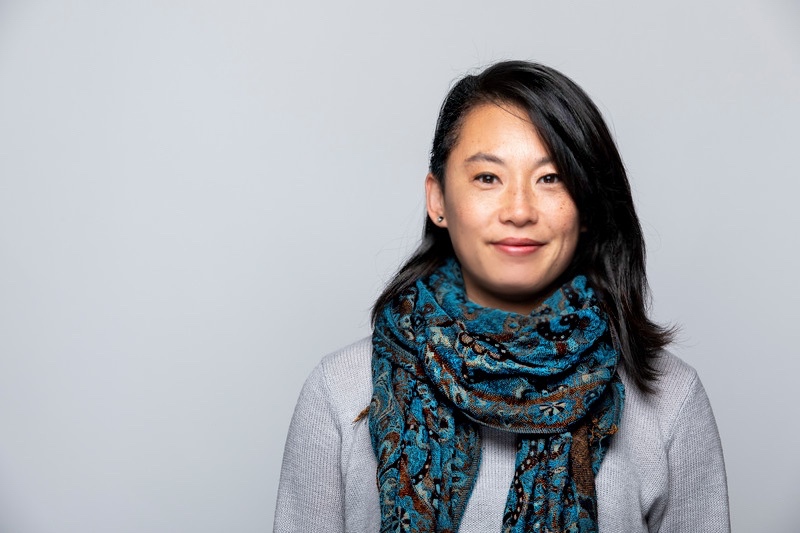 Mihee Kim-Kort is an ordained Presbyterian (PCUSA) minister and serves as co-pastor with her spouse of First Presbyterian Church in Annapolis, MD. She is a doctoral candidate in Religious Studies at Indiana University with degrees in divinity and theology from Princeton Theological Seminary and English Literature and Religious Studies from the University of Colorado-Boulder. Her writing and commentary can be found in The New York Times, TIME, BBC World Service, USA Today, Huffington Post, Christian Century, On Being, Sojourners, Faith and Leadership, The Revealer, and Religion Dispatches.

Gabby Rivera is a Bronx-born queer Puerto Rican babe on a mission to create the wildest, most fun stories ever. She’s the first Latina to write for Marvel comics, penning the solo series AMERICA about America Chavez, a portal-punching queer Latina powerhouse. In 2017, Gabby was named one of the top comic creators by the SyFy network, and one of NBC’s #Pride30 Innovators. Gabby currently resides on the West Coast in California and hosts Joy Uprising, a podcast that brings together her favorite revolutionary humans to honor joy in a chaotic world. Her debut novel, Juliet Takes a Breath, was a People magazine Best Book of Fall 2019 and An Amazon Best Young Adult Book of 2019. 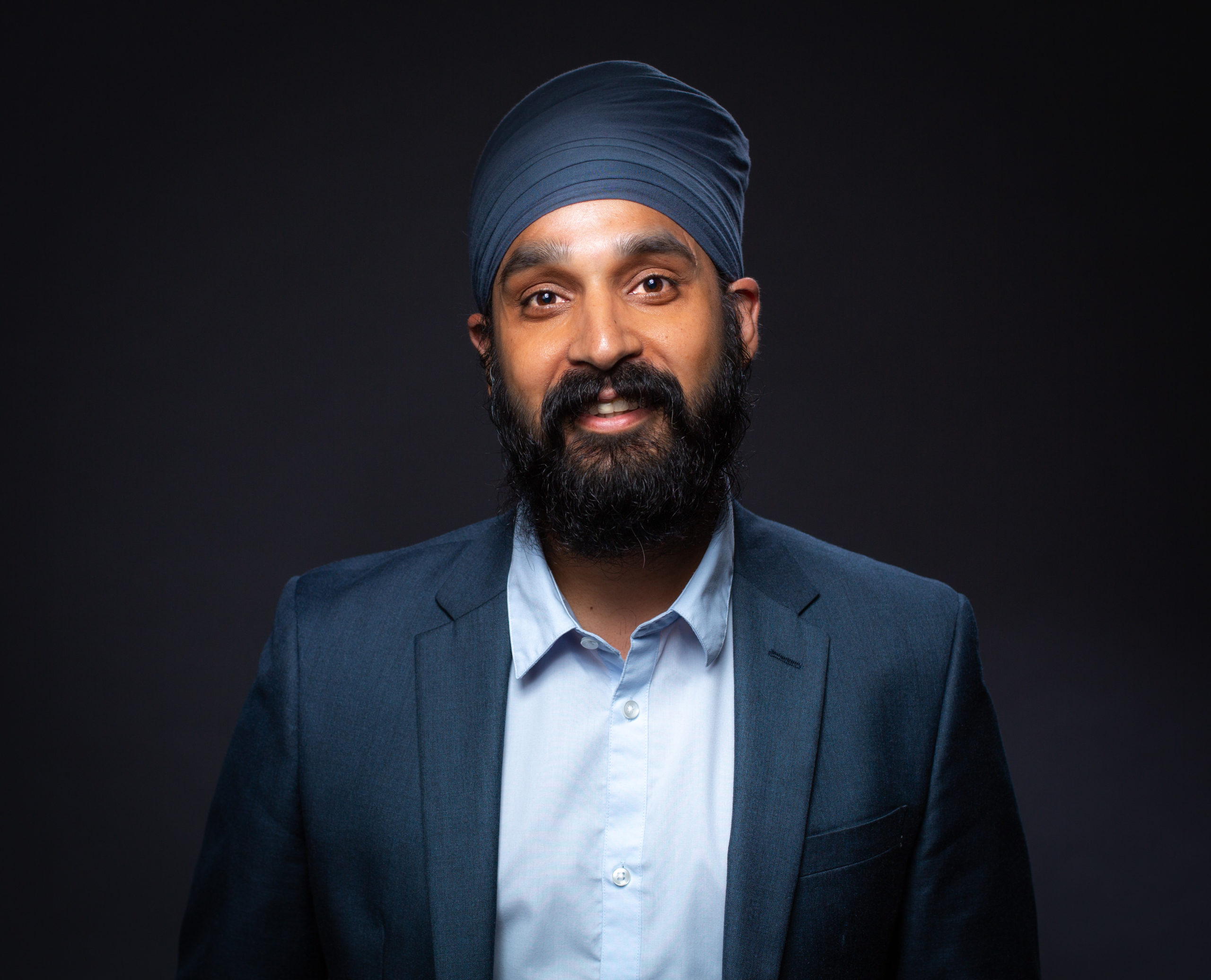 Simran Jeet Singh, Ph.D., is the Executive Director of the Religion & Society Program at the Aspen Institute and national bestselling author of The Light We Give: How Sikh Wisdom Can Transform Your Life. Simran is a Visiting Professor of history and religion at Union Theological Seminary, a Senior Adviser on Equity and Inclusion for YSC Consulting, and a Soros Equality Fellow with the Open Society Foundations. He is a regular contributor to major news outlets on topics related to religious pluralism, religious freedom, diversity and equity, and in addition to his monthly column for Religion News Service, his work has been featured in The Washington Post, CNN, and TIME Magazine. In 2018, Simran received the Peter J. Gomes Memorial Award from Harvard University for his work in religious pluralism. He lives in New York City with his family. 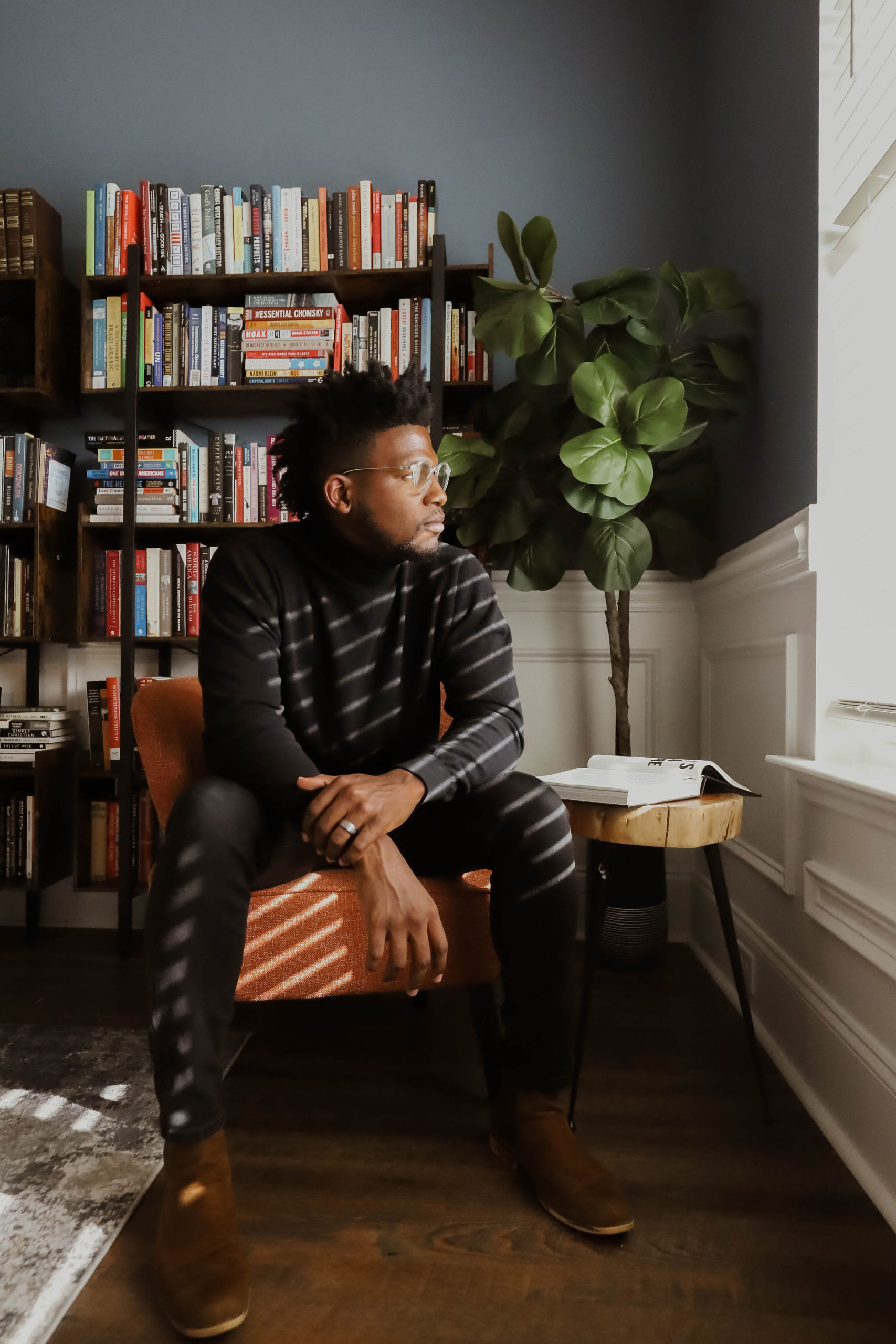 Danté Stewart is an award-winning writer, speaker and author of Shoutin’ In The Fire: An American Epistle. Named by Georgia Writers Association as “Georgia Writer of the Year 2022 (Memoir), by The Center for American Progress as one of “22 Faith Leaders to Watch in 2022” and by Religion News Service as one of “Ten Up-And-Coming Faith Influencers,” his work has appeared in the New York Times, the Washington Post, ESPN’s Andscape, Sojourners, NPR, CNN, and more. 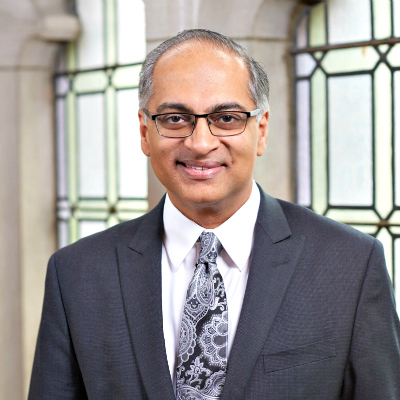 John J. Thatamanil is Professor of Theology and World Religions at Union Theological Seminary in New York. He is the author of Circling the Elephant: A Comparative Theology of Religious Diversity (Fordham, 2020) and The Immanent Divine: God, Creation, and the Human Predicament. An East-West Conversation. He is currently working on a book entitled, Desiring Truth: The Quest for Wisdom in a Post-Truth Era. He is a past President of the North American Paul Tillich Society. He teaches a wide variety of courses including, “Hindu Religious Thought and Practice,” “Paul Tillich as Public Theologian,” “Process Theology,” and “Double Belonging: On Multiple Religious Participation.” He regularly co-teaches a course on Gandhi and King with Cornel West. Thatamanil is an Anglican/Episcopalian who also reads and practices in traditions of Hindu and Buddhist nondualism. He is also an ordained Priest in and the Diocesan Theologian for The Anglican Diocese of British Columbia. 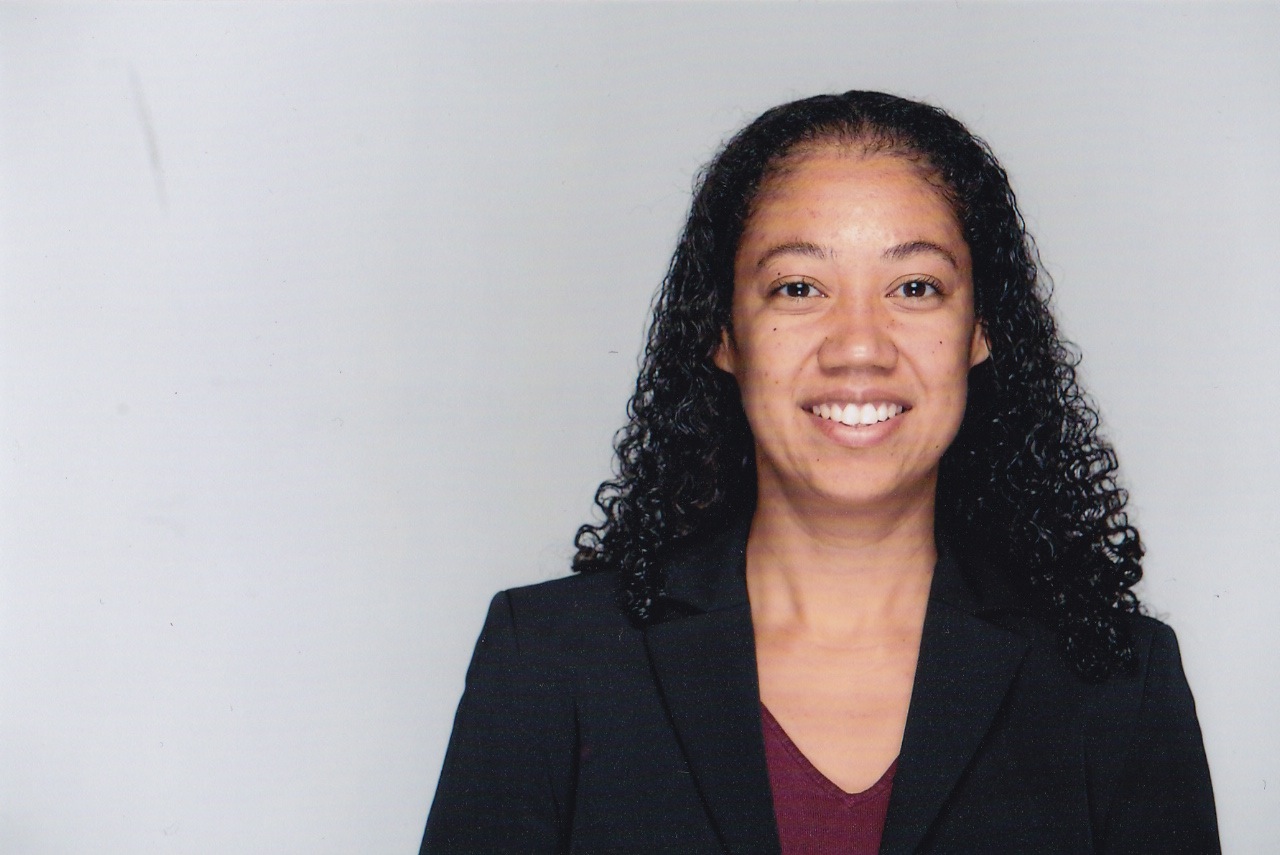 Dr. Rima Vesely-Flad is Visiting Professor of Buddhism and Black Studies at Union Theological Seminary. She is the author of Black Buddhists and the Black Radical Tradition: The Practice of Stillness in the Movement for Liberation (NYU Press, 2022) and Racial Purity and Dangerous Bodies: Moral Pollution, Black Lives, and the Struggle for Justice. (Fortress Press, 2017). She is currently at work on a new manuscript, The Fire Inside: James Baldwin, Audre Lorde, and the Dharma (Forthcoming, Harper Wave, 2024). She leads retreats and classes for dharma centers throughout the U.S. 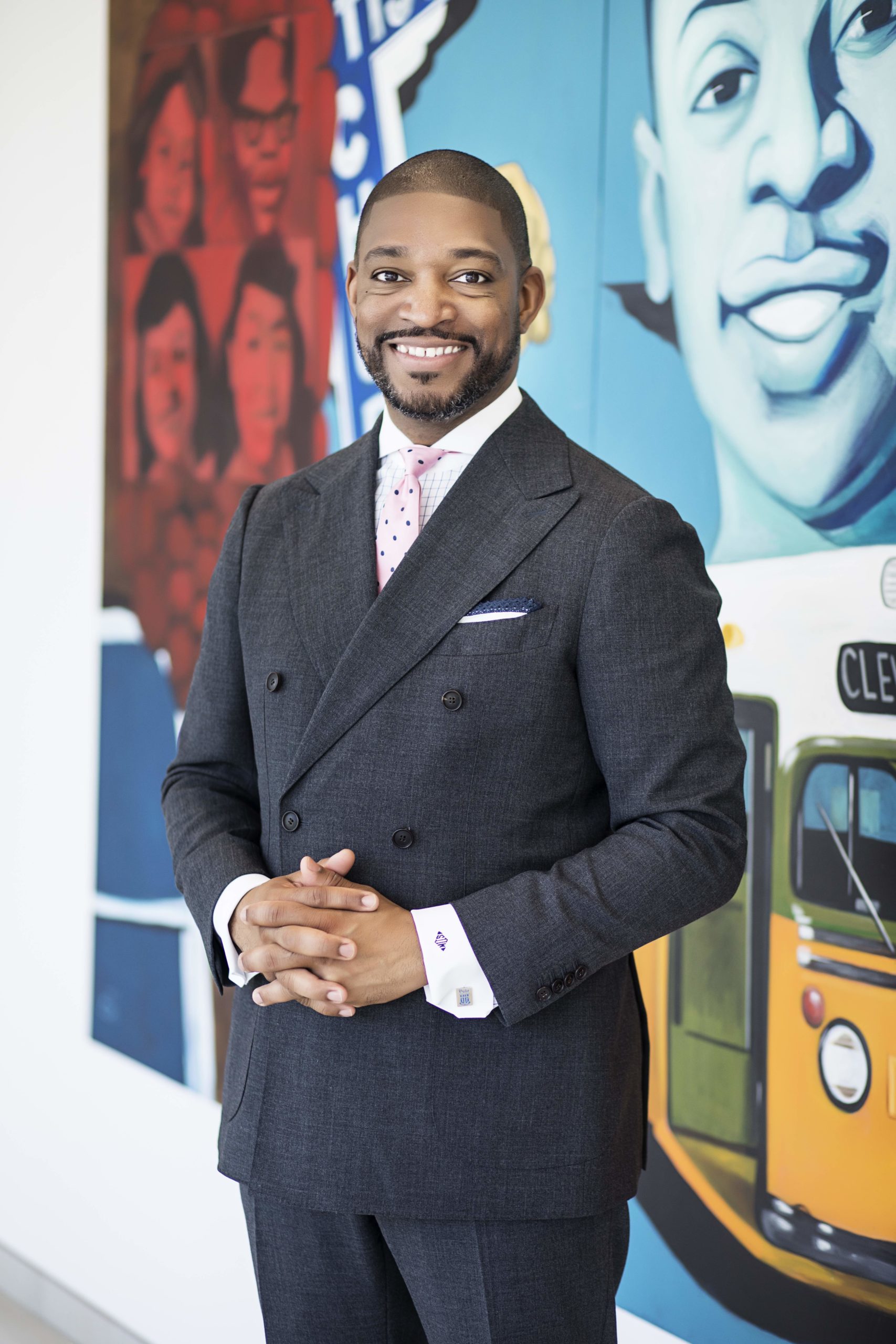 Rev. Dr. Starsky Wilson is president & CEO of the Children’s Defense Fund (CDF) and CDF Action Council. CDF envisions a nation where marginalized children flourish, leaders prioritize their well-being, and communities wield the power to ensure they thrive. From 2011 through 2020, Rev. Wilson was president & CEO of Deaconess Foundation, a faith-based philanthropy for child well-being and racial justice in St. Louis. From 2008 through 2018, Dr. Wilson also pastored Saint John’s Church (The Beloved Community), a multiracial congregation in the city. Dr. Wilson earned a bachelor’s degree in political science from Xavier University of Louisiana, Master of Divinity from Eden Theological Seminary, and the Doctor of Ministry from Duke University. He is married to Dr. LaToya Smith Wilson, a dentist and child advocate. They are raising four children. 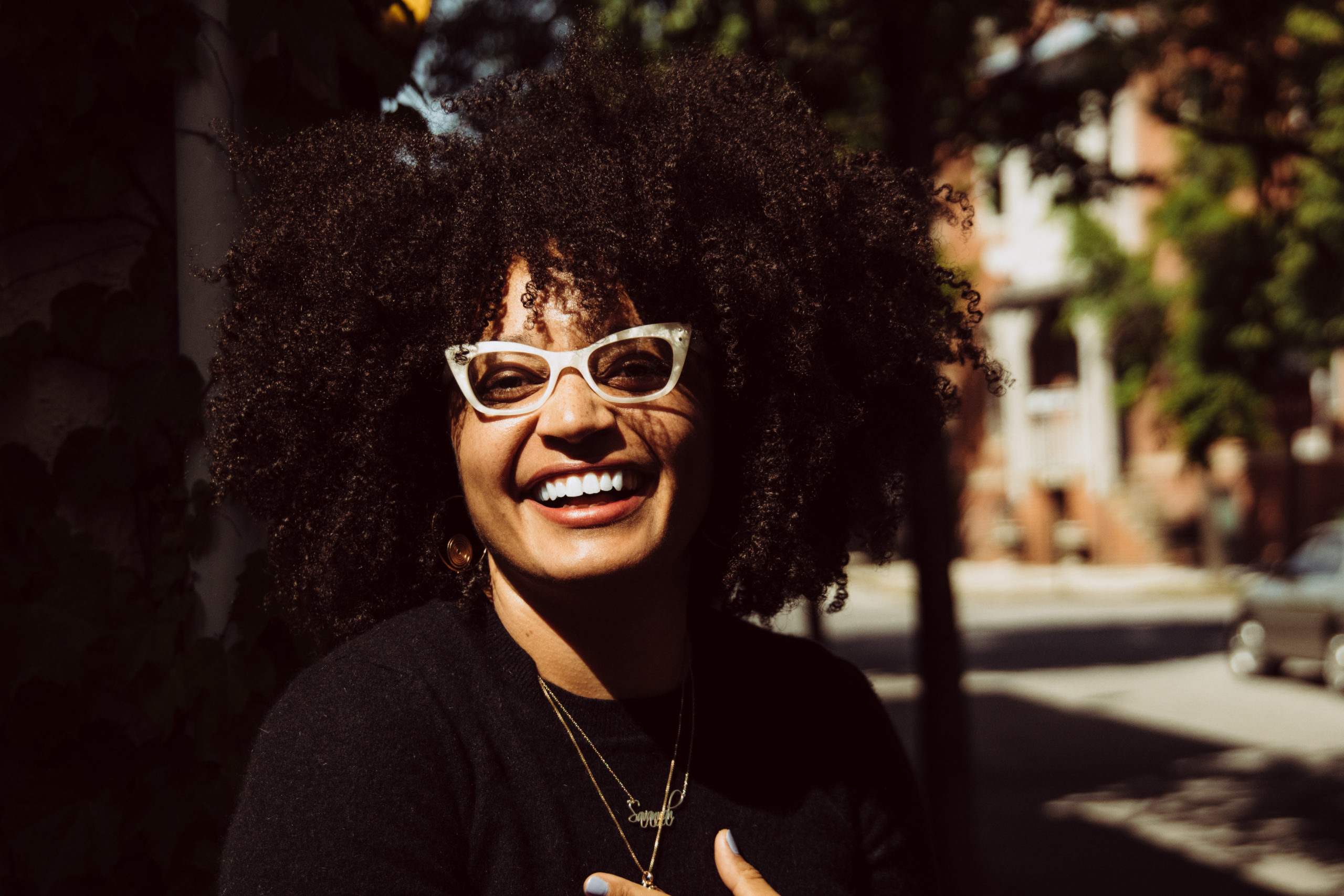 Savannah Wood is an artist with deep roots in Baltimore and Los Angeles. Wood works primarily in photography, text and installation to explore how spirituality, domesticity, and our relationships to place shape our identities. Major themes in her work include ancestral research, reframing land as a readable archive, and depicting humans as part of, rather than separate from, the natural world. Wood is also the Executive Director of Afro Charities, where she creates infrastructure to increase access to the 130-year-old AFRO American Newspapers’ extensive archives. Wood is a graduate cum laude of the University of Southern California, a 2022 Saul Zaentz Innovation Fund fellow, 2022 Creative Capital finalist, and a 2019 – 2021 Robert W. Deutsch Foundation fellow. Like four generations of ancestors before her, she lives and works in Baltimore, Maryland, sharing and preserving Black stories.