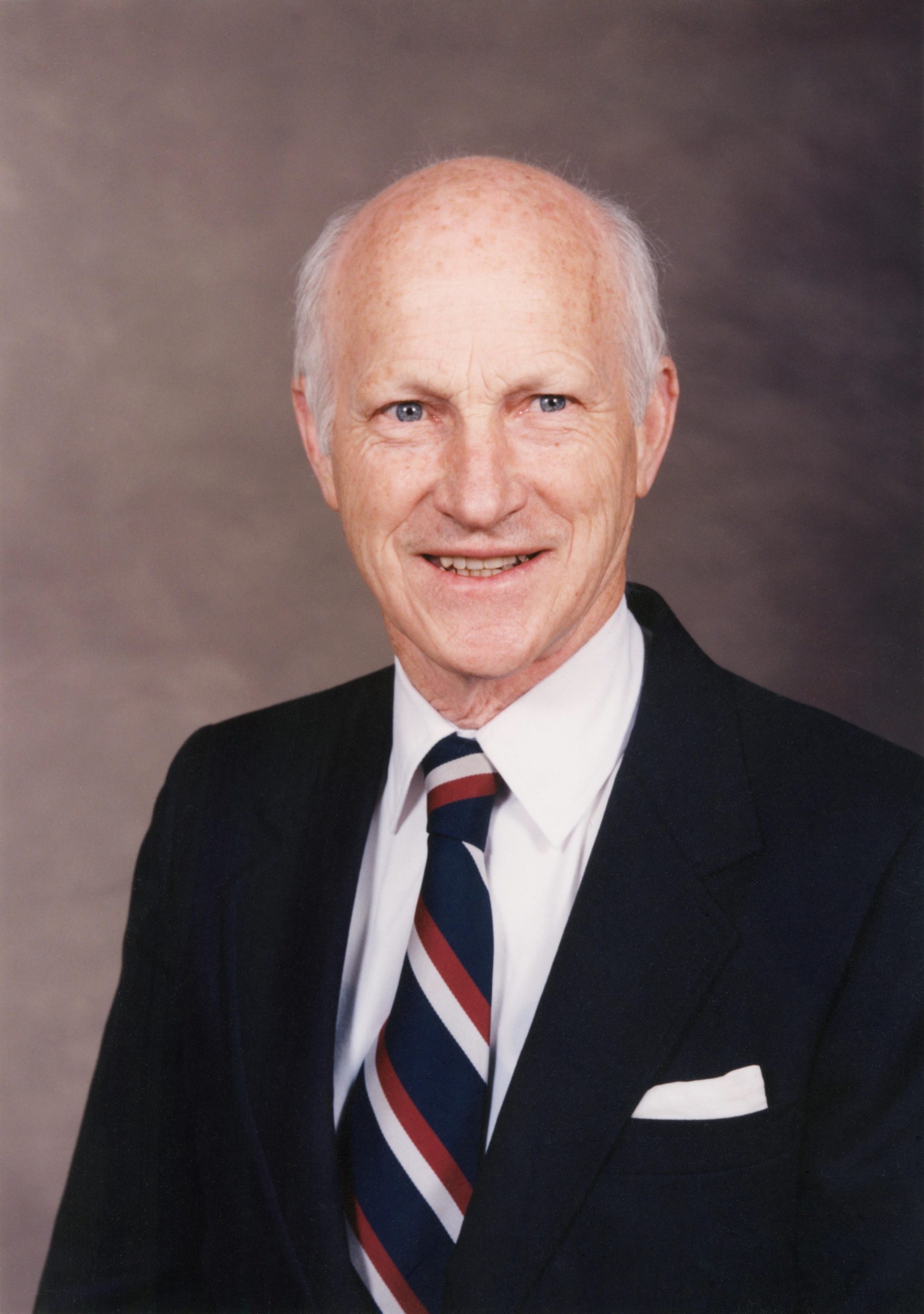 David Hunter McAlpin, Jr., born January 19, 1928 in New York City, died peacefully, surrounded by his four children on August 5, 2022 in Skillman, New Jersey after a long, full life. Widely known as Mac, he was of the generation in which frugality was a virtue and sharing your blessings was a moral imperative. After earning a BA in History from Princeton University in 1950 and a MDiv degree from The Union Theological Seminary in the City of New York in 1953, he was ordained a Presbyterian minister in 1957 at Witherspoon Street Presbyterian Church, a predominantly African American church in Princeton, NJ. As Assistant Pastor he was in charge of youth ministry. While at Witherspoon, he earned his MTh from Princeton Theological Seminary in 1961. Moving to Michigan in 1963, he led a nascent parish in East Detroit until 1970, when he and his family returned to Princeton, where he led churches in transition and counseled fellow pastors.

With Witherspoon’s Senior Pastor, Benjamin J. Anderson, Mac attended Martin Luther King, Jr.’s “I Have a Dream” speech in 1963 and took King’s lessons to heart. His lifelong efforts to forge a better world and a more just and desegregated society focused on providing housing to those in need and on prison reform work. In the 1950s he led efforts to establish integrated housing developments in Princeton. In 1986 he was a founder of Habitat for Humanity in the Trenton area, leading it for nearly 30 years. He also founded and was President of Capstone Corp., a non-profit, low-income housing developer serving Mercer County communities.

He initiated and oversaw in-prison programs and counseling with the New Jersey Association on Correction, a non-profit agency serving those impacted by crime and the criminal justice system throughout New Jersey, and with the Community Network, a prison ministry serving NJ.

Mac was deeply involved in the community in and around Princeton, where he lived for most of his life. Highlights are his service on the boards of the Stony Brook Millstone Watershed Association, a seminal environmental education and advocacy organization; the Princeton Blairstown Center, an outdoor education program serving at-risk youth from Princeton, Trenton, and other communities; and The Historical Society of Princeton. Well into his 90s, he was a founding board member of the Paul Robeson House in Princeton. His service to and attendance at Witherspoon spanned more than 65 years.

The first David H. McAlpin donated the McAlpin Collection of British History to the Seminary’s library. The Skinner-McAlpin chair currently occupied by Prof. Mary Boys was originally established by Union’s Board in 1873 to honor David McAlpin I and the Rev. Dr. Thomas Skinner, one of the Seminary’s founding Board members. McAlpin the First endowed it, and Mac throughout his life donated generously to the chair. He also donated generously to other funds at Union, including the Annual Fund and scholarships, among others.

Currently Mac’s son, David Mark McAlpin, serves on Union’s Board, making him the fifth McAlpin to do so.

Union Theological Seminary President Rev. Dr. Serene Jones shared, “Union alum and board member, David McAlpin was a social justice leader guided by his faith to work on behalf of our most vulnerable communities. He was also a philanthropist and supported Union among several other causes. I had the privilege of knowing him well, and he was an inspiration to me in so many ways. He was a remarkable man who will be sorely missed by all of us. His incredible legacy of justice and philanthropy lives on through his children.”

Modest in both size and ego, he was surprisingly strong and capable. He led a physically active life and loved ice skating, tennis, sailing, boating, and swimming in Chatham, MA and in the Adirondacks, as well as working on his farm outside Princeton. He also loved wearing his McAlpin plaid kilt for special occasions, including his 90th birthday celebration, and was proud that he never outgrew it.

The son of David H. McAlpin and Nina Underwood McAlpin, Mac was predeceased by both his wives, Joan R. McAlpin and Sally D. McAlpin. He was a much-loved moral beacon to his family — including his four children and their spouses, his four grandchildren, and two great-grandsons – and his friends and community.

There will be a memorial service and celebration of his life at the Witherspoon Presbyterian Church, 124 Witherspoon Street, Princeton, NJ on Saturday, October 8th at 11:00am.

In lieu of flowers donations may be directed to Union Theological Seminary the Skinner-McAlpin chair or Habitat for Humanity of Central New Jersey, 530 Rte 38 East, Maple Shade, NJ 08052 or to the office address of Witherspoon Street Presbyterian Church, 112 Witherspoon St., Princeton, NJ 08542.