UPDATED – memorial service information has been added to the bottom of this post. 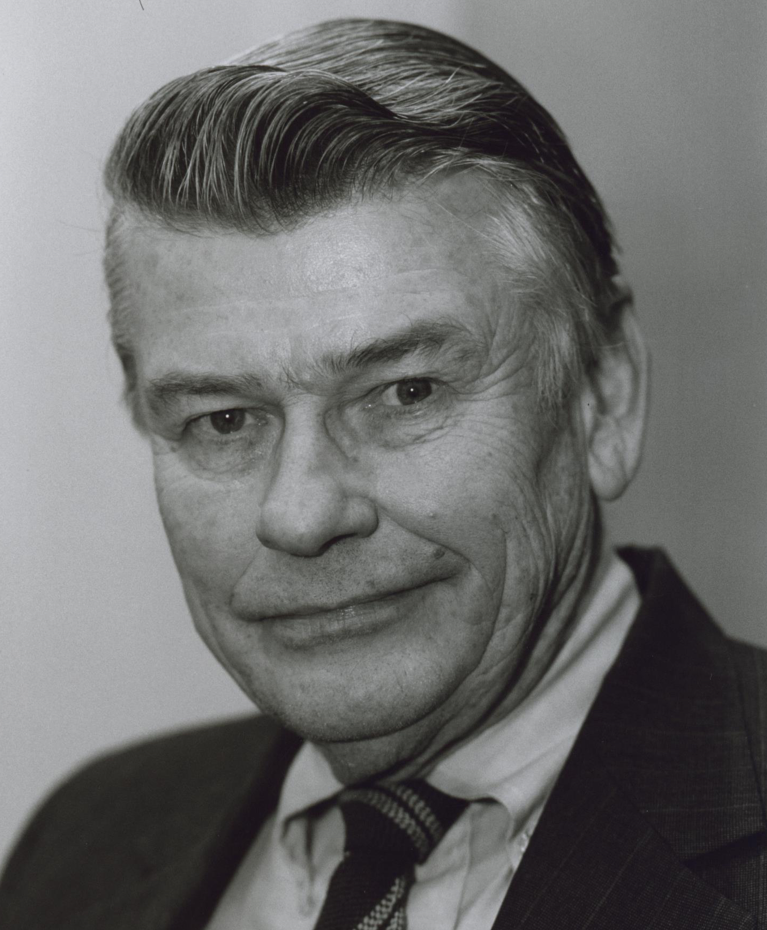 The Rev. Dr. Donald W. Shriver Jr., acclaimed ethicist and President Emeritus of Union Theological Seminary in the City of New York, died on July 28 at Mount Sinai Morningside. He was 93. President of Union from 1975 to 1991, he presided over one of the most pivotal periods in the institution’s history. In the words of Professor Emeritus Larry Rasmussen, “Don Shriver saved Union Theological Seminary. That should serve as tribute enough. But more than that, he navigated changes that put in place a vibrant future Union, markedly different from the institution he joined in 1975.”

Born in 1927 in racially segregated Norfolk, Virginia, Shriver was perhaps an unlikely candidate to become, in the words of Professor Cornel West, “the most prophetic seminary president in the late twentieth-century.” He was raised, in his own words, to “never know how many injustices” his Black brethren suffered, yet throughout his career he would never stop speaking out against these injustices. Shriver graduated from Davidson College in 1951, and subsequently enrolled at Union Theological Seminary in Richmond, where he received his BD (M.Div.) in 1955. After seminary, he was ordained in the Presbyterian Church (USA), and served as a parish minister in Gastonia, N.C. from 1956, until he enrolled in the doctoral program at Harvard University in 1959. After graduating, he embarked on a lengthy career in which he fought racism in church, culture and academia alike.

In his own accounting, Shriver took Rev. Dr. Martin Luther King’s “Letter from Birmingham Jail,” and its call to white ministers, deeply to heart. His first book, “The Unsilent South: Prophetic Preaching in Racial Crisis,” collected nineteen sermons across the Presbyterian South speaking out against the evil of white supremacy. That same year, church elders tried to have him fired from North Carolina State University campus ministry because of his participation in the march on Selma, but Shriver refused to back down.

In the ensuing years, Shriver became one of the nation’s foremost social ethicists, catapulting him to national renown. In 1975, he was appointed President of Union Theological Seminary in the City of New York (UTS), succeeding Roger Shinn. He assumed the presidency amid considerable doubt that UTS would be able to stay open, due to severe financial woes. However, through the timely sale of Van Dusen Hall, Shriver was able to usher UTS through its 1980 accreditation. But his tenure as president transformed more than financial stability. Through hiring now-legendary professors like Cornel West, James Forbes, Phyllis Trible, James Washington, Beverly Wildung Harrison, Larry Rasmussen and more, he ignited the seminary’s modern era as a diverse and justice-oriented institution.

“It has been an honor to know President Emeritus Shriver. As much as he was known as an ethicist and pastor and someone who passionately denounced white supremacy, he was a truly great man on a personal level and will be missed by many,” said Rev. Dr. Serene Jones, Union Theological Seminary President.

Both during his presidency and after, Shriver remained one of the nation’s foremost leaders. From his service as the 1979 President of the Society of Christian Ethics, to his longstanding tenure as a member of The Council on Foreign Relations from 1988 until his death, Shriver shaped both the academy and national politics. In 2009, he was awarded the Grawemeyer Award in Religion for his 2005 magnum opus, “Honest Patriots: Loving a Country Enough to Remember its Misdeeds.” He also received honorary doctorates from more than 10 colleges, universities and seminaries for his ground-breaking scholarship and prophetic leadership.

Shriver is survived by his wife Peggy, who was a ubiquitous presence on the UTS campus. As Assistant General Secretary of the National Council of Churches, together they helped shape the broader church’s witness on issues from the Vietnam War to economic and environmental justice. She also has authored many books of poetry, which Don was known to fondly read aloud, remarking “I love you, Peggy Shriver”. The couple were long standing members of The Riverside Church. The couple were awarded the Union Medal together, the seminary’s highest honor, on “Don’s Day,” May 13, 1991, a day-long tribute to Shriver’s 16-year presidency.

He is also survived by their children, Lionel and Timothy. He was preceded in death by their beloved son Gregory. A public memorial service is being planned for Sunday, September 19, 2021 at 3:00 pm in the Nave at The Riverside Church in the City of New York. The service will also be a tribute to Peggy, Don’s beloved partner in life and wife of almost 68 years, who will be leaving New York soon to live near her family in Iowa. A reception will follow the service. The family has asked that any memorial donations be made to Union Theological Seminary in support of the Dietrich Bonhoeffer Chair.