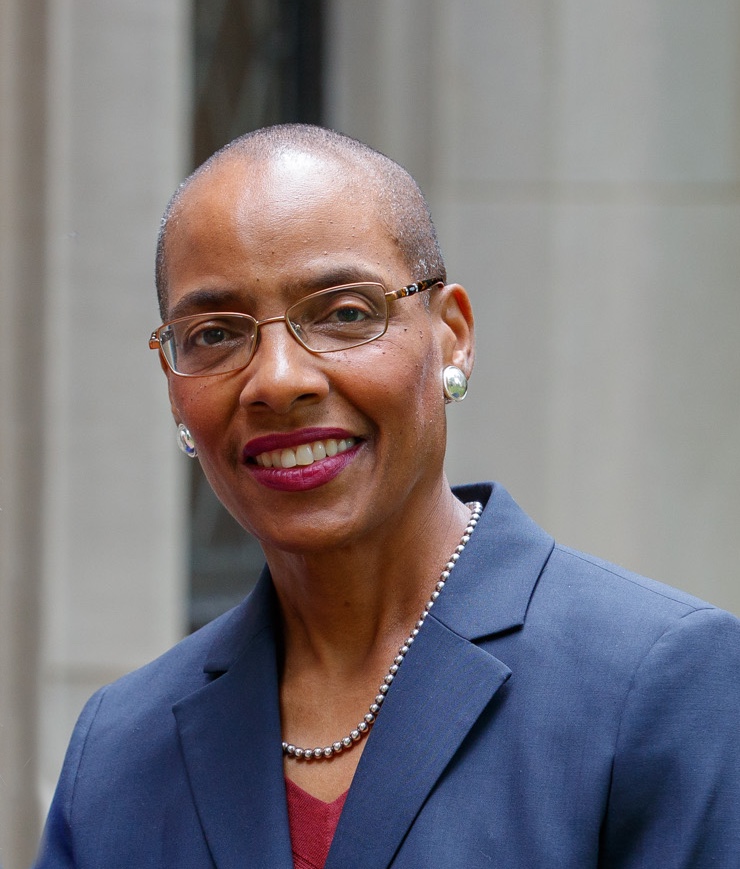 I hope this summer you have found time for rest and recuperation even as we continue to face challenging times.

Here at EDS at Union, we have been busy preparing for another entering class. This year, we are thrilled to welcome eight new MDiv and STM students to our larger Anglican Studies cohort. These students will be part of our total cohort of 21 MDiv and STM students along with 69 continuing education learners in our Anglican Studies Justice pilot program. I so look forward to learning from and with these new and returning students.

This academic year is particularly meaningful for me as it is my last as the inaugural Dean of EDS at Union. As you may have seen in this announcement, I will be retiring from my role as the inaugural dean of Episcopal Divinity School at Union (EDS at Union) and from The Bill and Judith Moyers Chair in Theology at the conclusion of the 2022-2023 academic year. It has truly been a privilege to serve in this role, working with our incredible students and carrying forth the EDS legacy of transformative ministry.

I am proud of the work that we have accomplished together over the past five years and am excited to see EDS at Union’s continuing growth and development. I continue to believe that EDS at Union plays an important role in the Church and that its work and witness for a just future is needed now more than ever.

This work and witness are abundantly evident in the following e-newsletter. What you will see is the ever-present dedication to forming a new generation of committed critical thinkers who will bring their faith to the public square to help to transform the communities they serve.

I remain ever grateful for the EDS legacy that has been entrusted to me and which you so faithfully carry forward.

EDS at Union Mourns the Passing of the
Very Rev. Dr. William Rankin

EDS at Union joins GAIA Global Health and friends and family across The Episcopal Church in mourning the passing of the Very Rev. Dr. William Rankin. Dr. Rankin served as dean of Episcopal Divinity School from 1993-1998 and was the author of two books, The Nuclear Arms Race: Countdown to Disaster and Confidentiality and Clergy: Churches, Ethics and the Law. He died peacefully and surrounded by family on the morning of Friday, July 22. His obituary can be read here.

A memorial service will take place on September 24th at 11 a.m. at St John’s Episcopal Church in Ross, CA. The family asks that memorial donations be made to GAIA Global Health and the Richmond Community Foundation. EDS at Union traveled with the Church of The Heavenly Rest through Atlanta, GA, Selma, Montgomery, and Hayneville, AL and visited The National Memorial for Peace and Justice in Montgomery, AL among many other sites. 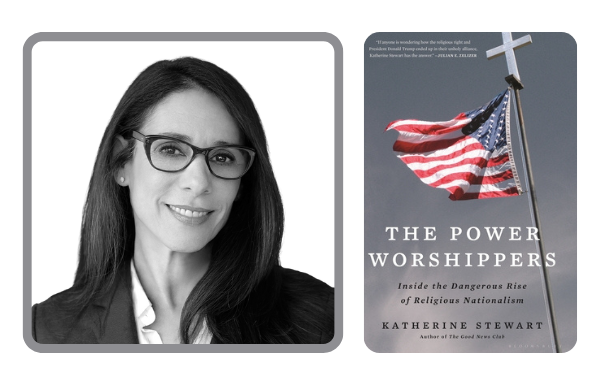 Congratulations to Jay O’Rear ’21 and Maryann Philbrook ’22
on upcoming ordinations!

Recent graduates Joseph (Jay) O’Rear ’21 and Maryann Philbrook ’22 will both be ordained in the Diocese of Bethlehem on August 20. Congratulations! More information on the ordination service here.

Just Three More Days to Get Your EDS at Union T-Shirt!

EDS at Union believes “The Way of Love is the Way of Justice.” Make a $50 contribution to EDS at Union’s annual fund today and receive a special t-shirt featuring that message. Purchase yours today! Response to Abortion and Gun Violence

On June 24, the Supreme Court released its decision on Dobbs v. Jackson Women’s Health Organization and held that the US Constitution does not confer a right to an abortion. Dean Douglas, the Rev. Gay Jennings ‘77, and Bishop Michael Curry all issued responses. Episcopal News Service produced a summary of responses available here.

Spring saw a spate of mass shootings including ones in Buffalo, NY, Uvalde, TX, and at an Episcopal church in Vestavia Hills, Al. Meanwhile, the Supreme Court issued a decision in late June which will make it easier to carry guns in some of the nation’s biggest cities. Click the above links to see responses from EDS at Union and other church leaders.

A memorial service was held at the Cathedral Church of St. Paul in Boston on June 12, 2022 to honor the life of the Rt. Rev. Barbara Clementine Harris. In this article from the Diocese of Massachusetts, Bishop Alan Gates is quoted, “Wherever you are in the diocese or throughout the world, we are grateful to lift our prayers of thanksgiving together with you. We gather to remember and give thanks to God for Barbara C. Harris, our sister, our companion, our bishop, our friend.”

In addition, at its annual Juneteenth Jubilee, the Diocese of Long Island initiated a new scholarship program for U.S. descendants of enslaved Africans, and made gifts to Voorhees College and St. Augustine College, two historically Black colleges founded by the Episcopal Church. Click here to see a recording of the service! In May, Dean Kelly Brown Douglas received the degree of Doctor of Divinity, honoris causa, from General Theological Seminary (GTS). During PRIDE, EDS at Union Office Manager Douglas Berger reflected on some of the key moments in LGBTQIA+ history and reminds us that the world only spins forward. Watch the video here.

Friends and partners from around the Episcopal Church have asked that the following job opportunities be shared with EDS alumni/ae and our wider network: 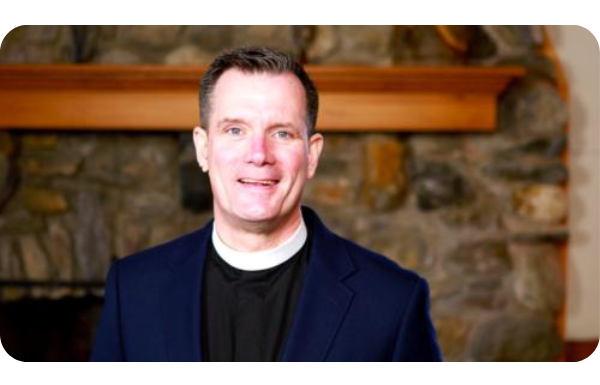 Congratulations to Bishop-Elect Jeffrey Mello ’07 on being elected the 16th bishop of the Episcopal Church in Connecticut, pending the required consent from a majority of bishops with jurisdiction and standing committees of The Episcopal Church. More about his election here.

The Rev. Carl Adair ’21 (along with Maryann Philbrook ’22) was accepted into the inaugural cohort of the newly launched Trinity Leadership Fellows program. Selected from over 270 applicants, the cohort will convene at Trinity Commons in New York City this September to deepen the skills needed to effectively serve their communities and congregations while building lifelong supportive peer and mentoring relationships.  Rev. Adair serves as the Assistant Rector at Zion Episcopal Church in Queens, NY.

The Rev. Paul J. Carling, Ph.D. ’02 has retired as Chaplain to the Episcopal Church at Yale after helping resurrect that ministry to a national model of serving college students and young adults (21-35), training seminarians in this ministry, and advocating with young adults for fundamental change in the church.  He is now enjoying worshipping with his wife Cherise at St. Paul’s on the Green in Norwalk CT, serving as chaplain to a new monastic order which welcomes all genders, making “good trouble” with the Poor People’s Campaign and Habitat for Humanity, gardening, and reading trashy novels. He couldn’t be happier!

The Rev. Tom Chesterman ’56 continues to reside in his retirement home (Brookdale Paulin Creek in Santa Rosa, CA). He is no longer able to commute to True Sunshine Episcopal Church in San Francisco but has begun regular non-denominational worship on Sunday mornings at his residence which has been well received.

The Rev. Nicole R. Hanley ’22 has accepted her first call to the parishes of St. Andrew in Walden, New York and St. Francis of Assisi in Montgomery, New York. She will start in August as their Deacon and then assume the role of Priest-in-Charge after she is ordained to the priesthood in September. She especially looks forward to empowering these parishes to thrive in the ways God is already at work in their midst and to help inspire them to go where the Holy Spirit may be leading them for God’s just future.

The Rev. Mark Henrickson ’80 continues as Professor of Social Work at Massey University in Auckland, Aotearoa New Zealand, and is active as an Anglican priest in Auckland and Northland. He recently published The Origins of Social Care and Social Work (Policy Press). The book examines the history of social care beginning from the Code of Hammurabi through the present day and argues that modern states have uncritically adopted a kind of civic theology in their social welfare policies. He is also lead editor on an international and interdisciplinary collection titled HIV, Sex and Sexuality in Later Life (also from Policy Press). Possibly the first book to consider later life intimacy in the lives of people around the world living with HIV, it includes contributions from New Zealand, Hong Kong, Bangladesh, India, Kenya, Ukraine, Switzerland, the United Kingdom, and Italy.  As traveling restrictions ease around the world he’d be pleased to hear from anyone passing through the South Pacific.

The Rev. Huston Horn ’69 recently relocated to Encinitas, CA from Pasadena. This summer, he will preside at the marriage of his fourth and youngest son (now 51!) with Polly Horn, and then sit back from any and all ecclesiastical doings. His health at 91 is pretty good (though posture is terrible), and his outlook is relatively cheerful. He sends love and Godspeed to all his surviving classmates.

The Rev. Charlene Leigh-Koser ’77 recently moved to a new permanent home in Lynn, MA. She is now retired and recovering from several health events, but hopes to soon get licensed to celebrate in the Boston area. In the meantime, she enjoys spending time with her growing group of grandchildren (three girls and one boy).

The Rev. Jeffrey Mello ’07, Rector of Saint Paul’s Episcopal Church, Brookline, Massachusetts, was elected on May 21 as the 16th bishop of the Episcopal Church in Connecticut. Pending a successful consent process, Rev. Mello will succeed the Rt. Rev. Ian T. Douglas, Ph.D., who announced his retirement just over one year ago. The consecration is scheduled to take place October 15, 2022, at the Connecticut Convention Center in Hartford.

Anthony Morley, ’55 is still an active Church member but in lay capacities only. His current locus is Sts. Luke and James Episcopal Church, Minneapolis, where he is involved in efforts to shift parish business to BIPOC-owned companies and institutions.

The Rev. Joseph (Jay) O’Rear ’21 has accepted a call to be Priest-in-Charge at Grace Episcopal Church in Honesdale, PA. His start date will be October 1st. Congratulations, Jay!

Maryann Philbrook ’22 (along with Rev. Carl Adair ’21) was accepted into the inaugural cohort of the newly launched Trinity Leadership Fellows program. Selected from over 270 applicants, the cohort will convene at Trinity Commons in New York City this September to deepen the skills needed to effectively serve their communities and congregations while building lifelong supportive peer and mentoring relationships.  Maryann is a candidate for ordination in the Episcopal Diocese of Bethlehem (PA) and recently began serving as a Curate at its Cathedral Church of the Nativity.

Rev. James Pratt ’02 has served as Secretary of the Board of Governors of the Montreal Diocesan Theological College (“Montreal Dio”) for the past three years.  This past year, he oversaw the negotiation of a new relationship with the United Theological Seminary.  As a result, Montreal Dio is now a joint Anglican and United Church seminary offering programs in both English and French. He continues as Incumbent of St Philip’s Church, Montreal-West.

It is with great sadness that we share the passing of the Rev. Lincoln Stelk, ’64. He is survived by his loving wife Virginia Jo Horn Stelk, his three children, Kirsten Virginia Stelk Frazier, Sara Georgianna Stelk, and Marla Josephine Stelk, and his three grandchildren, Michael Vernon Frazier, Sophie David Lincoln Frazier, and Joshua Curtis Frazier. You can read his full obituary here. Rev. Stelk passed away June 6, 2022, at the age of 87.

With deep sadness, we share news of the death of Rev. Dr. David Anthony Williams ’72. He was diagnosed with an aggressive brain tumor in early March 2021 and died following two surgeries, radiation, and chemo. David is survived by his wife, Linda; his sister, Bonnie Williams Flahive of Bedford, NH; and his brother, Bob Williams of Doylestown, PA. His full obituary is here. Rev. Dr. Williams passed away on September 14, 2021.