The Climate Crisis is a Matter of the Spirit : A Conversation with Karenna Gore

Alumna Karenna Gore is the founder and executive director of the Center for Earth Ethics (CEE) at Union Theological Seminary. Karenna formed CEE in 2015 to address the moral and spiritual dimensions of the climate crisis. Working at the intersection of faith, ethics, and ecology, she guides the Center’s public programs, educational initiatives, and movement-building. She also is an ex-officio faculty member of Columbia University’s Earth Institute. Previously she also served as the director of Union Forum at Union Theological Seminary, a platform for theological scholarship to engage with civic discourse and social change.

Gore grew up around the climate change conversation and had attended many convenings, lectures, discussions and organizing sessions around climate change. However, she did not take a leadership role on the issue until she was at Union, where she embarked on her M.A. at Union in 2011. She shared, “I had a really transformative education. I had the opportunity to study with James Cone, Gary Dorrien, John McGuckin, Liz Theoharis, Aliou Niang and other phenomenal teachers.” At the end of her program, Gore was offered a position as Director of Union Forum, where she worked to initiate the 2014 Religions for the Earth conference. The conference gathered over 200 religious and spiritual leaders from throughout the world and across Indigenous, Christian, Islamic, Jewish, Hindu, and Buddhist traditions to come together to, as Gore describes, “reframe climate change as a moral issue and galvanize faith-based action to address it.” The conference was a great success and led to the formation of Union’s Center for Earth Ethics.

The Center for Earth Ethics is, as Gore explained, a place to “explore the moral and spiritual dimensions of the climate crisis.” This exploration has given way to an examination of the root causes of climate change, which include the illusion that humanity is separate from the natural world, and the illusion that an economic system that values profit over common good is an effective one. “The fallacy of our economic models is that there are externalities—that you can have all this pollution and it doesn’t really matter, it doesn’t have to be written into your business plan, it doesn’t have to be accounted for in our laws. But in fact it’s not an externality, it’s coming back. We can see that the deforestation in the Amazon is connected to the melting of the ice at the poles,” Gore shared. “We’re so fortunate to have the Thich Nhat Hanh Program for Engaged Buddhism here at Union, and one of his teachings that I keep in mind a lot is ‘We are here to awaken to the illusion of our separateness.’ And the climate emergency does that. We want to communicate that this awakening, this dispelling of the illusion of separation, is a cause for creative energy for all of us to work together to address this. To forge a path forward that is not just survivable, but beautiful.’” 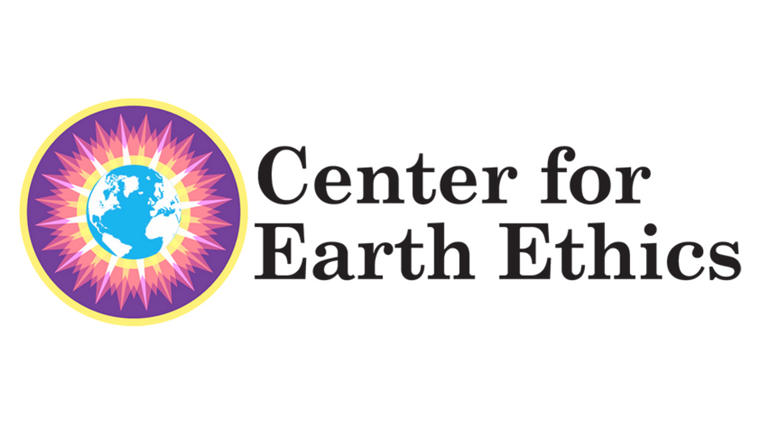 The Center for Earth Ethics’ offerings are multifaceted and include course education, public dialogue, movement building, and advocacy. “We’ve done some really strong work so far in bringing some things to the fore, in our particular way, that I do believe have strengthened the climate movement,” Gore shared. On April 22, CEE celebrated Earth Day with their “Earth Day 2022: Life Force” event that reached over 2,000 guests who came together virtually and in-person for an afternoon of offerings from scientists, thought leaders, and artists. In Fall 2022, CEE is planning a convening on Indigenous Peoples and Religious Freedom and will also continue collaborating with The Climate Reality Project to support training grassroots climate activists. These events highlight just some of CEE’s robust offerings. “It has become very important to listen out for where we are called,” Gore reflected. “There are many people, organizations, and communities doing this work all around the world. The challenge is to discern where we have value to add, and to maintain relationships with the communities that are most impacted by this issue in a meaningful way. It is a great opportunity, and it is an interesting, inspiring challenge.”

At present, addressing climate change is of great importance, and it will become increasingly important to address as we move into the future. When asked what advice she has for young activists looking to advance the work of climate justice, Gore had wise words to share. “I believe that breaking isolation, coming together, and seeing the best in everyone is an important piece of advice. Sometimes in the climate movement, like in any other movement, people get frustrated because they think it hasn’t been done right, or certain people aren’t doing things right, or whatever. And the advice I would give is that we all have different callings and assignments. My belief is that there are limits to human intelligence, and that there is a larger force for good and intelligence at work in this world that is best tapped into if we keep our hearts open, we listen out for where we’re called to work, respect that other people may have different callings, and collaborate in that spirit. Don’t get discouraged by the imperfections of the climate movement, because it’s very dynamic and it’s in process and it’s going to take many different people doing different things in order for it to all come together.”