Studying Buddhism within the Interreligious Engagement field at Union allows you to enter into some of the most exciting and challenging conversations of our time. How do we understand social justice through a dharmic lens? How do we engage one another’s faiths and traditions without causing harm? How do we orient spiritually in a time of climate instability? How does one respond skillfully to a world in need of deep healing transformation? At Union, BIE students are able to discern these questions and countless others together with a cohort of Buddhist students while also engaging widely ranging student perspectives across faith traditions. What we have found over the years is that few places are as academically exciting as a Union classroom. We invite you to add your voice to the conversation as we collectively find our way to a more peaceful and just world.

Union’s Thích Nhất Hạnh Program for Engaged Buddhism has been awarded a $500,000 grant from the Henry Luce Foundation!

Master of Divinity in Buddhism and Interreligious Engagement (M.Div. BIE)

The M.Div. BIE is a 78 credit, three-year professional graduate degree that allows students to pursue Buddhist ministry and chaplaincy within an interreligious, socially engaged context. This degree prepares individuals for diverse leadership roles working with and in Buddhist communities as well as bringing Buddhist practices and principles to communities that may not identify as Buddhist. These roles include religious and spiritual leadership; chaplaincy at universities, hospitals, or prisons; professional counseling; teaching; and careers in interreligious/interfaith cooperation, policy-making, social justice advocacy, journalism, nonprofits, and government. 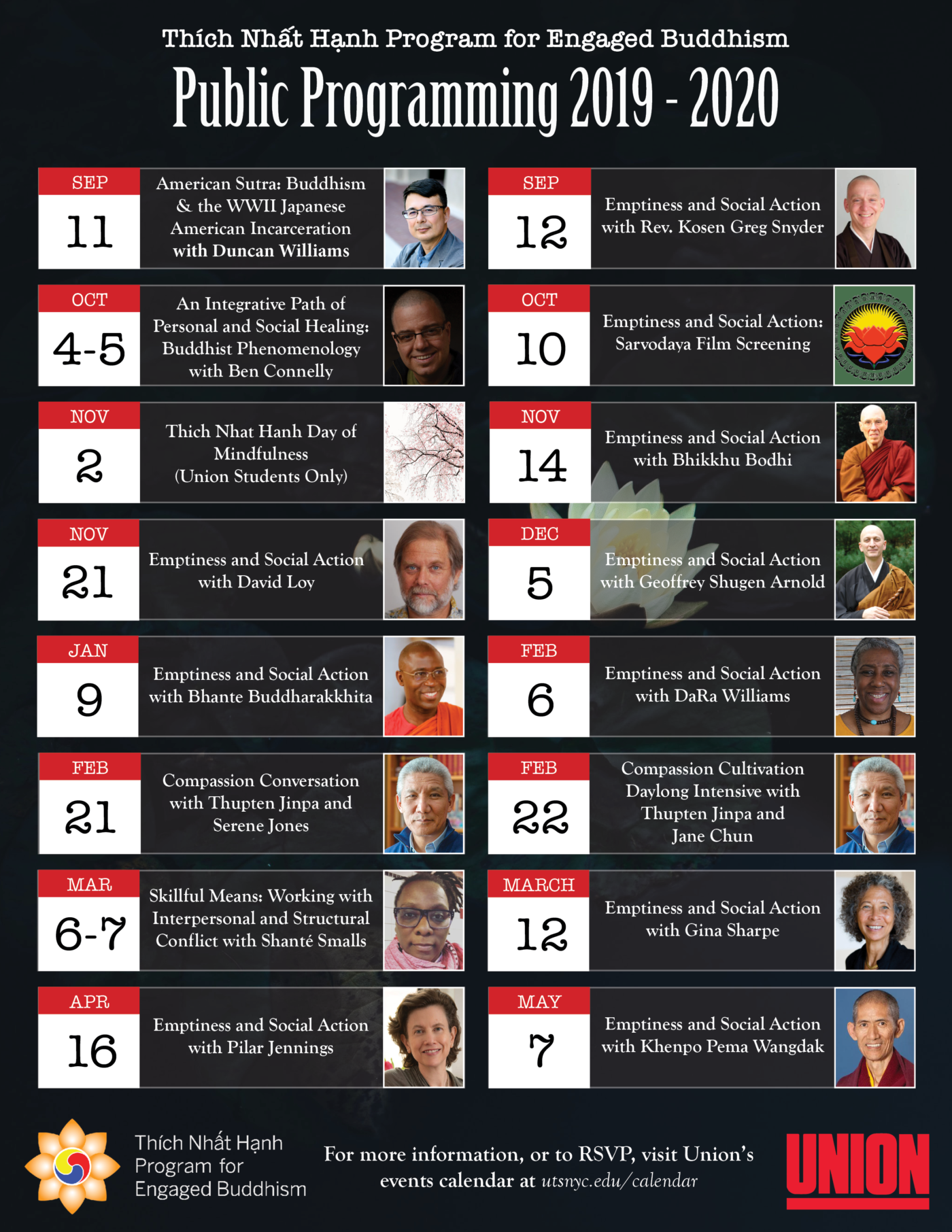 “Buddhism in the Public Square”

TNHEB organizes workshops, conferences and other events that bring together a small, interdisciplinary, and intergenerational cohort of New York-based scholars, dharma teachers, community organizers and social activists who are interested in critically engaging questions of Buddhism, academic and public scholarship, the intersection of contemplative practice and social justice and the seminary’s role in Buddhist community organizing and activism. These workshops aim to establish ongoing conversations and networks across New York City academic institutions, Buddhist centers, community-based organizations and activists.

An example of this in action was our February 3rd event, Buddhist Action: Morals, Vision, Action, where 225 engaged Buddhists met at Union to begin organizing a coalition of Buddhist individuals and organizations able to respond effectively to social injustice, violence and the increasing anti-democratic climate of our nation. This meeting gave birth to the Buddhist Action Coalition, a community of engaged Buddhists who organize in the New York region in coordination with broader national efforts. Union students are invited to participate in this ongoing gathering of scholars, dharma teachers and organizers who meet regularly at UTS to discuss and organize around these issues.

The Engaged Buddhist Leaders Program creates multi-day conferences for leaders in Engaged Buddhism who serve or intend to serve in religious, scholarly, community, or social leadership capacities. With a focus on bringing together dharma teachers whose voices and mutual exchange may not be regularly supported for reasons of gender, race and class, the program aims to nurture a community of dialogue among diverse Buddhist leaders; to foreground participants’ engagement of various aspects of the Buddhist tradition (including exegetical, ethical, spiritual and theological methods and approaches); and to cultivate more detailed knowledge around specific themes of contemplative action and social justice.

TNHEB activities are planned in consultation with the members of its Advisory Council. Members of the Advisory Council are selected based upon academic expertise, experience as leaders in the field of socially engaged Buddhism, and experience in interreligious engagement. 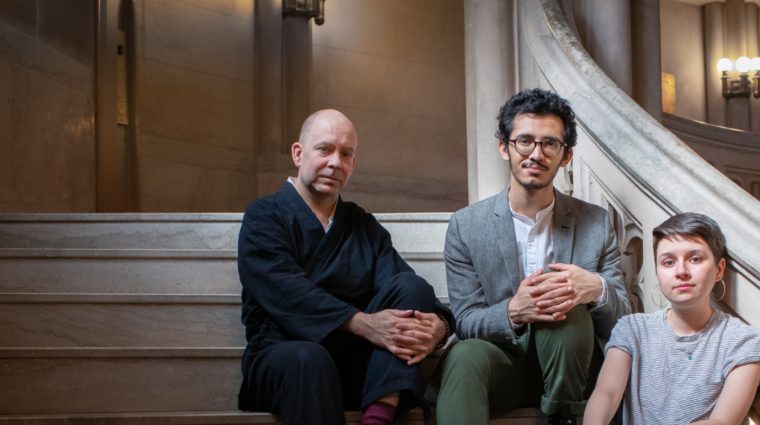 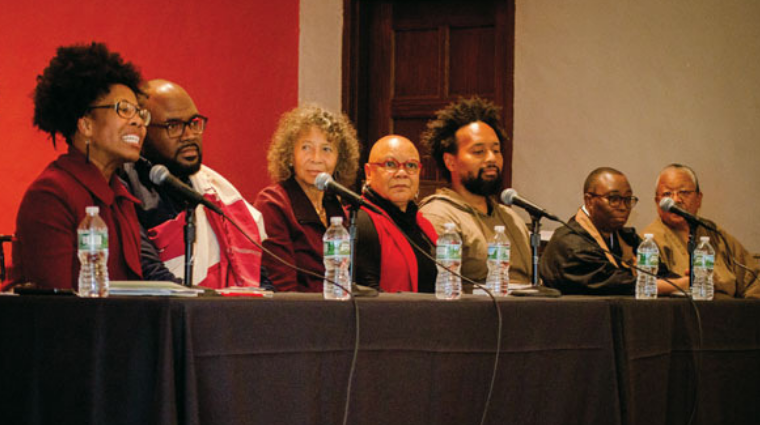 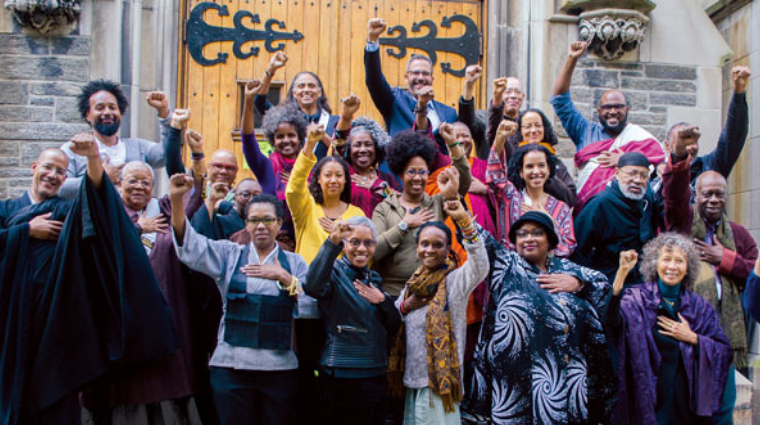 Dr. Kamilah Majied reflects her experiences at The Gathering of Buddhist Teachers of Black African Descent and what it means for humans to be free within ourselves, despite social, political, or “legal” imprisonment or persecution. 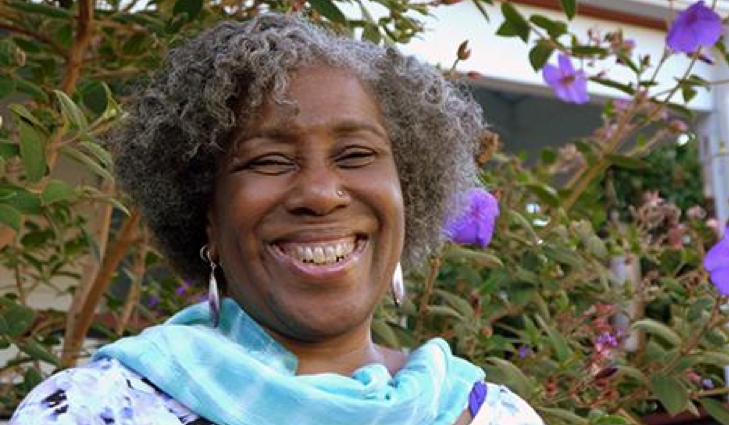 The Buddha spoke of four immeasurable dwelling places of the heart that we now practice called the brahmaviharas. DaRa Williams spoke about how even in the midst of the challenging moments of today, we can rest our heart and develop balance, joy, kindness, and care.

Abbot Ven. Bhante Buddharakkhita discusses how conceptual, inferential, and experiential knowledge into emptiness of an inherent self invites a response to circumstances that are stressful, painful, and violent.

Misunderstanding the teachings and truth of emptiness can lead to apathy, despair or rationalized disinterest. Sincere practice and correct understanding allows us to be truly and skillfully engaged within the world of samsara, without becoming overwhelmed by the suffering we encounter. 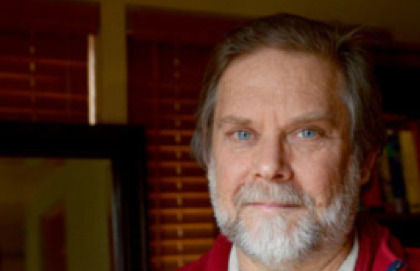 Ven. Bhikkhu Bodhi draws upon three classical Buddhist sources that deal with the legitimation of political authority: the suttas of the Pali Canon, the edicts of King Asoka, and Nagarjuna’s Precious Garland. He then applies the principles derived from this survey to the present-day question of a government’s obligations to its citizenry. 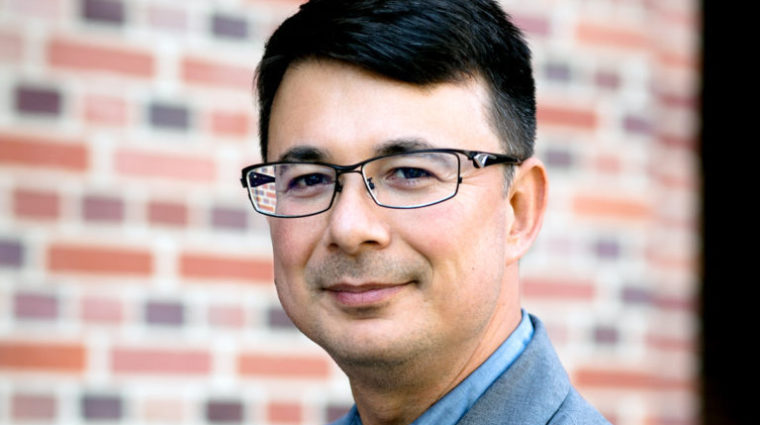 In the face of discrimination, dislocation, dispossession, and confinement, Japanese Americans turned to their faith to sustain them. American Sutra reveals how the Japanese American community broadened our country’s conception of religious freedom and forged a new American Buddhism.

The Thích Nhất Hạnh Program for Engaged Buddhism invites you to join us for our monthly Dharma Talk Series: Emptiness and Social Action. 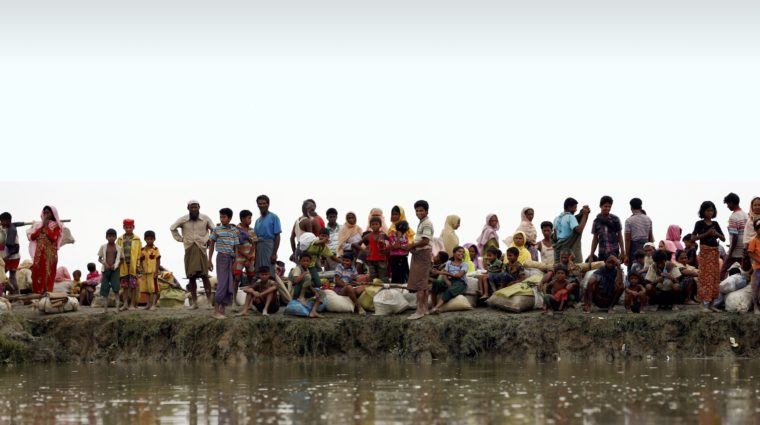 Co-hosted by the Buddhist Action Coalition, this conversation focused on the causes and conditions of the crisis, along with the role that Buddhist laity and monastic communities have played in the rhetoric and violence. 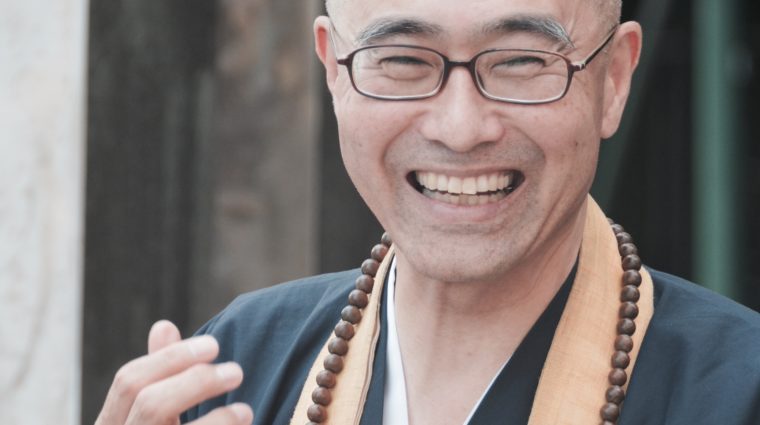 Rev. Dr. TK Nakagaki, author of "The Buddhist Swatsika and Hitler's Cross; Rescuing a Symbol of Peace from the Forces of Hate," in conversation with Rabbi, author and poet Sheila Peltz Weinberg and Professor Mary Boys.

Exploring Patience and its Strength

April 17, 2019
Ven. Khenpo Pema Wangdak leads a discussion and meditation on the subject of patience.

This unprecedented public gathering brought together 15 leading Buddhist teachers of black African descent from across the country to talk about dharma, the state of the world, and what it means to be a black Buddhist in America today. 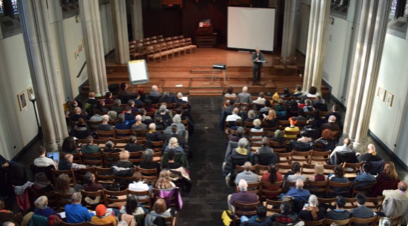 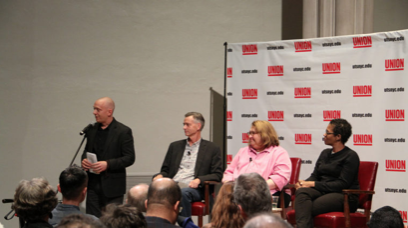 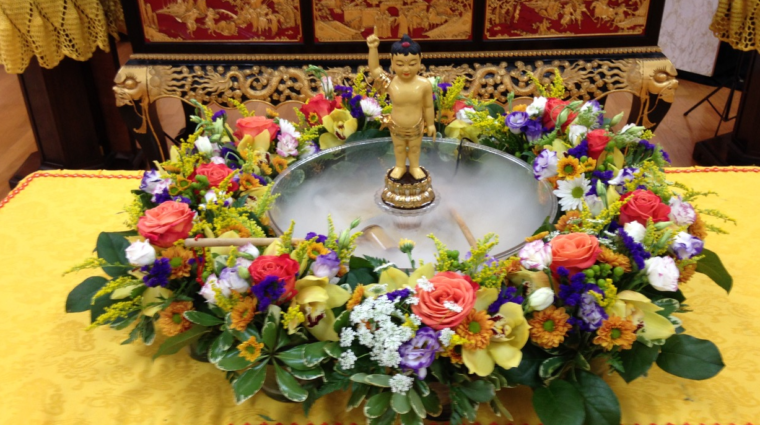 The Thich Nhat Hanh program and the Buddhist Council of New York partnered for Vesak festivities. Vesak marks the traditional celebration of Buddha’s birthday in countries around the world. Celebrating Vesak involves making special efforts to reduce the suffering of sentient beings who are less fortunate. 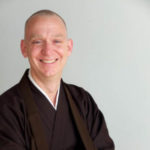 Rev. Kosen Gregory Snyder, Sensei is an ordained Zen Buddhist priest and dharma-transmitted teacher in the lineage of Shunryu Suzuki. He founded and is currently a senior teacher at the Brooklyn Zen Center. As Senior Director of Buddhist Studies at Union, Greg Snyder designs and oversees curricular work in Buddhism as part of the Interreligious Engagement field at Union Theological Seminary. To read more, visit his full bio.

Peace Twesigye
As Program Manager of Buddhist Studies, Peace Twesigye assists in designing and overseeing curriculum in Buddhist Studies, working directly with the Senior Director. Peace supports and creates spaces for contemplative practice that serve as a basis for students’ active engagement in and service to the Union community and supporting academic advisement of Buddhist students. Peace Twesigye organizes and manages public lectures and events as part of the Thích Nhất Hạnh Program for Engaged Buddhism at Union Theological Seminary to further expand its public offerings in socially engaged Buddhism. Additionally, Peace Twesigye co-teaches Introduction to Buddhist Meditation Practices alongside Professor Snyder. Peace is in the Community Dharma Leaders Program at Spirit Rock Meditation Center in Woodacre, CA and also offers meditation as a practice leader at New York Insight Meditation Center.