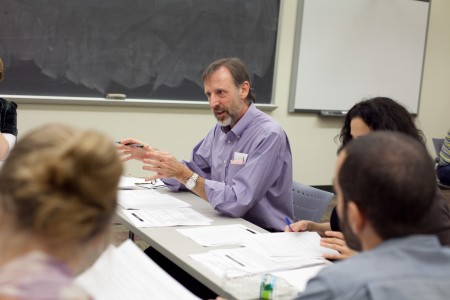 Union Theological Seminary in the City of New York was founded in 1836 and incorporated in 1839 under a charter granted by the Legislature of the State of New York. Its programs are registered by the New York State Education Department.

Union Theological Seminary is accredited by the Commission on Accrediting of the Association of Theological Schools in the United States and Canada and by the Middle States Commission on Higher Education. The following degree programs are approved:  M.Div., M.A., S.T.M., Ph.D.

Union Theological Seminary is accredited by the following agencies:

THE ASSOCIATION OF THEOLOGICAL SCHOOLS IN THE UNITED STATES AND CANADA

The Mission of Union Theological Seminary is to prepare women and men for committed lives of service to the church, academy, and society. A Union education develops practices of mind and body that foster intellectual and academic excellence, social justice, and compassionate wisdom. The curricular learning goals and outcomes applicable to each degree program reflect the Seminary’s commitment to this mission.

Student learning and curricular effectiveness are measured in the implementation of comprehensive, organized, and sustained assessment plans and processes for each degree program. Direct and indirect evidence of student learning maintained in students’ ePortfolios provide the documentary evidence upon which assessment of student learning and curricular effectiveness is based. Additionally, M. Div. students participate in Mid-Program Review conferences in the Spring of their second year.

Assessment at Union is a collaborative effort of the Faculty, The Academic Offices, and the Assessment Committee.

For a description of the current Assessment Plans (eff. April, 2014) click here.

For a report on the 2014 M. Div. Program Mid-Program Reviews, click here.

As a seminary and graduate school of theology we have close to 5,500 alumni scattered among 58 nations on six continents and across 41 denominations and religious communities.  Our graduates have always been at the forefront of the significant social movements of their time, whether it was the abolitionist movement of the 19th century, the civil and equal rights movements of the 20th century, or today’s continuing struggles for women’s equality, peace and democracy.

Grounded in the Christian tradition and responsive to the needs of God’s creation, Union’s graduates make a difference wherever they serve. In their diverse undertakings, today’s Union graduates draw on the spiritual and intellectual preparation afforded by their Union education. They serve in congregational ministries as ordained clergy and lay leaders, and in specialized ministries as counselors and chaplains, social workers, faith-based directors of ecumenical and religiously related agencies and theological educators. Union also prepares leaders for non-church related service such as teaching, nonprofit organization work, business, law, journalism, medicine and higher education.

Interviews with 710 alum showed that between 2001 and 2009, 43% worked as ordained clergy, 23% entered the academy, and 22% worked in social justice ministries.  Overall, 48 percent of our students go into congregational or specialized ministries and are serving over 90 social service agencies and faith communities in New York City.

According to the ATS Graduating Student Questionnaires for academic years between 2007-2012,  Union graduates rated: