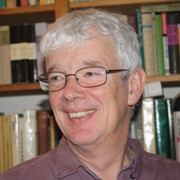 Professor Jan Rehmann holds two doctorates in Philosophy (Ph.D. and Habilitation) and is an internationally recognized critical theorist and social analyst. He has been teaching social theories, philosophy and modern languages (French and German) at Union Theological Seminary since 1998. He also teaches philosophy at the Free University in Berlin. His publications comprise several monographs, edited books and numerous essays, chapters and dictionary entries. In 2012, his book Max Weber: Modernisierung als passive Revolution received an award for the promotion of excellent publications in the Humanities and Social Sciences by the Börsenverein des deutschen Buchhandels.

Best known for his expertise in theories of ideology, hegemony and religion, Professor Rehmann combines scholarly research with public engagement and social justice activism. He co-founded the Berlin “Volksuni” (people’s university) and became its chief-coordinator (1986-92). Starting with a clandestine meeting in Czechoslovakia in 1988 between dissenting Marxists and theologians (e.g. Dorothee Sölle and Jürgen Moltmann), he has been engaged in many Christian-Marxist dialogues in Germany and the US. From 2005 onwards, he did extensive work with the Poverty Initiative, including classes on social theories, poverty and social justice movements (with Willie Baptist), several immersion trips with students, numerous lectures and presentations as well as the publication of the co-authored book Pedagogy of the Poor. He took part in Occupy Wall Street actions and published on the strengths and weaknesses of the movement. He is a founding member of the Berlin “Institute for Critical Theory” (INKRIT), a co-editor of the encyclopedia “Historical-Critical Dictionary of Marxism” (HKWM), a guidance counselor in the German think tank Rosa Luxemburg Foundation, and a member of the Advisory Board of the New York Left Forum.

SPRING 2021
The course is designed for students who intend to deepen their philosophical and sociological understanding of religion. After exploring the "masters of suspicion" (Feuerbach, Marx, Nietzsche, Freud), we engage Antonio Gramsci's theory of hegemony and WEB Du Bois' sociological analysis of the Black Church. We explore how Pierre Bourdieu's theory of "habitus" and "social field" can be used for a social analysis of religious attitudes. Students are acquainted with philosophies that focus on religions’ "utopian" dimensions (Ernst Bloch) and the "messianic" components of our life practices (Walter Benjamin, Jacques Derrida). We explore different and conflicting feminist approaches to religion and look at the relationship between anticolonialism, postcolonialism and decoloniality. What can we learn from the different critical theories for a more comprehensive engagement with religion(s) and religious movements?

FALL 2021
This course is designed for students in need of a solid background in Marxism, critical theories, and postmodernist approaches. We reflect on the intersections and differences between a Marxist and a theological critique of capitalism. Students compare the “Frankfurt School” (Horkheimer/Adorno) with Antonio Gramsci’s theory of hegemony. Major theories of ideology, subjection, and habitus (Althusser, Stuart Hall, Pierre Bourdieu) are studied and used to discuss symptoms of a current hegemonic crisis of neoliberalism. We get acquainted with some key concepts of postmodernism (Foucault’s “microphysics of power,” Derrida’s “deconstruction,” feminist debates on gender and sex) and of postcolonialism. What are the strengths and weaknesses of the discussed approaches in respect to textual interpretation, social analysis, and political strategy? How can we grasp the intersections of different ways of oppression (e.g. race, class, gender, sexual orientation) and overcome the fragmentations of social movements?

FALL 2020, FALL 2021
This seminar enhances the interdisciplinary nature of the Doctor of Philosophy program by inviting faculty (and other scholars) from different fields to attend to the ongoing dialogue among the different disciplines.

SPRING 2021, SPRING 2022
This seminar enhances the interdisciplinary nature of the Doctor of Philosophy program by inviting faculty (and other scholars) from different fields to attend to the ongoing dialogue among the different disciplines.