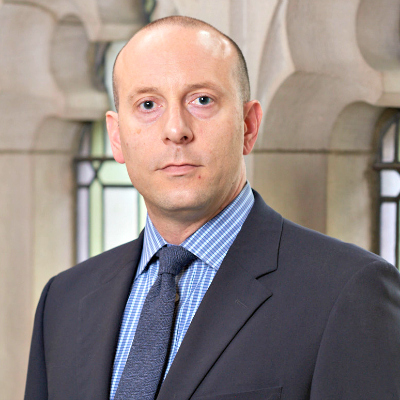 Professor Jeremy Hultin comes to Union from Perth, Australia, where he was Lecturer in New Testament at Murdoch University, and where he worked with Anglican ordinands at Wollaston Theological College, from 2012-2016. Before that, he taught New Testament at Yale Divinity School from 2003-2012.

Dr. Hultin is interested broadly in the history, language, and literature of ancient Judaism and Christianity, as well as in the broader study of philosophy and religion in the Mediterranean.

Dr. Hultin’s first book, The Ethics of Obscene Speech in Early Christianity and Its Environment (Brill 2008), examined early Christian rhetoric about foul language in the broader context of ancient discussions about the nature and propriety of speech.  Work on that book prompted an ongoing interest in the ways that gender, status, and ethnicity figure in ancient discussions of speech, and the way that social realities are revealed—and shaped—by discourse about how to talk.  In 2010, Dr. Hultin co-founded a new Society of Biblical Literature Unit called “Speech and Talk in the Ancient Mediterranean World,” which has brought together scholars from various disciplines.

Dr. Hultin has also completed a translation (with notes) for a bi-lingual edition of Hippolytus’s Commentary on Daniel, which will be published in SBL’s Writings from the Greco-Roman World series. Hippolytus’s Commentary is of special interest, as it is the earliest surviving Christian commentary on a book of the Hebrew Bible; furthermore, it is valuable source of information about Christian practice and belief at the turn of the third century.

Dr. Hultin is currently working on several projects, the largest of which is a commentary for the Hermeneia series on Jude and 2 Peter.