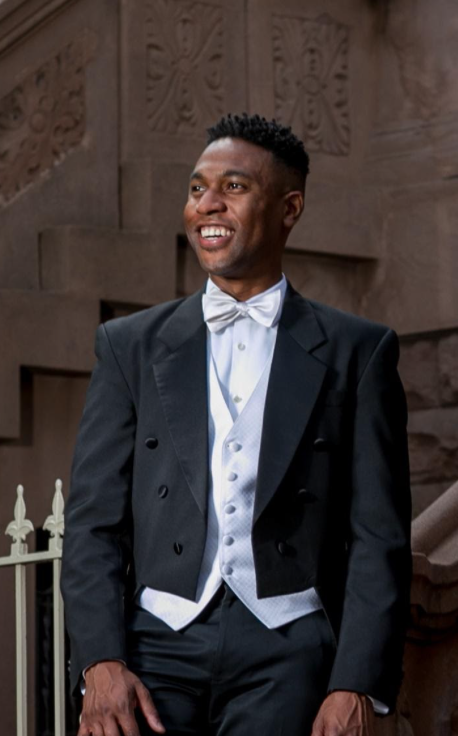 GRAMMY nominated conductor and baritone, Malcolm J. Merriweather, is Artist in Residence at Union Theological Seminary. He is also Music Director of New York City’s The Dessoff Choirs. He is an Associate Professor at Brooklyn College, and the Artistic Director of  “Voices of Haiti,” a children’s choir operated by the Andrea Bocelli Foundation.

He has conducted ensembles in venues that include Carnegie Hall, Lincoln Center, Madison Square Garden, Westminster Abbey, and at the Vatican before Pope Francis. His repertoire covers everything from Bach to the world premiere recording of The Ballad of the Brown King by Margaret Bonds (AVIE Records).

The baritone studied with Rita Shane and has been featured as a soloist throughout the United States and has premiered dozens of contemporary solo works. He was a fellowship recipient at Tanglewood.

Dr. Merriweather has earned degrees from Eastman, Manhattan School of Music, and Syracuse University. Connect with him on Twitter and Instagram @maestroweather and at malcolmjmerriweather.com