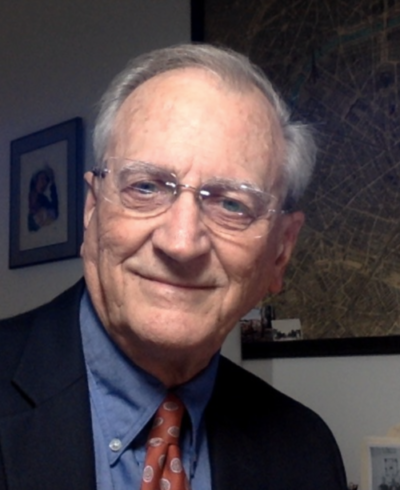 Professor Roger Haight is a native of New Jersey. He received the B.A. (1960) and the M.A. in Philosophy (1961) from Berchmans College, Cebu City, Philippines; the S.T.B. from Woodstock College, Maryland (1967); the M.A. in Theology (1969) and the Ph.D. in Theology (1973) from the University of Chicago; and the S.T.L. from the Jesuit School of Theology at Chicago (1981). His Ph.D. thesis was on Roman Catholic Modernism at the turn of the twentieth century.

Haight is currently a Visiting Professor at Union Theological Seminary in New York City where he convenes the Theology Field and teaches Systematic Theology.

Haight’s attention to fundamental issues in theology is reflected in his books on: the theology of grace, the structure of liberation theology, the nature and method of theology as a discipline, christology with attention to Jesus studies and the theology of religions, ecclesiology in its historical, systematic and ecumenical dimensions, spirituality as a Christian way of life in a secular world, and the dialogue of Christian theology with science and evolution. These books trace broadly the history of Haight’s career as a teacher and mentor of graduate students.

Roger Haight was the recipient of the Alumnus of the Year award from the Divinity School of the University of Chicago in 2006. He is a Past President of the Catholic Theological Society of America. Haight is a member of the Society of Jesus (Jesuits).

SPRING 2021, FALL 2021
This course explores the groundwork of Christian theology for those who have no background in the discipline. It builds on the conception of religious experience and characterizes Christian theology in dialogue with other religious traditions and ways of understanding reality.

SPRING 2022
This course explores the connections between theology, ethical theory, and moral practice in Christian spirituality in the broad sense of being in relationship with God. The course includes classic texts of Aquinas, Eckhart, à Kempis, Luther, Calvin, Ignatius of Loyola, and Kant; contemporary authors such as Rauschenbusch, Bonhoeffer, Rahner, Segundo, Johnson, Metz, Soelle, Gutiérrez, Sobrino, Cone and Copeland; and classic themes such as sin and grace, faith and love, imitation of Christ, love of God and love of neighbor, prayer, contemplation in action, option for the poor, vocation.

FALL 2020
This course studies the sources of christology in faith, revelation, scripture and a distinct conception of the method of theology. Building on the scriptural and patristic traditions, it engages the questions of salvation/liberation, Christ and other religions, the divinity of Jesus, and trinity. The goal of this course is not to survey a variety of christologies, but to follow a critical systematic or constructive method that remains faithful to the tradition, coherent with what we know of the world today, and empowering for Christian life.

SPRING 2021
This course explores the political, social and theological context within which the theology of John Calvin emerged and its pertinence to ongoing socio-political and theological issues in the present day. Particularly useful for students interested in the Reformed traditions, this course covers selections from the entirety of Calvin's Institutes of the Christian Religion (1559).